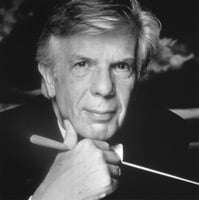 For his appearances as guest conductor of the New York Philharmonic, Christoph von Dohnányi served up a slice of contemporary music as a starter, followed by two courses consisting of more familiar fare. All three works benefited from Dohnányi’s lucid conducting style.

The concert began with Night’s Black Bird, written three years ago by Sir Harrison Birtwistle. Although probably best known for his operas and other works for the stage, Birtwistle has also composed a large number of works for orchestra and various instrumental groupings.

Like its longer predecessor, The Shadow of Night (30 minutes), Night’s Black Bird draws inspiration from an Elizabethan source – John Dowland’s lute song “In Darkness Let Me Dwell”. The first three notes of Dowland’s melancholy song are used as a musical motif in both compositions, and they both start and end with the same music. The title “Night’s Black Bird” is taken from another Dowland song, “Flow My Tears”, the first verse of which runs:
Flow, my tears, fall from your springs!
Exiled for ever, let me mourn;
Where night’s black bird her sad infamy sings,
There let me live forlorn.

In Birtwistle’s piece, the black bird’s song is only one of many bird-sounds in a richly orchestrated musical landscape. High woodwinds, especially the piccolo, flute, and E-flat clarinet, play a prominent role. This performance was extraordinarily well-prepared and performed. Dohnányi and the Philharmonic players drew the audience completely into the melancholic, dusky atmosphere as they led the way through Birtwistle’s dense terrain of strange nocturnal sounds and tangled polyphonies. 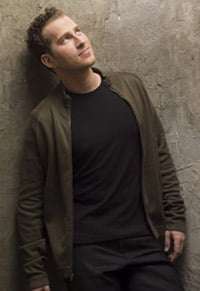 Nikolaj Znaider appeared confident and athletic when he came out to play Sibelius’s Violin Concerto in a shirt with an open collar, and a bright red handkerchief in the pocket of his jacket. His playing was impressive, too. He caught the audience’s attention with his soft beginning and listeners remained rapt throughout all three movements. This was a fine reading – direct, powerful and intense – with some moments of phenomenal playing, most notably in the bravura of the cadenza, and in the extrovert radiance of the finale. Dohnányi and the Philharmonic’s accompaniment, full of controlled vitality and sharply-defined detail, was magnificent.

After intermission Dohnányi led an authoritative, no-nonsense account of Beethoven’s Fifth Symphony. Instead of letting his ego get in the way of the music, he offered a balanced performance that paid careful attention to the overall structure of the work, without sacrificing any of its majesty or power. This was a compact, polished and compelling performance from the first bar to the last. The first movement – full of energy and warmth – moved forward with inexorable momentum, Liang Wang’s oboe-soliloquy making an especially fine contribution. The second movement was glorious, expertly sculpted to bring out all the smallest details, principal flute Robert Langevin melding perfectly with the other woodwinds. Dohnányi’s pacing of the finale achieved a powerful sense of inevitability. The orchestra sounded terrific in a performance that was both powerful and precise, and a welcome reminder of why listeners return to this work so often.