The present week of New York Philharmonic subscription concerts was to have featured Martha Argerich, but she withdrew for health reasons, something that came as little surprise given her history of cancellations and reports of ill-health. 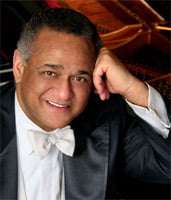 André Watts gamely agreed to replace Argerich in the Beethoven, and his clear-headed, affable approach to the work contrasted with what one might have expected from Argerich. Watts and Charles Dutoit were unified in adopting a lively and extrovert approach to the dissonance and unusually accented phrasing for which Beethoven showed a penchant early on, presenting a concerto with more in common with Haydn. Watts delighted with an unusual first-movement cadenza that was his own amalgam of most of Beethoven’s second-composed cadenza fused to the pyrotechnic final passages of his final one — a combination that Watts played with character and fluidity. Dutoit elicited particularly warm timbres from the woodwinds in the second movement Largo, to which Watts responded with a beautiful tone and an almost vocal character to the melody. Both Dutoit and Watts brought ‘alla turca’ phrasing to the finale, Watts playing the second subject with plenty of abandon, Dutoit and the Philharmonic players also having a roaring good time. Watts benefited from a piano that was well-behaved, at least on this evening; during the present season, Lincoln Center’s pianos have not been particularly co-operative. All in all, this very impressive performance not only made up for Argerich’s absence but served as a reminder of what a vital artist Watts is; all the more remarkable in that he has not played this concerto in some years, working it back into shape in a matter of days. 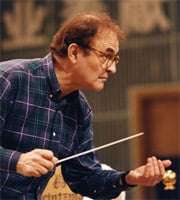 The program had opened with a bubbling rendition of the Overture to “Le nozze di Figaro”; Dutoit’s interpretation was historically uninformed and mostly in the best tradition of American symphonic sound, the whip-crack attacks and wide dynamics not detracting from Mozart’s musical jocularity.

Rachmaninov’s Symphonic Dances was his final completed work. The present performance did not evoke so much the soil of Mother Russia as the Academy of Music in Philadelphia — which should come as no surprise, in that Dutoit will soon become the conductor (if not music director) of the Philadelphia Orchestra. Dutoit did not seek something hard-driven or a full-bodied sound; instead he brought surprising focus to the work’s quieter and more delicate moments. This was not always successful, for in the wind passages leading up to the first movement’s long solo for saxophone, Dutoit’s attempt to elicit ultra-espressivo playing sounded clumsy; on the other hand, the shifting tempos that pervade the second movement’s more delicately-scored passages are a notorious obstacle course; Dutoit and the musicians brought edgy vigor and stunning precision to these passages. The finale – Rachmaninov exploiting the ‘Dies Irae’ in a movement that seems to schizophrenically shift from a ballet-scene to a Korngoldian cinema-score – lacked deep sonorities and percussive impact but was conveyed with uncanny transparency, revealing layers of music often buried. This was decidedly not consensus-interpretation Rachmaninov — and, while not completely satisfying, remained impressive for its risk-taking.

Dutoit seems to have re-thought his approach to La valse. The opening sonorities, among the most daring and colorful utilized by Ravel, were strangely reminiscent of Luciano Berio (who quotes La valse in the third movement of his Sinfonia) — the heart-beat phrasing of the waltz rhythm setting the foundation for portents of themes flickering into focus and dissolving out, almost like specters of waltz-tunes from not only Paris but also Vienna and Saint Petersburg. If things don’t quite ‘snap into place’ initially, Dutoit held a tight rein on the work’s oversize structure, keeping the momentum going through the waltz tunes, then piling the final series of climaxes one atop the other with greater and greater vehemence, until the final five notes – that did not so much hammer the work to an end as seem to pull the rug out in a manner that was not wholly satisfying — but then, there’s something to be said for a conductor with a strong point of view and the New York Philharmonic to carry it off.