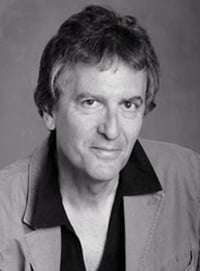 Bernard Andrès, an orchestral harpist, is also a composer of pieces for the unusual combination of winds and harp. Chants d’arrière-saison (Songs From a Past Season) was originally scored for cello and harp, then later was revised for horn and harp before this version (1995) for bassoon and harp. Judith LeClair, the New York Philharmonic’s principal bassoonist, made this neoclassical piece her own. It is rare to hear the bassoon showcased in this manner, but LeClair brought a soulful tone to her part, with articulation as varied as a string instrument.The piece consists of seven short movements, each with its own color, yet linked by style. The bassoon nearly always has a singing melodic line, rarely developed, but the melodies are pretty enough, and the brevity of each movement meant that they never became tiresome. The harp plays an accompanying role, frequently with four-bar phrases, and occasionally with special effects that seemed to fulfill no real musical purpose. This simple piece, reminiscent of Tchaikovsky in a dissonant phase, was not at all contemporary-sounding, and its total reliance on the strength of melody was pleasing.The Wind Sextet by Reinecke was similar to the Andrès in that it also felt earlier than its time. In his rambling introduction to the work, Philip Myers compared the composer (quite inaccurately) to Brahms, then remarked upon the piece’s difference from Stravinsky’s The Rite Of Spring, which succeeds it by less than a decade, before labelling it most accurately as “salon music”. An even more accurate label might have been “elevator music”, in that the piece did its best to be as bland as possible without offending anyone’s sensibilities.Unfortunately, it was a concert hall, not a salon, where the work was performed, so one was forced to pay attention to it. Melody was not a strong point for Reinecke, and most of these in the Sextet consist of arpeggios with appoggiaturas and little else. Solo lines are short and passed frequently between instrumentalists, giving the competent performers little chance to redeem them with their fine phrasing. Clarinetist Pascual Martinez Forteza had a longer than usual solo in the first movement’s exposition, and he made the most of it with his lovely phrasing. Still, once was enough: the exposition was repeated but unnecessary. The second movement was more of the same but slower, and the third, ditto, but faster. All six instruments played together throughout, and although the woodwinds had a lovely tone and balance, the two horns were frequently overpowering and muddy.More familiar fare followed the intermission, in the form of Dvořák’s “fabulous” Piano Quintet, as opposed to the “okay” one, also in A, according the introduction given by violist Robert Rinehart. (It seems that lately the spoken introductions are becoming more of a guide to music not worth hearing than a way to disseminate useful information.)The players gave the performance the energy and passion such a piece deserves. The strings were impressive in their unity of articulation and intonation, and pianist Eric Huebner was clear and sensitive in his phrasing. Cellist Ru-Pei Yeh had a lovely rich tone in her opening solo, but with no change of timbre in later solos. Rinehart sounded quite strained in his upper range, and had a small yet dark tone in the low end, but had spectacular musical phrasing. First violinist (and the Philharmonic’s assistant concertmaster) Michelle Kim was the biggest disappointment with her weak tone, although her technique was otherwise faultless and she brought suitable passion to her part. Second violinist Hae-Young Ham would have been a better choice for the first part. Her solo lines, featuring her rich, warm tone, were missed elsewhere. The ensemble as a whole played as if they had done so many times as a quintet, not just as fellow orchestral musicians, and each player seemed to be able to anticipate what the next would do, leading to quite a wonderful performance overall.