Chorus of the Mariinsky Theatre

This was the third programme of six in the New York Philharmonic’s three-week-long festival, “The Russian Stravinsky”, conducted by Valery Gergiev. Leonidas Kavakos’s performance of Stravinsky’s Violin Concerto was outstanding, but the highlight of the concert was a brilliant performance of “Oedipus Rex”.

“Zvezdolikiy” for male chorus and orchestra has sometimes been known as “Le roi des étoiles” (The King of the Stars), but Stravinsky preferred the title’s more literal translation as “The Star-faced One”. This relatively early composition sounds quite unlike Stravinsky’s best-known works, despite being composed in the period between his great ballet scores Petrushka and The Rite of Spring. Gergiev evoked incisive playing from the orchestra, with soft interjections from trumpet and harp adding to the complex textures created by the oversized woodwind section and eerie string tremolos. The piece began in striking fashion, with four chords voiced by seven choristers without orchestral accompaniment, but somewhat muddy vocalization in the rest of this short work made the chorus much less effective than it would be in “Oedipus Rex”.

Kavakos gave a winning performance of of Stravinsky’s neo-classical Violin Concerto, dominated by a pervasive and infectious sense of rhythmic pulse and ornamentation suggestive of Bach overlaid with pungent harmonies and dissonances. It is not so much a flashy showpiece for the solo instrument as a partnership between soloist and orchestra in which musicality is of the essence, and that collaboration was highly successful in this performance.

When Stravinsky learnt from Samuel Dushkin, the violinist with whom he worked closely as he composed this concerto and who was the soloist for its 1931 premiere, that an unusual chord – with intervals of a ninth below and an eleventh above its central note – could be played on the violin despite its considerable stretch, he used that chord, in varied guises, to begin each of the work’s four movements. Notwithstanding this unifying element, each movement has its own distinct character, which Kavakos and Gergiev ably projected – the first cheerful and jaunty, the second sweetly lyrical and playful, the third sad and pensive, and the finale propulsive and exuberant. George Balanchine recognized the score’s suitability for dance, choreographing ballets to it in 1941 (“Balustrade”, which Stravinsky regarded as among the most successful dance settings of his music) and again in 1972 (“Stravinsky Violin Concerto”), shortly after the composer’s death.

Following the opening chord (and three more) on the solo violin at the start of the first-movement ‘Toccata’, bright trumpets and then oboes set a march tempo, but rhythmic ambiguities crept in almost at once. Kavakos and Gergiev sustained the movement’s driving, dance-like character, with the violin darting back and forth between voicing the simple principal theme and accompanying orchestral passages in which winds and brass dominated the scaled-down strings. Kavakos played with a clear, ringing tone and incisive phrasing as he negotiated highly ornamented passages, and was joined by trumpets and winds to bring the movement to an end.

Both of the two middle movements are designated as ‘Arias’, and Kavakos’s playing of their lyrical solo parts was very much in the manner of song. After stating the sweet principal theme of ‘Aria I’, Kavakos’s wide leaps were echoed by the orchestra’s winds, with flute, piccolo and bassoon especially prominent, but with relatively little heard from the strings until late in the movement. Then, in the languorous ‘Aria II’, Kavakos’s playing was achingly heartfelt and touching as the winds again provided counterpoint.

Kavakos carried off the flashy pyrotechnics of the closing ‘Capriccio’ with due regard for the music’s underlying wit. Gergiev kept the Philharmonic together smartly through the complex counter-rhythms and syncopations, with many of the instruments making excellent contributions, including rollicking passages on piccolo and bassoon and an extended horn solo. As an encore, Kavakos offered a delicate rendition of the ‘Sarabande’ from J. S. Bach’s D minor Partita.

After the interval, the Mariinsky choristers returned to join Gergiev and the Philharmonic and four excellent vocal soloists for a thrilling performance of “Oedipus Rex”. At the work’s very conception, Stravinsky chose Latin as the language in which it would be sung, believing that this would be appropriate to the classical subject-matter whilst enabling audiences to appreciate the work with a degree of detachment. Jean Cocteau adapted Sophocles’s drama into a French-language libretto, which Abbé (later Cardinal) Jean Daniélou translated into Latin. Stravinsky conceived “Oedipus Rex” as a fully-staged opera, but called upon the singers to stand statue-like without interacting with one another. Impresario Serge Diaghilev premiered the work – which Stravinsky labelled an ‘opera-oratorio’ – in concert form, however, and it has most often been presented thus ever since.

Cocteau’s libretto called for narrations to be interspersed between the segments sung in Latin, but Stravinsky opposed having a speaker, believing Sophocles’s classic drama to be so widely known that audiences would be able to follow the drama unaided. However, Cocteau and Diaghilev prevailed on Stravinsky to have the tale narrated in the audience’s vernacular language – a fortunate decision, as Stravinsky undoubtedly overestimated the literary sophistication of concert audiences. Jeremy Irons was the superb narrator for this performance, and even with projected surtitles translating the Latin text that often duplicated the preceding narration, Irons’s recitations heightened the drama of each segment of the opera tremendously. 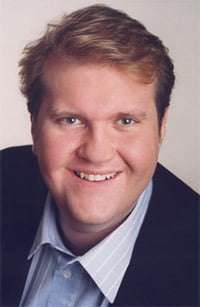 In the central role of Oedipus, Anthony Dean Griffey’s rich tenor rang out marvellously and expressively as he sang of the Theban king’s ill-fated life and tragic ending. Waltraud Meier had less to sing as Jocasta, but also performed her role quite well. Russian basses Mikhail Petrenko and Ilya Bannik were scheduled to share the work’s three bass roles – Tiresias, Creon and a Messenger – alternating which characters each would portray from one performance to the next. However, Bannik did not arrive in New York in time to take part in this performance, in which he was to have sung the roles of Creon and a Messenger, so Petrenko very ably sang all three bass roles, voicing only subtle distinctions among them.

Under Gergiev’s masterful direction, the orchestra and chorus were brilliant, infusing the performance with energy right from the episode that followed Irons’s introductory narrative. The Mariinsky choristers were outstanding in projecting Stravinsky’s striking harmonies and interweaving his contrapuntal vocal lines, accompanied by sparkling ornamentations from the piccolo and trumpets and powerful surges from the low brass. Griffey gave great dramatic weight to Oedipus’s promise to save Thebes from the plague and, in the second episode, to his vow to find the murderer of King Laius, his voice ranging from forceful declamation to a whisper. In this episode, Petrenko was somewhat underpowered in portraying Oedipus’s bother-in-law Creon, but then as the seer Tiresias in the concluding episode of Act One, his resonant bass came through more forcefully. The first act ended spectacularly with the chorus hailing the arrival Queen Jocasta to the accompaniment of drums, cymbals and blaring brass.

The opening chorus of the second act soon gave way to the much more gentle sounds of the female voice of Meier as Jocasta, accompanied by flute and harp. When she attempted to refute the oracle by recounting the circumstances of Laius’s death at a crossroads, the chorus joined subtly, giving depth to the passage as the orchestral winds embellished it with brilliantly played figures. The timpani punctuated Oedipus’s recollection that he once killed a man at a crossroads, and the woodwinds, trumpets and horns were spectacular and propulsive in accompanying the ensuing contrapuntal duet between Oedipus and Jocasta.

In the penultimate episode, a Messenger (Petrenko again) and a Shepherd (Alexander Timchenko) provided evidence making Oedipus’s guilt clear, with Griffey’s voice fading out and giving way to a trumpet fanfare. Fanfares also heralded the Messenger’s return in the epilogue to announce Jocasta’s death, aided by choral outpourings. Finally, the chorus sang gently of the populace driving the blinded Oedipus from Thebes, ending with soft quivering of the low strings, illustrated by Gergiev’s fluttering fingers.