In a few months, Alan Gilbert will officially become music director of the New York Philharmonic. He’s inheriting an orchestra that’s playing at its peak – thanks largely to Lorin Maazel, who is finishing out his tenure this season. Maazel may be erratic as an interpreter, but he has the Philharmonic musicians playing with a brilliance and polish that hasn’t been heard in many years.

The music-director-designate can elicit playing of disciplined gusto from this notoriously finicky band, too, as evidenced by the crisply-articulated, tonally-refined, and generally well-characterised performance of Dvořák’s The Golden Spinning Wheel. Perhaps some of the dramatic moments could have had more heft, and anyone who learned this score from Czech recordings, might find the woodwind sound a little bland. But it was an engaging rendition nonetheless, as well as a valuable one, since the orchestra has not played the piece since 1932 (under Thomas Beecham). 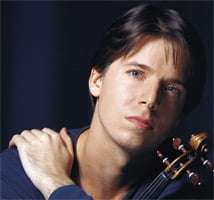 Saint-Saëns’s Violin Concerto No.3 is hardly a rarity at Philharmonic; the orchestra last performed it just two years ago. With a reading as fine as Joshua Bell’s, however, it’s churlish to complain. This concerto may be a warhorse, but it’s also a fairly fragile flower. Histrionics render it vulgar, and too much crooning gives it a saccharine flavour. Bell surely understands this. His playing was stylish, affectionate, and imaginative. One could hear every glistening note in even the most florid of the work’s many runs and ornaments. Gilbert proved a sympathetic accompanist, even if he occasionally seemed loath to let Bell play as elastically as he seemed to want to.

After the interval, Gilbert dusted off yet another gem, Martinů’s Fourth Symphony (1945), first given by the Philharmonic in 1986 (under Erich Leinsdorf) but never since. Gilbert’s interpretation was startlingly individual. To start with, his Martinů doesn’t swing as easily as most do, and his tempos are deliberate and rock-solid. The result sounded uncommonly tough, at times even grim, bringing it spiritually closer to the dark world of the Third Symphony. Gilbert balanced the score’s complex textures with great care, uncovering a wealth of detail, and the kaleidoscopic colours never became over-saturated (as they commonly do) so they retained a dazzlingly incisive focus.

There were a few missed opportunities, but only a few. The central, lyrical section of the second movement wanted greater warmth, and the slow one would have been more poignant if the strings had been allowed to sing more fervently. Overall, though, this was a stunning, at times revelatory, reading. Martinů’s Fourth may appear traditional in its framework, but Gilbert zeroed in on the music’s quirks and unorthodox aspects – its rhythmic irregularities and strangeness of syntax, for example – providing a feast for the ears.

A significant success, then, for Alan Gilbert, though he still has his work cut out. Philharmonic audiences can be as finicky as the musicians themselves, and not all of the ticket-holders were grateful for his revival of Martinů’s Fourth. Many of them abandoned their seats during the interval, and others followed suit once the symphony was underway.