The New York Philharmonic and music director Alan Gilbert, fresh from a European tour (the London concerts were reviewed here at Classical Source), opened their Carnegie Hall appearance with a performance of Wagner’s “Rienzi” Overture that was disappointingly bland and bloodless – with the startling exception of very assertive brass, whose abundantly forceful character sounded ‘spliced in’ from another performance. The big tunes sounded a bit too much like inflated Weber – and, yes, Weber was a clear early influence on Wagner, but the performance was devoid of Wagnerian character (let alone portents of the composer’s forthcoming works), and additionally hamstrung by a narrowed dynamic range. 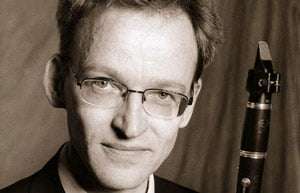 Magnus Lindberg’s Clarinet Concerto was written eight years ago and received its American premiere with the present performance. It is a strongly accessible work, more so than other recent pieces by Lindberg. The music has an abundance of densely textured material (Lindberg was a student of the godfather of “new complexity” Brian Ferneyhough), but framed in tonal-centric chromatic harmonies, sweeping melodic gestures, consistently colorful scoring, and frequently unrelenting forward motion, even in the music’s slower sections. Kari Kriikku has established himself as a leading exponent of contemporary clarinet music, and won an international following two decades ago for his astonishing recordings of post-war music. Kriikku is an enormously physical player, and he drew on a remarkably wide array of sounds from his instrument – timbral adaptations that made his instrument sound like an oboe or soprano saxophone, multiphonics played not for startling effect but to elaborate themes and motifs, and a stunning array of sounds in the instrument’s stratospheric high range. At times, Kriikku was nearly drowned out by the orchestra, but balances within the orchestra were generally very good, illuminating some particularly dense string writing. The members of the orchestra were far more physically engaged than they had been, and matched Kriikku’s virtuosity.

Sibelius’s Second Symphony followed intermission, and while all the notes may have been in the right place, the performance came across as efficient but ultimately unmoving. There were some very effective touches, particularly the warm and never overbearing sound from the brass in the first movement, but there were also more than a few interpretative misfires, including the opening pizzicatos of the second movement played with unerring precision but a degree too loud and too fast, and a third movement with amazingly precise string playing but little in the way of goose-bumps. Too few of the ‘big tunes’ carried any semblance of grandeur, and the crescendo in the finale’s final section didn’t seem big enough, though the sense of inexorable momentum was solidly conveyed. Gilbert seemed to frame the work as a showcase for the brilliant playing of the orchestra – as opposed to the music itself.

Gilbert and the Philharmonic broke with tradition and played an encore, Sibelius’s Valse triste. The tempos were misjudged – a too-slow opening and borderline-frantic, too-fast tempo in the middle – but the string playing was luscious. Matters were not helped by talking in the back of the hall at the beginning of the work — after which one of Carnegie Hall’s thoroughly professional ushers became the target of one patron who was ranting loudly and angrily, only to be quite literally chased away by another listener who had had enough of the disturbance.

The present concert marks the halfway point of Gilbert’s first season as the Philharmonic’s music director. Gilbert prefers to seat the orchestra strings in antiphonal-violin configuration, with cellos and double basses on the left, and no risers for the winds or brass. Ensemble playing was solid, but the orchestra never really hit a convincing fortissimo; likewise pianissimos were too loud. The strings have a much more gratifying sound in Carnegie Hall than they do in the orchestra’s regular venue, Lincoln Center’s Avery Fisher Hall; the violas in particular sounded warmer, and cellos and basses are brighter but not in the least degree strident. There were a few instances where the winds and horns swamped the strings, but not as many as I have heard with other orchestras at Carnegie in recent years. The present program is the best with the Philharmonic I have so far heard under Gilbert. The biggest problem remains the frustrating contrast between Gilbert’s relative blandness with standard repertoire and fervent performances of newer works.