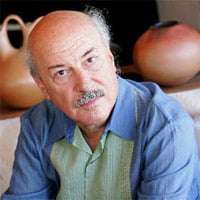 The New York Philharmonic’s decision to invite Steven Stucky to discuss new works with their composers and performers in its “Hear and Now” series may be geared toward non-musicians; nevertheless, it illuminates works in a manner that is very useful to listeners of all stripes. In discussing the work with Marc Neikrug, Alan Gilbert and the New York Philharmonic played two examples from Quintessence—Symphony No. 2’s faster section, disassembling one to show the main melodic material and adding additional layers, one that acts as melodic elaboration, the other a contrapuntal commentary.

As the full performance would reveal, much of the rest of the work is at a moderate or slow tempo, and some elaboration on this material would have been a welcome addition to the demonstration. Neikrug labels himself as a “new romantic”, and the work remains alternately clearly or vaguely tonal and is cast in a single movement that mimics the form of the classical symphony with formal embellishments (for example, a scherzo trio that reappears somewhat unexpectedly), and inhabits an aesthetic that can be compared to that of Samuel Barber, William Schuman, David del Tredici and John Corigliano’s music of the 1980s. It is not only sturdily crafted from a formal standpoint, but highly listenable, with melodies of alternating tenderness and deep gravitas that dominate the work’s opening section and the slow middle one, and rapid-fire music that holds the attention in the scherzo and the opening portion of the ‘finale’.

The orchestration is very traditional, and Neikrug seems to have a particular affinity for strings, sometimes warm and lush, at other times penetrating and powerful. The music, however, did not take flight in the hands of Gilbert and the Philharmonic; it was played with assurance and control, and the Philharmonic’s strings showed a warmth that is not always characteristic of their sound with post-war orchestral repertoire, but the performance was ultimately under-powered from a dramatic and emotional standpoint. 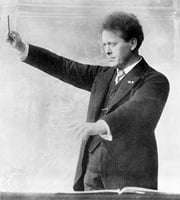 Richard Strauss’s Ein Heldenleben has been a litmus test of virtuosic orchestral playing — and conducting — for more than a century now. It was dedicated in part to one of the greatest orchestra-builders of all time, Willem Mengelberg — who himself made enormous contributions to the New York Philharmonic’s technical excellence in the early 20th century and made the first electrical recording of the work with this orchestra in 1928. In the hands of a great conductor and top-flight orchestra, the work can be one of the most exciting and dramatic in the orchestral repertoire.

So one can imagine the chagrin of this listener when the opening section, which is supposed to represent the ‘hero’, sounded closer to the Pillsbury Doughboy: soft, affable and a bit of a pushover — all the way through the section’s climax. When woodwinds and brass make their pungent entrance (representing critics), they sounded as if they had more backbone than the hero, and the accompanying figurations were dispatched with equal parts efficiency and sarcasm. In the third section, the Concertmaster takes on the role of the hero’s beloved. Glenn Dicterow and the orchestra played with more than the requisite warmth and humor, but the fanfares and music that precede the ‘battle scene’ failed both the ‘ominous’ and ‘goose-bump’ test; the battle itself had plenty of fortissimo and some detail (particularly woodwinds) got buried, but there was some unusually detailed playing from the percussion section that was strikingly good. The ‘works of peace’ was overly cautious, lacking on any flashes of character from quotations of Strauss’s earlier symphonic poems, and the final section, depicting the hero’s retirement, seemed rushed and perfunctory.

This was the most frustrating and disappointing performance of Ein Heldenleben I can recall. There’s no denying that the Philharmonic played the work very well, but it was nowhere close to anything else I have heard from the orchestra this season. Gilbert is an energetic podium presence, with an enormous beat and hard, slashing cues — some of them not altogether necessary. I wonder if he’d be more effective if he would place his left hand securely in his left pocket, ditch the baton, and rely more on his eyes and smaller gestures. It’s possible that I may have caught everyone involved (save Neikrug) on an off-night, but I cannot help but wonder if the Philharmonic has made the right choice for its next music director.