This program sandwiched the New York premiere of a twenty-first century American work between two classics of the early nineteenth-century repertoire. The evening opened with Jaap van Zweden leading an affable if somewhat sluggish account of Beethoven’s least performed symphony, the Second. Though less than desirably forceful in the opening movement’s Allegro, the performance offered some satisfying moments elsewhere, including a fresh and delicately molded Larghetto and a relatively high-spirited Finale. 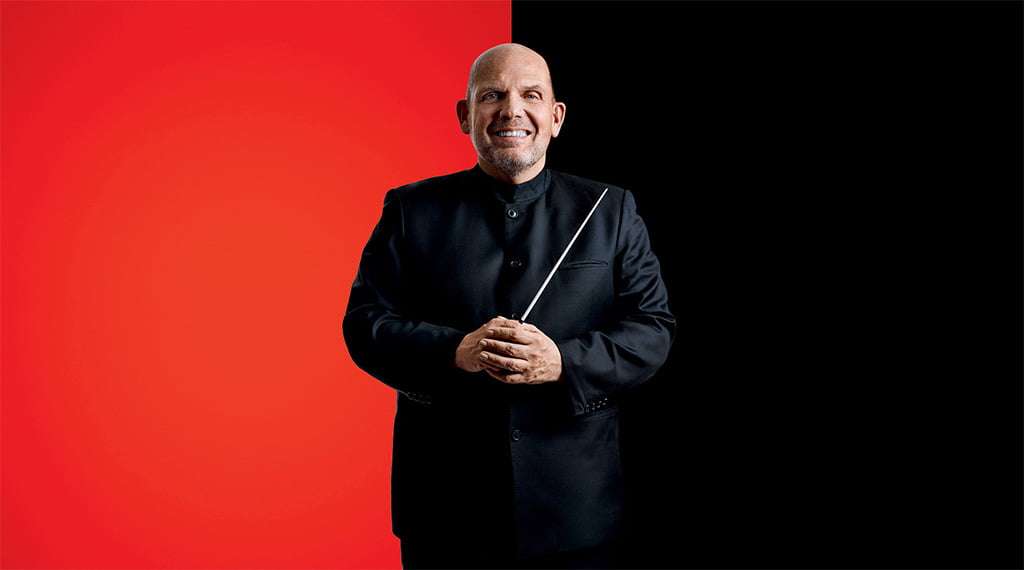 Things picked up considerably with the next item, the New York premiere of Steve Reich’s 2018 Music for Ensemble and Orchestra, the composer’s first piece for full orchestra in more than three decades. A co-commission of the New York Philharmonic with the Los Angeles Philharmonic, London Symphony Orchestra, San Francisco Symphony, Sydney Symphony and Baltic Sea Harmonic, the composition had its world premiere thirteen months ago in Los Angeles, conducted by Susanna Mälkki.

Reich’s early admiration for J. S. Bach is apparent in the perpetually pulsating score, which merges homage to the Baroque concerto grosso (specifically the Fifth Brandenburg Concerto) and the rhythms of Bollywood film scores. Consisting of five movements played without pause, it can be viewed as a sequel to Runner, the composer’s 2016 chamber opus for winds, percussion, pianos and strings, to which it bears structural similarity. Like Bach, Reich lets a smaller ensemble – the front strings and principal woodwinds along with two vibraphones and two pianos – do most of the melodic interlocking, while the members of a slightly larger orchestra – four trumpets and strings – provide more harmonic support. The players in the featured ensemble start off with propulsive double 16th notes and keep time throughout. The highly enjoyable, densely textured work constantly vibrates with rhythmic counterpoint and shifting tonal colors. Van Zweden and the Philharmonic players did justice to Reich’s eclectic score, successfully highlighting the jazz-like interplay, and delivering some delightfully fresh playing on the pianos and vibraphones, along with some glittering trumpet passages.

After intermission it was back to Beethoven. Yefim Bronfman brought his exquisite musicianship and exuberance to a dazzling and compelling performance of the Fourth Piano Concerto. In his hands, the opening Allegro was by turns glittering or smooth, as the music demanded. His rendition of the composer’s flamboyant first movement cadenza was expertly paced – alternately rhapsodic, opulent, fanciful and turbulent. The contrasting dialogue between the brusque, relentless orchestra and the softly pleading piano in the Andante was strikingly achieved with van Zweden’s solid and robust accompaniment holding its own against Bronfman’s commanding performance. An especially vigorous Finale brought the evening to a joyful and exhilarating end.