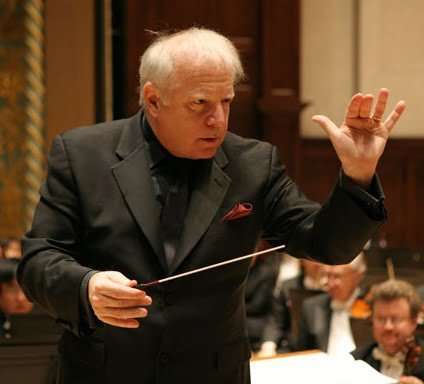 The focal point of the first half was Christopher Rouse’s Flute Concerto, but Slatkin first provided a curtain raiser: Aaron Copland’s El Salón México. It takes its title from a dance-hall that Copland visited on a 1932 trip to Mexico City and is based on several Mexican folk melodies. The music is pure Copland, however, and a showpiece of orchestration, with Matthew Muckey’s trumpet and Anthony McGill’s clarinet especially noteworthy. Slatkin guided the Philharmonic through the work’s quirky, off-beat rhythms with a sure hand.

Rouse is in his third year as composer-in-residence at the Philharmonic. His Flute Concerto had its world premiere in 1994. Its five movements have an arch-like structure, beginning and ending with slow movements titled ‘Amhrán’ (Gaelic for song) in which the flute plays a sweet melody over gentle harmonization by strings. The central movement is a touching ‘Elegia’ dedicated to James Bulger, a two-year-old murdered by two ten-year-old boys who abducted him from a Merseyside mall in 1993 at the time Rouse (born 1949) was composing the Concerto. Separating and contrasting with these slow-paced movements are a march and a scherzo, in which the flute plays rapid figures against a brilliant accompaniment. 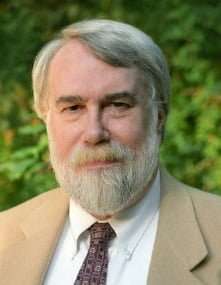 Robert Langevin (the Philharmonic’s principal flute) played the long, achingly-beautiful ‘Amhrán’ melody, evocative of Celtic music, with a lustrous tone and just the right amount of vibrato. A dissonant chord launches the ‘Alla marcia’ second movement, Langevin’s flute chattering animatedly and trading phrases with the orchestra, with percussion particularly active. As the ‘Elegia’ began, a bassoon solo introduced a doleful melody for the flute, followed in turn by a gorgeous chorale for strings, played magnificently and reminiscent of Samuel Barber Adagio and Elgar’s ‘Nimrod’. After an intervening cadenza, the chorale returns, building to a huge climax and then collapsing into chaotic dissonance before Langevin returned with a shorter but brighter reprise of the opening melody. The ensuing scherzo begins to bend the Concerto’s arch back toward its starting point. Bells, shrieking strings and outbursts from the woodwinds and low brass accompanied Langevin’s dance-like line, gradually becoming an Irish jig. After an extended orchestral crescendo, the flute bridges back to the ‘Amhrán’ motif. Here Langevin was contemplative, as if having digested all there was to learn from what had gone before. This was a superb performance.

After intermission, Slatkin prefaced Marius Constant’s 1988 orchestration of Ravel’s piano-masterpiece Gaspard de la nuit (1908) by having the opening passages of ‘Ondine’ and ‘Le gibet’ played first on their original instrument and then by the orchestra, pointing out how the arranger has captured so much of the atmosphere of Ravel’s original. Since Ravel had brilliantly orchestrated many of his piano works – as well as, famously, Mussorgsky’s Pictures at an Exhibition – Constant’s task was a daunting one, but he carried it off so well that his version might have been created by the composer himself.

Ravel was inspired by three poems of Aloysius Bertrand, a compilation titled Gaspard de la nuit, a euphemism for the devil. Constant (1925-2004) uses shimmering flutes, accented by harp and celesta, to paint the watery milieu from which the sprite ‘Ondine’, portrayed by a melody given to clarinet, emerges and unsuccessfully attempts to seduce a mortal before returning to her stream. ‘Le gibet’ depicts a hanged man dangling from the gallows, with bells ringing incessantly as choirs of muted brass and woodwinds play a funereal theme that is taken up by the strings. At the end, only the softly tolling bell remains. ‘Scarbo’ is a sort of goblin who appears as a vision in a moonlit bedroom. Constant transforms the piano piece into a dark orchestral movement with the contrabassoon portraying the evil creature and the percussion depicting stormy weather, but also adding glimmering highlights. Slatkin evoked an outstanding performance in this wonderful addition to the orchestral repertoire.

The evening ended with Boléro, in which melody, harmony and rhythm remain static and dynamics change only by means of a slowly developing crescendo that spans the entire work. The spectacular succession of solos and ensembles, set against the snare drum’s persistent pattern, seemed to please Slatkin as much as it did the audience; at times he just relaxed on the podium and let the music wash over him, a perfect way to complete the concert.