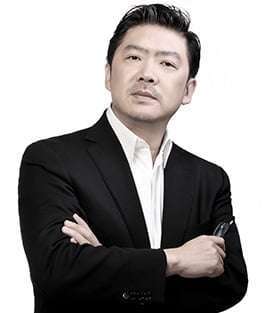 Yu is a prodigious force in his native China, where he directs three of its orchestras. He founded the Beijing Music Festival and served as principal conductor of that city’s Central Opera Theater. He created China’s first orchestral academy in collaboration with the Shanghai Symphony and the New York Philharmonic, and last year was named an honorary member of the Philharmonic’s International Advisory Board. 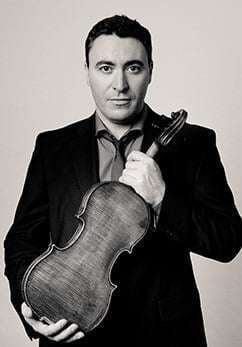 Vengerov needs no introduction. His remarkable technical skills were evident throughout the Tchaikovsky, his rhapsodic, freely nuanced style, characteristic of the old Russian school of violin-playing that produced the Concerto (Leopold Auer, Jascha Heifetz’s teacher, was its dedicatee) was impressive. His sensitive, soulful playing captured the dream-like serenity of the second-movement ‘Canzonetta’ with tones softened to a whisper. In the outer movements, Vengerov’s effusive treatment of the lyrical themes contrasted emphatically with his brusque, gritty and spirited reading of their first subjects. Impulsive rapidity informed the finale, and went far beyond it in a virtually maniacal conclusion that transformed the music’s nimble delicacy and light-hearted gaiety into harsh, turbulent and hard-driven self-caricature. In marked contrast, Vengerov’s encore of the ‘Sarabande’ from J. S. Bach’s D minor Partita (BWV1004) was tender and soothing.

After intermission, Yu led a strong, incisive account of Shostakovich 5. The opening movement generated a high degree of tension through a combination of unrelenting propulsion and raging climaxes, with occasional relief provided by some exquisite woodwind solos. For the most part, Yu stuck closely to the score, but in a few divertingly creative revisions of tempo, probably intended to heighten the music’s dramatic character, he may have gone overboard. For example, when the snare drum announces what has been claimed to be the martial approach of the enemy, Yu suddenly shifted the speed to double time, as if to add a measure of brutality to its already fearful character. During a rough-and-tumble Scherzo, he pulled back the pulse for the violin and flute solos in a highly mannered approach. Then, just before the close, he again slowed down for the solo oboe as if tenderly reminiscing over the subsidiary theme.

Yu’s best labor came in a soulful reading of the Largo, where deeply-felt sorrow was expressed naturally. Yet there was a tinge of yearning for relief from painful memories that emerge from the recesses of the soul in a shattering climax, and also expressed in hauntingly poignant woodwind contributions and the hushed serenity of exquisite string harmonies. In the finale, Yu generally observed Shostakovich’s frequent changes of pace. He deviated only during the climax of the brass-dominated first subject, cut off by an enormous cymbal crash followed by an off-beat gong whack. Yu markedly restrained the increase of speed for the brass’s augmented statement of the main theme. In the meditative central section, which recalls the somber lyricism of the Largo, winds and strings infused this haunting writing with a sense of mystery and heightened anticipation. Yu rendered the powerful robotic coda in a straightforward manner, without over-emphasizing the exposed timpani strokes. Overall, Yu demonstrated that he is an attentive reader of a score who is also not afraid to take risks.