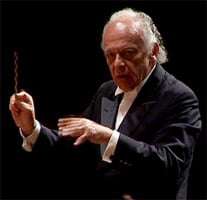 On paper, this New York Philharmonic programme promised effervescence, tempered with a touch of melancholy. In the event, however, the orchestra, led by music director Lorin Maazel, provided bubbly that proved somewhat flat, and the Glazunov Violin Concerto, played by Canadian violinist James Ehnes, turned out to be the highlight of the evening.

The opening passage of the overture to Rossini’s “La scala di seta”, with the violins sounding like laughter, might have been taken for the popping of a figurative cork, and the violins’ precision in an incredibly rapid passage a bit later on, echoed even more amazingly by principal oboe Liang Wang, were lively enough. But the performance overall never produced the sparkle that is, perhaps, the main reason for opening a concert with a Rossini overture.

Mendelssohn’s ‘Italian’ Symphony is a perennial favourite and is generally regarded as a near-perfect masterpiece, yet the composer was never satisfied with it, and until his dying day he undertook plans to make substantial revisions of this work. Mendelssohn’s attitude remains puzzling – even after this performance, which somehow managed to dull the symphony’s high-spirited cheerfulness. It is hard to say just where the performance went wrong; Maazel’s tempos were not aberrant and the orchestra generally played well, but the overall effect was heavy-handed instead of light and cheery.

The symphony began well enough with the woodwinds’ rapid-fire chords and the bright opening theme on the violins, and there was some fine playing in the first movement, particularly in the extended fugal passages, with Maazel fine-tuning the volume level of each of the string sections. The timpani provided just the right accents without overpowering and the trumpets chimed in nicely to create a change of mood late in the movement. Despite all of this, however, the movement lacked a sense of direction and gave no sense of closure at its end. The ensuing Andante con moto was better, as the cellos and basses maintained an ostinato undercurrent much of the time whilst the violas and violins alternated playing the principal thematic material. The strings, and especially the violas, were fine here, as were the ornamenting flutes and harmonising bassoons.

It was in the minuet-like third movement, marked Con moto moderato, that the performance strayed most noticeably. Here the music felt stodgy, crawling rather than dancing, and the horns were not at their best in the trio. The attacca opening chords of the finale (a tarantella although marked Saltarello: Presto) provided sudden propulsion, and the flute and its fellow woodwinds picked it up from there, with the violins’ strong down-beats leading the dance. Highlights here included whirling, fugal string passages, rapid wind runs, interjections from the timpani and trumpets, and sustained notes on the horns. The ending was also handled well, with the violins’ soft attempts to re-energise the dance rebuffed until the final crescendo into the brief coda. 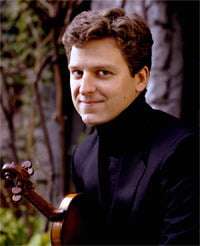 After the interval, Ehnes gave a first-rate performance of Glazunov’s Violin Concerto, ably supported by Maazel and the orchestra. Although he plays a Stradivarius (the 1715 “Ex Marsick”, on extended loan from the Fulton Collection), the opening passage of the concerto gave cause for concern, as it was rather light and airy, lacking the deep melancholic tone that the music cries out for. Fortunately, this did not prove a persistent problem, as Ehnes found ample tonal resources as he navigated through the concerto.

In the first movement, Ehnes played the second subject with a sweetly singing tone, then showed off his dexterity in a series of rapid runs. After an atmospheric orchestral passage, the solo violin returned for a brief transition into the second movement. The opening theme of the Andante sostenuto, the longest of the three movements, was poignant and tender, and Ehnes’s technique in playing double stops, trills and left-hand pizzicatos was formidable. As the mood changed in mid-movement, he rattled off rapid figures with gusto and then played a darker subject expressively, leading into the highly demanding cadenza. Here, Ehnes was at his best. The drums and trumpets, echoed by the solo violin, heralded the third movement, which opened with a bright theme but soon introduced a more melancholy subject, with Ehnes handling the change of mood most effectively. When the pace picked up again, Ehnes again showed off his prodigious technique in the pyrotechnics that led to the finish, concluding a satisfying and idiomatic performance.

It is uncommon nowadays to program Strauss waltzes in ‘serious’ concerts, but An der schönen blauen Donau (On the Beautiful Blue Danube) is certainly a masterpiece worthy of being heard after New Year’s Day. In this performance, however, Maazel outdid even himself in tinkering with tempos and heaping mannerism upon mannerism, which cumulatively went too far over the top. A particular flaw was Maazel’s overemphasis on the cymbals and drums, which almost seemed to take us off the dance floor and onto a military parade ground.