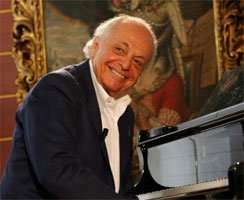 The music of Prokofiev and Berlioz has been central to the repertoire of Lorin Maazel since his career began nearly six decades ago. His debut recording — with the Berlin Philharmonic – included selections from these composers’ music for Romeo and Juliet. His present program with the New York Philharmonic included works from the beginning of each composer’s career along with a later work and opened with a performance of the overture to Berlioz’s opera “Benvenuto Cellini” overture that was at turns poetic and virtuosic — showcasing in particular the precision of the Philharmonic’s string section. The slower opening theme was played with particular beauty by the first violins, and the propulsive second section gave each instrumental group the opportunity to show off not only the assured technical command that has been the hallmark of the Philharmonic’s Maazel era but the work’s vivacious, bold orchestration. The lower brass was particularly impressive in the coda, laying a sonic foundation for the work’s thrilling conclusion. Maazel’s balances unfailingly favor finely-etched detail, but in this case not at the expense of the music’s color or beauty.

The Seventh Symphony was Prokofiev’s last major work, written a few years after the composer was politically censured for “formalist tendencies” in a notorious 1948 denunciation by the USSR Composer’s Union Chairman Andrei Zhdanov. Prokofiev managed a comeback coup with this work, ostensibly commissioned by the Soviet Children’s Radio Division as a work that would be understandable to young musicians and music-lovers. And while the work’s first theme is eerily reminiscent in some ways of Prokofiev’s contemporary Shostakovich, the second theme could well have come out of one of Prokofiev’s ballets. Maazel and the orchestra put particular emphasis on the remarkable transition between the second theme and the sudden introduction of a third theme in winds and celesta, beautifully finessing a musical detail that sounds abrupt in other hands and can interrupt the movement’s continuity. The orchestra played the second movement, a lopsided Russian waltz with the accent on all the wrong beats, with a visceral rhythmic power rare in Prokofiev. The dark-hued Andante espressivo contains some of the most beautiful music of the composer’s last years, and Maazel and the orchestra emphasized the strong contrast with the previous movement, playing the cantabile melodies with idiomatic élan. While the finale’s jaunty opening theme was written with the string sound of the great Russian orchestras in mind, Maazel and the Philharmonic’s strings gave the music requisite full-bodied sound; the subdued alla marcia second theme and the final motif, rising over the rhythmic percolation of keyboard percussion – Maazel opted for Prokofiev’s original quiet ending (the revision is rowdier!) – highlighted both individual instruments and whole sections: yes, it was Prokofiev, but in Maazel’s hands there was more than a passing similarity in many sections of the finale to the overall feel of Bartók’s also-last major work, the Concerto for Orchestra. 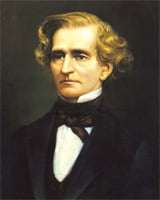 “La mort de Cléopâtre” is Berlioz’s first mature work; he submitted it as his entry for the 1828 Prix de Rome, but lost that year — arguably because the music was too advanced for the panel’s conservative aesthetic. And while it is not great Berlioz, it is overflowing with brash, daring harmonies and orchestration, not to mention hints of the grandeur to come in his later vocal works, particularly the epic opera, “Les Troyens”. Maazel and the orchestra emphasized these emerging characteristics from the very opening of the work, leading up to the entrance of 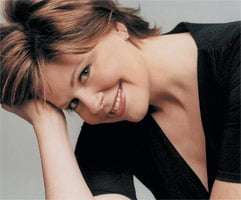 Susan Graham, whose voice has taken on a warmer, more solid sonority than I have previously heard — an ideal sound for the role of Cléopâtre. Graham’s riveting interpretation of this scene, both vocally and physically, drew a strong contrast between the heroic and tragic nature of the text, depicting the Egyptian Queen on a final journey from aloof sovereignty to a woman empathetic and humanized in the face of death as the only choice she sees for her quandary. For his part, Maazel puts more focus not only on the tension and conflict inherent in Berlioz’s shifting material than the conductor most associated with Berlioz today, Sir Colin Davis, but also the unique tone colors and effects Berlioz was already employing, especially from the moment when Cléopâtre is bitten by the snake to the work’s final subdued notes — a prescient foreshadowing of the final movements of Symphonie fantastique. Maazel’s supercharged approach meshed ideally with Graham’s powerful performance.

The final work was likewise a work of early maturity, Prokofiev’s Scythian Suite. It too has a history of rejection; it started life as Ala et Lolly a ballet commissioned by Diaghilev but rejected after he determined the music was not suitable for his Ballets Russes. The original is lost, but Prokofiev extracted a four-movement suite. Despite the often too-thick scoring, Maazel once again demonstrated his uncanny knack for balance, drawing out often-buried voices and details in brilliant relief. With the exception of the second movement, Maazel opted for broad tempos — sometimes extremely broad, as in the entire first movement after the introduction (for a moment, I thought the late, great Sergiu Celibidache, notorious for his glacial tempos, might have come back to life). But the frustrating tempos were offset by other details — I was struck in particular by the first violins’ playing of the high harmonics that accompany the repeat of the second movement’s second theme, which I have never heard played with such flawless intonation. Maazel’s deliberate pacing also worked well in the climax and denouement of the third movement, and in the finale’s overwhelming final crescendo to an augmented-fifth-chord fortissimo ‘wall of sound’ that practically had my pants’ legs flapping — while maintaining a stunning instrumental balance.

This is the fifth Philharmonic concert I have attended this season; while I may have the occasional quibble with Maazel’s interpretations, when he is on the podium the orchestra plays at a technical level that may currently be unrivalled on this side of the Atlantic, and the performances are unfailingly thought-provoking and edifying.