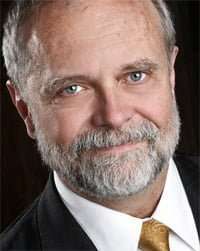 Gone are the days when Messiah was performed by vast choral and orchestral forces. Baroque specialists returned to us Handel’s modest scoring (strings and a few woodwinds, with trumpets and timpani occasionally). Yet even with fewer personnel as originally conceived, Messiah can still make a strong impact as was the case with this impressive showing.

Gary Thor Wedow, known for his work with New York City Opera on Classical and Baroque operas, stepped in for Emmanuelle Haïm, to conduct an energetic, incisive and seamless account enthusiastically performed. Wedow’s relatively brisk tempos avoided the weighty Germanic approach that often characterized performances using the bloated editions by Ebenezer Prout and others. Thus the Largo that begins the opening ‘Sinfonia’ seemed to fly by at nearly the same speed as the Allegro that follows it. By contrast, the relaxed tempo for ‘Pastoral Symphony’ generated a warm glow. Most impressive was Wedow’s organic treatment of the work with a forward impulse from section to section.

His respectful accompaniment of the soloists, sometimes on a harpsichord, may not have been necessary, given their ability to project to the far corners of the hall. Although these moderate forces tempered what might have been a more powerful rendition, particularly in such as the ‘Hallelujah’ chorus, Wedow captured the fiery drama of ‘Surely, he hath borne our griefs’ and the vibrant intensity of ‘Their sound is gone’. Elsewhere, he induced rapturous beauty from his players during the free-flowing duet for soprano and countertenor, ‘He shall feed His flock’. The New York Choral Artists, founded by Joseph Flummerfelt, whom Musical America designated “Conductor of the Year” in 2004, displayed remarkable clarity and precision.

The soloists were also outstanding. Layla Claire (stepping in for Camilla Tilling) has a strong, vibrant voice, slightly shrill above the bridge. Her voice may be more suited to operatic drama than Handel oratorio, but she became increasingly engaged, most impressive in her expressive treatment of ‘I know that my Redeemer liveth’ and then in a superb rendition of ‘Who is he that condemneth?’. Tim Mead was impressive and it’s not hard to understand why he is in such demand. Tonal purity and technical precision are among his many qualities. He sang intelligently with a nobility of character and steady production. Alastair Miles lent his deep, rich voice, enhancing the performance with dramatic flair; his ominous mien generated a sense of awe appropriate to the dreadful pronouncements of the text. Kenneth Tarver’s voice has the security of youth and, if restrained, he had no trouble being heard. His ‘Comfort ye my people’ and the succeeding ‘Ev’ry valley shall be exalted’ were admirable.

Even though I was not bowled over, all those who took part deserve high praise and delivered notably under the excellent leadership of their conductor.