Once a serious candidate for the position of Music Director of the Philharmonic (he withdrew from consideration in 2000), Riccardo Muti has become one of the Orchestra’s regular guest conductors, and he seems to have a penchant for including lesser-known compositions on his programs.

Liszt’s From the Cradle to the Grave had not been performed by the Philharmonic since Bernard Haitink conducted it in 1978. The last of Liszt’s symphonic poems, it was written some fifteen years after the initial dozen from the composer’s Weimar period. Unusual for a work in this genre, it is divided into three distinct sections. The quiet outer movements were handled here very sensitively, with intimate and exquisitely beautiful playing by the viola and cello sections, framing the very rhythmic and propulsive ‘Struggle for Existence’. It is interesting to hear this piece once in a while, but ultimately it is of little consequence.

In contrast the Scriabin is well entrenched in the repertoire, a showpiece par excellence in its large-orchestra scoring, lush Romantic harmonies and ear-shattering climaxes. Philip Smith was superb in the stratospheric trumpet solo, and the orchestra pulled out all the stops. However, something was missing – structure, the tension leading up to those climaxes, the sense of abandon one would expect in something called The Poem of Ecstasy.

There is a story about Richard Strauss, possibly apocryphal, which has him grabbing a younger colleague under the arms after an opera performance, and upon encountering a copious amount of perspiration, exclaiming “amateur!” He would have proclaimed Riccardo Muti a consummate professional. Conjuring up huge waves of sound he moved very little, almost as if to show-off his control over the orchestra. Herbert von Karajan was an expert at this, but one always felt that there was a volcano inside, and its concentrated power projected over the whole orchestra. What came across from Muti was almost a detachment, to the disservice of the work. 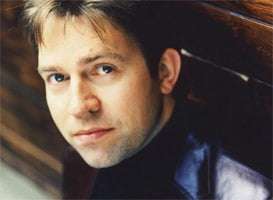 Muti seemed more involved with the piece that opened the program, Brahms’s Second Piano Concerto, if not always in a positive way. After the opening horn solo (played with vibrato by Philip Myers) and a very spacious first statement by Leif Ove Andsnes, Muti immediately changed the character to a very martial first tutti. Throughout the first movement there seemed a certain amount of discrepancy between the approaches of soloist and conductor, which only gradually resolved itself during the work’s course. Muti tended towards Brahms the full-bloodied Romantic, while Andsnes reminded us of his Classical intentions.

Andsnes is an intellectual pianist with an impressive technique who brought out many details with exquisite clarity, always aware of his place within the orchestral fabric. In the third movement, the section before the return of the solo cello (played by Carter Brey with a very strange fast and wide vibrato) was pure magic, a credit to soloist, conductor, and the clarinets. The finale had just the right amount of lilt – again Andsnes gave us Brahms the classicist, with Romantic nuances. More weight and sweep is preferable in this work, but it was an interesting and extremely well-executed way of looking at the piece from a different perspective.