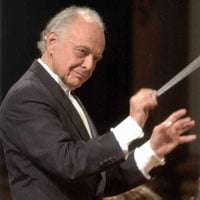 Following its opening night gala (an all-Dvořák evening featuring Yo-Yo Ma playing the Cello Concerto and Music Director Lorin Maazel’s reading of the Seventh Symphony), the New York Philharmonic launched its subscription season with a programme of music by Berio, Beethoven and Tchaikovsky. The concert opened with a short twentieth-century curiosity by Luciano Berio based on music by the eighteenth-century and fellow-Italian composer Luigi Boccherini. It continued with an outstanding performance of Beethoven’s Violin Concerto by the Soviet Georgia-born and Munich-based violinist, Lisa Batiashvili, and concluded with Maazel’s stirring rendition of Tchaikovsky’s ‘Little Russian’ Symphony.

When composers, particularly those in the avant-garde, set for themselves a private intellectual or recreational challenge to add zest to the process of composition – for example, hidden initials or words, distorted quotations or arbitrary rules such as strict serialism – the result may be imperceptible to listeners who have not been informed of the nature of the game being played. But Luciano Berio let us know what he was up to in the title of his 1975 composition that superimposes Boccherini’s four separate settings of his La Ritirata notturna di Madrid. This Boccherini signature-piece depicts a military band approaching, passing by, and then departing into the distance. 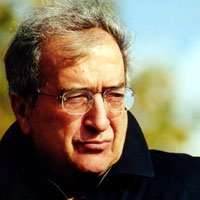 Berio’s modern harmonic additions and alterations are relatively subtle, so that Boccherini’s melody, written over two centuries ago, remains fully recognisable, as do the dynamic changes that depict the band’s movement toward and then away from the listener. A snare drum ostinato maintained a steady martial rhythm as the instruments of the orchestra played in various combinations, with Concertmaster Glenn Dicterow ably performing extended solos at the beginning of the work and again as it faded away at the end. The overall effect was quite grand and even festive, despite its explicit military allusions, making it a very suitable way to begin both the concert and the orchestra’s season.

Lisa Batiashvili has established herself as one of the world’s leading violinists, and is rapidly becoming a favourite of New York audiences. Her performances here of Shostakovich’s Violin Concerto No.1 with the Philharmonic last April and her world premiere performance of Magnus Lindberg’s Violin Concerto at the previous summer’s Mostly Mozart Festival amply demonstrated her dazzling technique, and the present performance of the lyrical Beethoven Concerto serves as a further testament to her mature musicianship in a diverse range of musical styles and repertory.

Before the solo violin’s entrance, Maazel and the orchestra performed the extended introduction in truly exemplary fashion. Following the five timpani strokes that begin the concerto and establish the rhythmic motif that recurs throughout the opening movement, the Philharmonic’s wind section produced a magnificent, and characteristically Beethovenian, sound, and the strings followed in outstanding form. Even small details – counterpoint figures in the cellos, for example – were perfectly played. Maazel did not just temporise in anticipation of the solo violin’s entrance; his treatment of the introduction was as fully thought-out and performed as if it were the beginning of a Beethoven symphony. 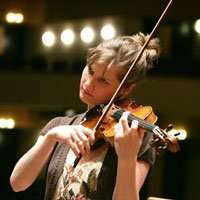 Batiashvili’s entrance was suitably dramatic and demonstrative of her prodigious technique, but it took a minute or two before she coaxed the full richness of upper-register tone from her 1709 “Engleman” Stradivarius (on loan to her from the Nippon Music Foundation). She did not hesitate to employ considerable rubato, slowing dramatically before executing to perfection an extended series of delicate trills. Maazel was an ideal accompanist and shaped the tutti passages to sustain the dramatic tension throughout the movement. Not surprisingly, it was in her outstanding playing of the cadenzas, composed by Fritz Kreisler, that Batiashvili’s technical prowess was shown to its fullest advantage, but her superb musicality was evident in virtually every phrase throughout her performance.

Batiashvili’s instrument sang out sweetly in the delicate Larghetto, maintaining the rather slow tempo that Maazel established in the orchestral introduction. Again in this movement, she made liberal use of rubato, lingering over some notes to create just the right turn of phrase. Maazel made the brief transition to the finale stirringly dramatic, and Batiashvili plunged into it at a pace that felt as lively as the previous movement had been slow, with her dazzling technique on full display. This is one of Beethoven’s most delightful movements, and she played it with grace and enthusiasm, earning a protracted ovation from an appreciative audience – and from the Philharmonic’s musicians as well.

Following the interval, Maazel led a delightful performance of Tchaikovsky’s Second Symphony, known (although not so named by the composer) as ‘Little Russian’. This title, which fails to convey its intended meaning to today’s audiences, became attached to the work because of its prominent use of several folk tunes from Ukraine, which was then often referred to as “Little Russia”. 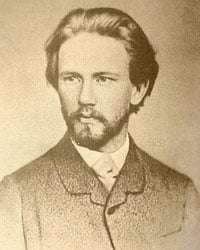 The symphony’s first movement is framed by the folk song “Down by Mother Volga”, which was beautifully played in solos by principals Philip Myers on horn and Judith LeClair on bassoon, and was then developed by the full orchestra in an extended Andante sostenuto section. As the tempo changed to Allegro vivo, the sound of the winds and then the strings was exemplary, but soon afterward the timpani and brass got a bit out of hand, sounding almost like gunfire – an excess that was corrected as the movement continued. Maazel propelled the music forward through the shifting moods of the violins’ bright, triple-rhythm second subject, darker passages with the low winds and low strings playing beneath tremolos on the violins and violas, and the return of the “Volga” tune, this time introduced by a clarinet solo. The latter portion of the movement emphasized the brass, with the piccolo adding a colourful sheen to the climactic passages preceding a return to Andante sostenuto, the horn reprising the opening theme and the bassoon having the last word, accompanied only by ppp pizzicatos and a final shrug by Maazel.

The two middle movements were played with a perfectly light-handed touch. First the catchy march tune, marked Andantino marziale, quasi moderato, which recurred after episodes that included a lyrical theme passed from the violins to the cellos, and later another Ukrainian folk tune played by principal clarinet Stanley Drucker and principal flute Robert Langevin. Then came the scherzo, with its bubbling, triple-metre principal theme contrasted by the charming trio with oboes, clarinets, bassoons, horn and violins creating what seemed a Middle-European mood.

In the spectacular finale, Maazel utilised the full forces of the orchestra to take the audience on a virtual roller-coaster ride, making the most of both the build-ups of tension and the intervening lulls. After a rather stately introduction, marked Moderato assai, the tempo quickened to Allegro vivo for the movement’s principal theme – again based on a Ukrainian folk-tune, “The Crane”. An extended and increasingly complex embellishment of the theme finally yielded to the lilting second subject, played first on violins and then the woodwinds, with a horn quartet providing harmony and counterpoint. The main theme returned with a sense of urgency that swept inexorably forward, through one climax after another, to the coda and its monumental final chords.

This performance bodes well for the Philharmonic’s mini-festival, billed as “The Tchaikovsky Experience”, over the next three weeks. Maazel will be leading the orchestra in the five remaining numbered symphonies as well as the Manfred Symphony, and various soloists will perform the Piano Concerto No.1, Violin Concerto and Variations on a Rococo Theme.