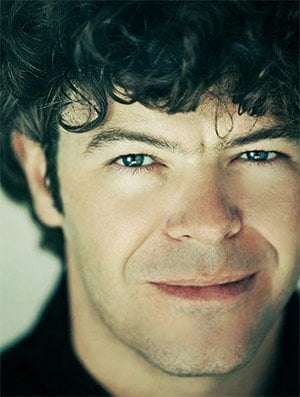 This was the New York Philharmonic debut of Pablo Heras-Casado. But like so many skyrocketing young talents, there is much room for maturation and deeper insight, particularly developing an artistic flair beyond purely technical skills. He has a keen sense of rhythm, forcefully punctuated with expressive gestures – but whether he has anything personal to communicate is another question.

The concert opened with the ‘Four Sea Interludes’ from Peter Grimes. Heras-Casado tried to elicit an image of the eerie morning mist that covers the seacoast village. Despite a tawny quality generated by the brass, the sonic confluence was a bit too bright to evoke the hazy mysterium that the music seeks to convey. A chiming brass chorale initiated a lively ‘Sunday Morning’, depicting the activity of folk dashing to and fro on their way to services. Beginning with a hymn-like rocking rhythm, the meditative third ‘Moonlight’ Interlude had a gentle serenity, more steady than atmospheric. It provided a perfect foil for the concluding ‘Storm’ that was given a taut and vigorous outing, whipped up by screaming trumpets, wailing woodwinds and pounding timpani. 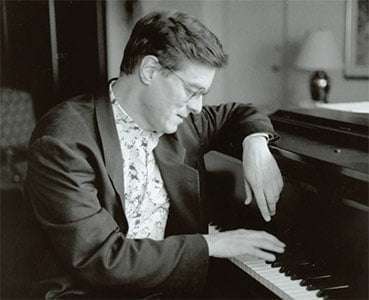 Peter Serkin then played Bartók’s Third Piano Concerto, written as bequest to his pianist-wife, Ditta Pásztory. He gave an elegant, lithe performance, perhaps the composer’s modest effort to overcome the personal tragedy of the illness to which he would soon succumb. Serkin combined rhapsodic lyricism with a light, almost playful quality in the opening Allegretto. In the prayerful middle movement, he added a dash of glitter to the filigree that seemed appropriate to avoid even the slightest sense of heart-on-sleeve emotionalism. The finale was moderately paced, with Serkin giving a stylish, congenial reading that reinforced the feeling of Bartók having one last fling of joie de vivre. Heras-Casado respectfully accompanied, adding touches of color without getting in the soloist’s way.

Shostakovich’s Tenth Symphony requires a profound understanding of the composer’s character and what he was trying to communicate. To engender its disquieting atmosphere – with its underlying sense of terror and suffering – is a challenge that requires deep immersion in the score. Although precise and accurate this performance produced a cold, remote impression that lacked an identifiable personality. There were, however, many positive qualities. Heras-Casado maintained excellent balances, added visceral punch to climaxes and elicited well-honed angular rhythms. The New York Philharmonic played brilliantly, with outstanding woodwind solos.

Although Heras-Casado made a valiant effort to elicit the unease that haunts the opening section, a bit more spaciousness would have been welcome throughout the first movement. Sometimes long build-ups seemed mechanical and released before the highpoint was reached. The second-movement scherzo (possibly a caricature of Stalin) went well, its motor-like motion galloping along with energy to spare. There was a lively tempo for the third movement but it seemed a bit stiff at times, the atmosphere chilly and devoid of character. After a fine series of horn solos from Philip Myers, the soft passages that followed emitted a sinuous glow. At the beginning of the finale, solos by flutist Robert Langevin, oboist Liang Wang, and bassoonist Judith LeClair brought just the right degree of tongue-in-cheek humor to what otherwise seemed stark and faceless. Even the rather whimsical allegro theme seemed too matter-of-fact. As with much of this performance, it was mostly the precise playing and careful balancing that made the strongest impression.