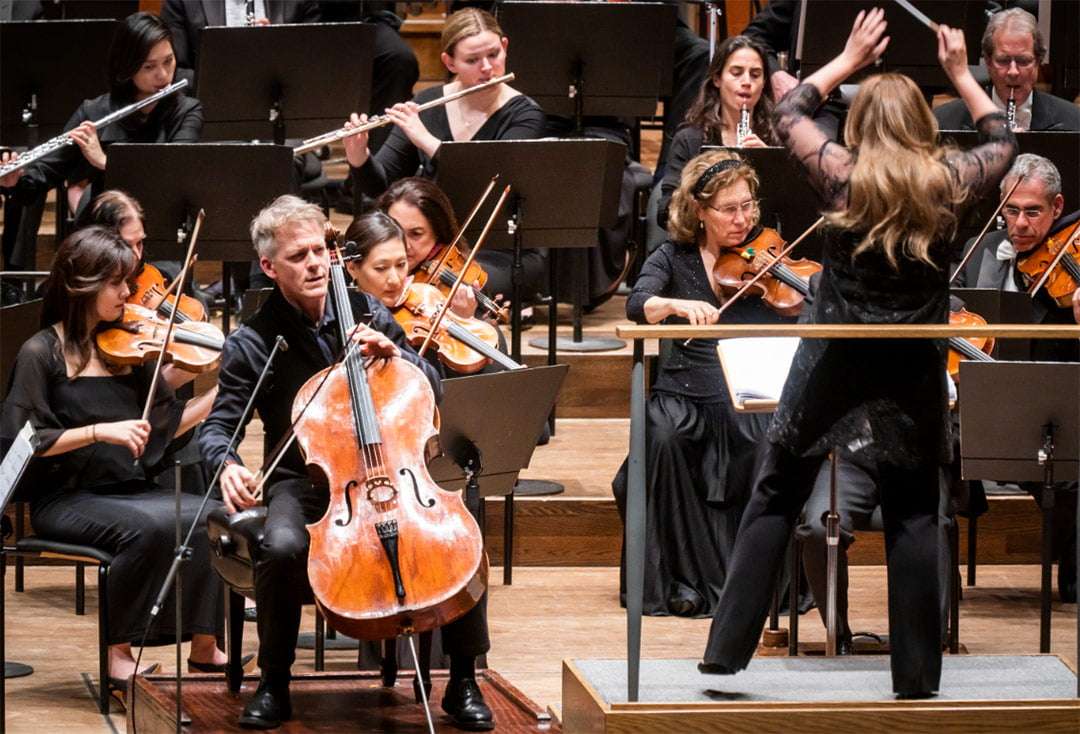 This concert marked Simone Young’s first visit to the New York Philharmonic since her April 2019 appearance, when – after not having appeared with the orchestra since her 1998 debut – she stepped in as a last-minute replacement for injured Music Director Jaap van Zweden to conduct Mahler’s Sixth Symphony. This entirely different program nestled the New York Premiere of her fellow Australian Brett Dean’s abstractly composed Cello Concerto between two works with more conspicuous programmatic content.

The evening opened with an exuberant, richly atmospheric reading of the Four Sea Interludes from the opera Peter Grimes. Young brought her sharp sense of drama to Britten’s carefully drawn concert suite, bringing all its contrasting moods into razor-sharp focus, to deliver a brilliantly-rendered reading. In the opening interlude, ‘Dawn’, the upper strings were especially impressive, creating an austere and mysterious seascape. The sprightly rhythms of ‘Sunday Morning’ were infectiously sprung, most effectively conveying a sense of underlying menace in the interlude’s depiction of the seaside village where the action of the opera takes place. ‘Moonlight’ perfectly captured the slow, ceaseless motion of the waves in a finely etched expression of tenderness and sorrow. The final interlude, ‘Storm’, was appropriately fiery and agitated.

Then the Cello Concerto with Alban Gerhardt, the soloist, making his New York Philharmonic debut. The commanding cellist, to whom the work is dedicated, also performed the 2018 world premiere of the work with the Sydney Symphony Orchestra under David Robertson, and the 2019 American premiere with the Minnesota Orchestra under Osmo Vänskä.

The twenty-five minute score is cast as one uninterrupted movement with five discernible sections. While Dean’s other concert works often bear descriptive titles, this one has none, and his program note offers few clues to its inspiration. He writes, ‘I knew from the onset that this would be the purest of my concertos, focusing on the personality at the front of the orchestra without any programmatic or spatial theatrics. … The premise of the new work is concerned with music for music’s sake’. 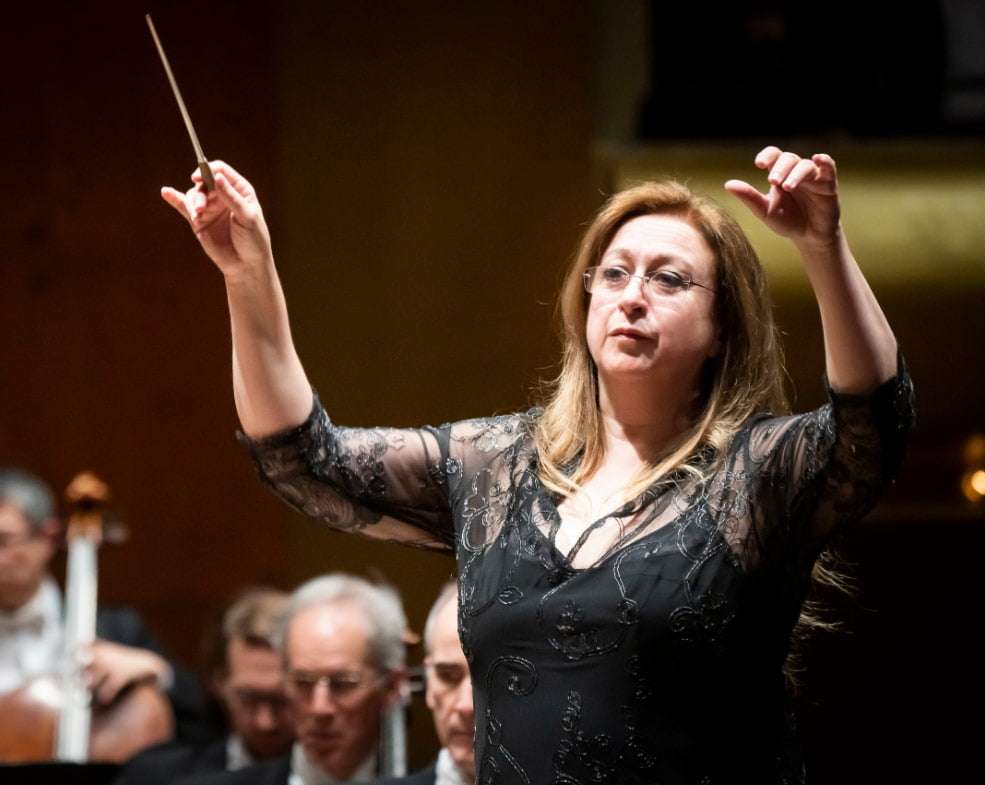 Though the piece is ostensibly abstract in its conception, its colorful and intricate rhythms still conjure up lively images across a range of strange and marvelous landscapes. The soloist gets things moving with an ethereal-sounding series of short, very high-pitched sounds, to which the orchestra gradually responds with brief wind outbursts, pizzicato strings, and the rustling of bubble wrap from the percussion section. Over the course of the piece’s single movement, lyrical moments alternate with more energetic passages, as the orchestra takes up and expands upon ideas introduced by the soloist. A powerful percussion section (twenty-two instruments) brightens up the orchestral colors, delivering passages featuring the sound of sandpaper, tom-toms and other exotic instruments, while a Hammond organ contributes some bouncy, jazz-like effects. Under Young’s baton, Gerhardt and the Philharmonic musicians delivered a superb performance of Dean’s complex and innovative score.

The evening came to a close with a rich and resplendent account of Elgar’s Enigma Variations. The Philharmonic musicians responded to Young’s balletic conducting style with great virtuosity and finely etched detail. Each variation was distinctly characterized but without eccentricity, most notably the familiar ‘Nimrod’, whose hushed sounds, slowly and steadily building to a superb climax, sounded surprisingly fresh.