This concert of Russian music began with two excerpts from the Suite that Prokofiev compiled from his absurdist opera “The Love for Three Oranges”. Bramwell Tovey led the New York Philharmonic in a crisp rendition, with bright horns and precise strings. Articulation was uniform, and the tempo was driving and not too fast, but enthusiasm was lacking in this perfunctory performance. 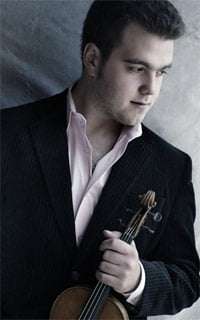 The substance of the evening was Mikhail Simonyan’s performance of Tchaikovsky’s Violin Concerto in his debut performance with the orchestra. The Philharmonic strings sounded lackluster in the opening, but when Simonyan made his entrance with his endearingly buttery tone, all was forgiven. One could bask for many hours in the warmth of his Gagliano’s sound and not mind the small deficiencies of the performance –the rushed phrasing, the sharpness of intonation, the meager dynamic range, the odd placing of accents. Simonyan took so little time between each phrase in the cadenza that one wondered if his nerves were getting the better of him. However, he seemed to relax more and more as the movement went on, and by the end of it he even seemed to be enjoying himself. If only the same could be said of the orchestra, which sounded tired, the musicians struggling to keep up with the youthful soloist. Wind entries were noticeably late. Simonyan’s glorious tone somehow improved during the concerto’s remaining movements, but his interpretation was overly literal, with jarring accents and crashing subito fortissimos. His tempo was brisk in the showy finale, pushing the lagging orchestra along for the ride, yet his technique sounded effortless. In an encore, he shined during Shchedrin’s unaccompanied Gypsy Melody, his rubato fluent and natural. 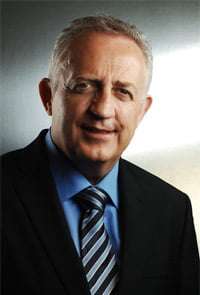 The second half began with selections from Glazunov’s ballet Raymonda. It began with a cinematic sweep of rising strings and cymbal crashes, and went downhill from there. The awkward march that followed sounded like a ballet for elephants. The orchestra was technically irreproachable, with an impressively precise string section, and the brass sounded splendid, but this was not enough to redeem this dreary work. Tovey made a comedic speech following the performance, offering an apology. Glazunov, he said, was “not a front ranked composer like Tchaikovsky, but he was right on top of the second-class pack.” One wonders why the music, not Glazunov’s finest, was programmed if this was the view of the conductor.

The concert concluded with more music by Tchaikovsky, the Marche slave, a funeral march with a compelling melody that evolves into a celebration, and, as an encore, another march, this time from The Nutcracker, which sounded fresher than usual outside of its ubiquitous Christmas season appearances. Here the players sounded less tired, but only the brass section justified the Philharmonic as a top orchestra.