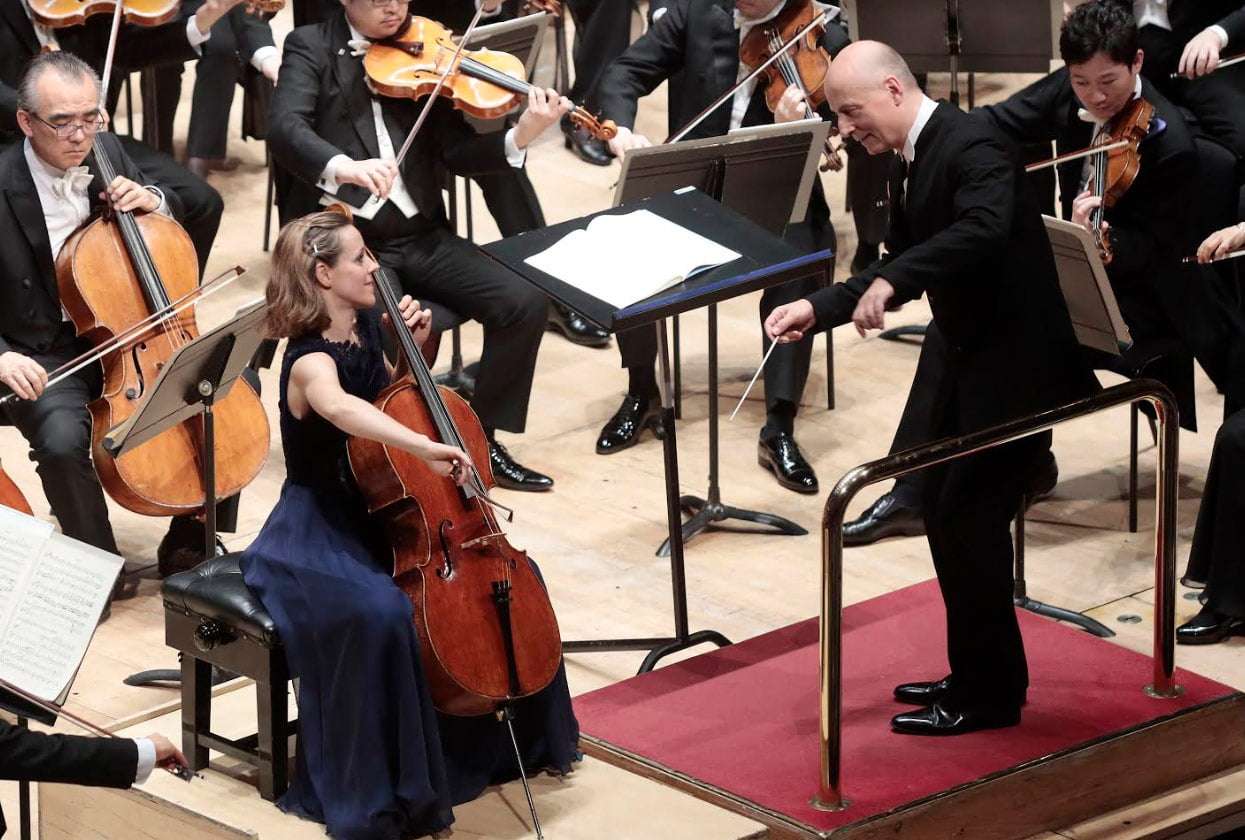 The NHK Symphony Orchestra, established in 1926, is currently on a western European tour under its chief conductor, Paavo Järvi, taking in Tallinn, London, Paris, Berlin, Vienna, Cologne, Dortmund, Brussels and Amsterdam. Familiar from previous London visits and through their many videos and telecasts, they’re a nurtured, disciplined ensemble, strong on etiquette, steeped in tradition and style, with little to choose between the sections. Yes, the strings excel – wires of gold, a supremely silken, tenuto body, glowing and beautiful in sound. But who would not want to be without the liquid clarity of the woodwind, or the mellowed richness of the brass? The percussion pin rather than pulverise the hour. Logistics and schooling turned into art, the charismatic presence of the concertmaster, Fuminori Maro Shinozaki, a silvered warrior of a man (he completed his training under Ivry Gitlis), presiding over all.

Part of the 2019-20 Japan-UK Season of Culture, this was a connoisseur concert of quiet starts, quiet chapters, quiet encores, leaving the audience, especially in the first half, more perplexed and polite than anything else. Toru Takemitsu’s How slow the wind (1991), taking its title from a poem by Emily Dickinson, orbits around a motif of seven notes, fashioning, in the composer’s words “a repetitive cycle, like waves or the wind … with each repetition the scene undergoing a subtle change in its appearance”. Järvi – who’s just released an NHK Takemitsu CD on RCA Red Seal – finds the piece atmospheric and coloured with an unmistakeable kind of Japanese orientalism: “Takemitsu gives you a motif which never ends: you never achieve closure”. In around twelve minutes, with small forces and no baton, he released successive frames of timbre and imagery, clouds and pools, the odd glint, fleshing out the landscape, distant calls of Liadov or Debussy, the aftermath of crescendos, somewhere on the horizon. His players’ risk-taking in the quieter spectrum, their precision balancing, near-defied belief … with this orchestra you can paint life and time.

Schumann’s 1850 Cello Concerto – the three movements connected alla Mendelssohn, an (accompanied) cadenza placed in the last – has its moments but virtuosity isn’t its raison d’être. Holding the stage while eschewing display, feeding off the orchestra, body language directing the action as much as Järvi on the rostrum, Sol Gabetta gave a thoughtful reading, at her soulful best in the beauties of the slow movement. Much of the chamber interplay was finely woven. And the tuttis had transient attack. Cumulatively, though, not all Schumann’s repetitive figures and upward rushing surges held the attention, and weighting the accompaniment to the benefit of the cello, however understandable and necessary, led to opaqueness. Gabetta’s encore was the Dolcissimo from Pēteris Vasks’s Grāmata čellam (1978), a favourite of hers which she does (and vocalises) with impeccable grace and purity, left hand fluttering and contorting along the fingerboard like some bleached prehistoric creature. 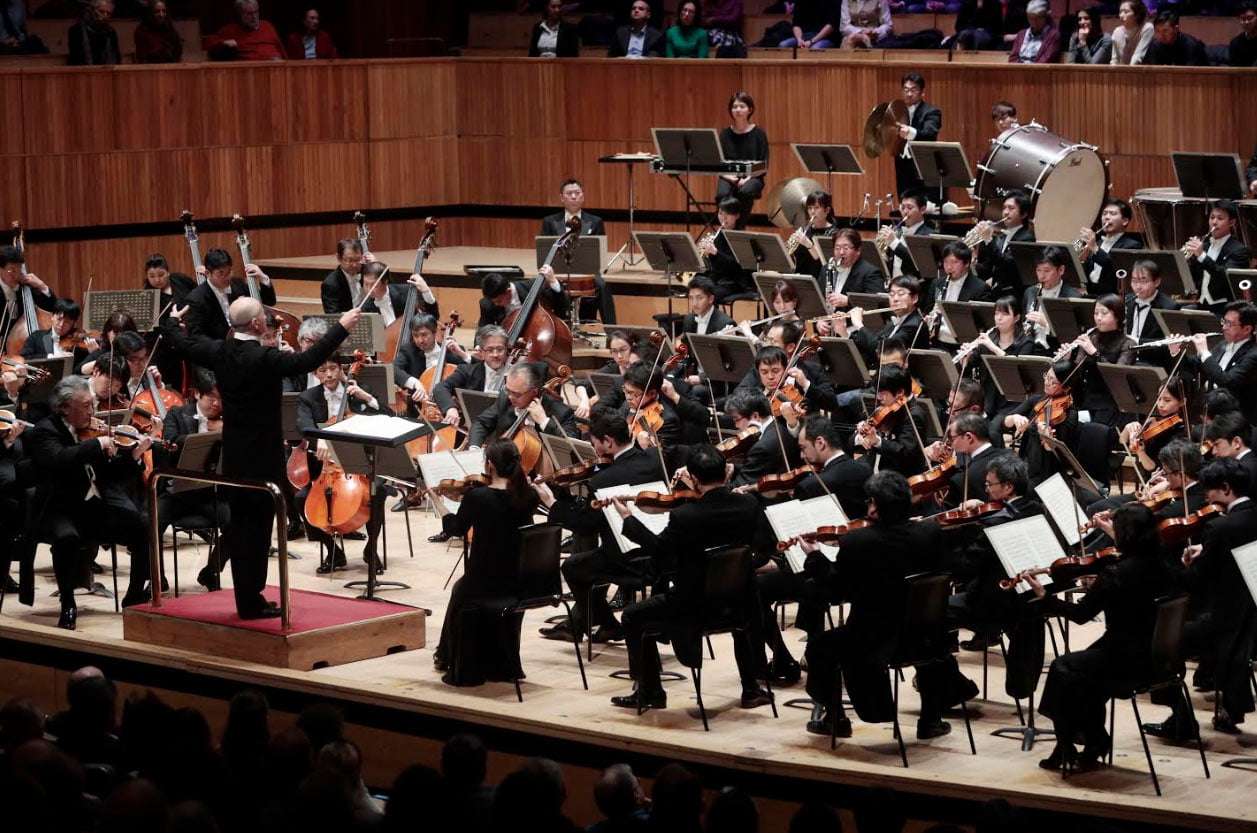 With the NHK SO at full strength, violins divided antiphonally, cellos in the middle, double basses raised to the left, Järvi’s view of Rachmaninov’s Second Symphony explored the lyrical and spacious, steppes and stars before steel. No cuts, first movement exposition repeat, grounded climaxes, leisured rubato, tone and expressivity at a premium, the panorama intent on coaxing and caressing the page. Brashness, aggressive brass, histrionics, grossed-up dynamics, tear-jerking, the introduction clarified early on, weren’t the domains he wanted us to visit – even if a bouquet of Valentine tunes was left intact in the Adagio. Landmarks … First movement – the rits and a tempos, plus added echo three bars in, of the allegro first subject; the moderated drawing out of cadences, holding back before gathering pace, the essence of calando defined; the stopped horns of the development section, and, subsequently, their accented, reiterated offbeat rhythms, forging the argument in ways suddenly, unexpectedly, reminiscent of Schubert’s Great C-major finale. Scherzo – a showcase fugato at the meno mosso, easily one of the best I’ve heard, each string entry tight to the beat, not a suggestion of raggedness, Järvi taut in his actions. And such an attentive glockenspiel player, too, so aware of phrasing and nuance. Third movement – a gloriously cantabile clarinet solo (Kei Ito) melting out of nowhere; high poetry, Michelin-star voicing, at the close. Finale – bells and burnished spurs in the picture, the ending soaring opulently in a corona of grand emotion and thunderous gloire. The kind of performance you think about and remember.

February 24th, Estonian Independence Day. A gentle encore. Kodumaine viis (Homeland Melody) by Järvi’s compatriot, Heino Eller (1887-1970), the teacher of Eduard Tubin and Arvo Pärt – written for piano in 1918, revised in 1945, arranged for strings in 1953. Class playing, almost too perfect, a devotional hush silencing the auditorium, Paavo in no rush to break the tension.