Beethoven
33 Variations on a Waltz by Diabelli, Op.120 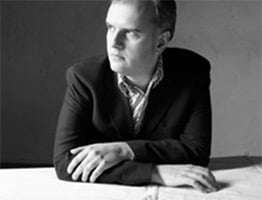 In early 1819 Anton Diabelli envisaged that a simple waltz theme he had written would be worked on by a “National Artists’ Society” of some fifty composers, each contributing a variation to the whole. In the event the Society didn’t materialise, despite contributions from Schubert and the young Liszt. Beethoven, however, took up the cause with a vengeance and ended up doing the work of thirty-three, taking Diabelli’s theme on an extraordinary journey over the course of nearly an hour’s music.

From Nicholas Angelich this felt like a somewhat choppy journey, and although the final three Variations captured the stature of Beethoven’s final Piano Sonata (Opus 111), some of the preceding music was rather brusque in delivery.

The loud, forthright waltz-theme set the tone, raking in its texture and perhaps deliberately lacking subtlety. As Angelich powered through the march in the first Variation it was possible to determine a restless, even angry spirit – perhaps the impatience of the composer given Diabelli pestered him to complete the work.

The pianist’s virtuosity was most impressive, however, whether in Variation 18 or the nicely judged octaves that preceded it. Yet in instances such as the thundering chords of Variation 13 immediate repose was often needed, in this case found in the subdued grave variation that followed. In a similar sense Variation 23 dazzled in its continuity between hands, but needed its edge to be removed by the charming fughetta Variation that followed.

What seemed to be missing from the interpretation as a whole was the element of humour. Beethoven re-worked ‘Notre e giorno faticar’ from Mozart’s “Don Giovanni” to form Variation 22, but this passed with little in the way of a knowing aside, while Variation 25 (marked Allegro) was also strait-laced. Likewise the wit in the musical language of Variation 15 was not fully forthcoming.

Angelich did however scale the peaks of the final section, and its intense build up. A reflective Variation 29 came after a pointed pause, the silence every bit as important as the music itself, while the quite deliberate Fugue of the penultimate Variation offered a real sense of victory. Even the final Variation could have had a softer texture, however, and was a touch more agitated than it needed to be.

Angelich’s technique and virtuosity were most impressive in this BBC Lunchtime Concert, but humour and more time for the music to breathe would have been welcome.