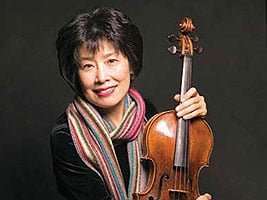 The overwhelmingly British slant to this recital by the great Japanese violist Nobuko Imai was fitting, because it was being sponsored by the Tertis Foundation, which keeps alive the memory of the “Father of the Viola”, Lionel Tertis (1876-1975).

The first piece on the programme, Arnold Bax’s Sonata, was closely associated with Tertis, who gave the premiere in 1922 with the composer at the piano and recorded it with him in 1929. Bax had been fascinated by the viola since hearing Oskar Nedbal in the 1890s and found in Tertis a masterly violist near at hand. Two works in particular, written in the 1920s, showed his admiration for Tertis: this Sonata and the Fantasy Sonata for Viola and Harp (written for the harpist Maria Korchinska and first-performed and -recorded by her with Tertis’s pupil Raymond Jeremy). 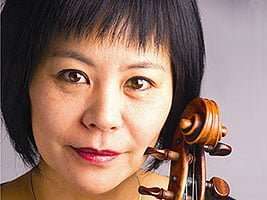 Both works are in the composer’s Celtic vein and they far outstrip his music for the violin. Our view of the Sonata was slightly skewed for years, because the dynamic Tertis/Bax recording was not released at the time and the more discursive performance by William Primrose and Bax’s paramour Harriet Cohen set the trend. Since the belated issue of Tertis’s interpretation, we have had a better view of the work as consisting of two intensely rhapsodic movements separated by a trumpeting scherzo (yes, Tertis really could make the viola sound like a trumpet). 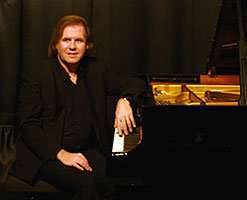 Imai and François Killian certainly came closer to Tertis’s tempos than Primrose’s, but her tone was not at its fullest in the first movement, so that the melodies failed to flower. A slight sense of struggle persisted in the scherzo and only in the finale (Molto lento) did we start to hear the Imai we know and love. With Killian giving a rather idiosyncratic account of the piano part, the Sonata came across as exotic, but in the wrong way.

Equilibrium was restored when Imai returned on her own for the Elegy which Benjamin Britten wrote when he was 16. Imai gave the first known performance of this piece at the 1984 Aldeburgh Festival. She kept us enthralled and I have never heard the piece hang together so well. Imai’s transcription of Britten’s Second Cello Suite followed and was equally absorbing, interpreted with great character, very well played technically and holding the attention throughout, especially in the final two movements, the strangely titled ‘Andante lento’ and the ‘Ciaccona’. I hope she will record these unaccompanied Britten pieces.

After the interval, Imai was joined by her former pupil Yuko Inoue, still looking about 18 but a professor in her own right at the Royal Academy of Music for a number of years. In the Lament which Frank Bridge wrote for Tertis and himself to perform, Inoue took the upper part and the two beautifully focused tones combined magically, the two players of one mind.

Prokofiev broke the sequence of composers beginning with B, but the transcriptions from Romeo and Juliet were by the legendary Vadim Borisovsky, so that was all right. Inoue joined effectively in two of the seven pieces, which were splendidly characterised. In the second last, ‘Juliet’s Death’, Imai’s playing was most affecting. Killian gave good support throughout.

As an encore, the two violists, accompanied by Killian, joined seamlessly in a lovely performance of a Waltz by Shostakovich, usually heard on violins. It was the perfect ending to an excellent evening.