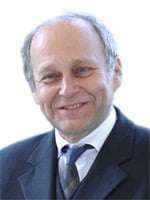 Ádám Fischer’s Haydn credentials are impeccable, and in this performance of The Creation (performed in the German translation and text arrangement made by Baron van Swieten of the original English conflation of the Bible and John Milton) he left us in no doubt of Haydn’s prodigal inventiveness and enduring enchantment. Fischer also delivered that Enlightenment sleight of hand that kept the first two parts in close touch with baroque oratorio and then subtly let the Adam and Eve section expand into a beguiling proto-romanticism.

In the OAE’s vibrato-free world, ‘The Representation of Chaos’ became a tremulous parade of flickering orchestral effects, just about in touch with a beat and an occasional toe-hold of emphasis and defined pitch, so that Andrew Foster-Williams’s muted first entry offered more than the usual relief and sense of direction. Overall, the orchestral side of things was excellent, affectionately characterised, with the pictorial detail, like the tiger, jumping out at you in full ‘authentic’ primary colours and responding to the teeming imagery of the libretto with animated immediacy, the sort of deceptive naivety and simplicity that pours out of Haydn’s clever sophistication. Lions roared merrily, whales breached, birds sang; the whole of creation’s menagerie was like audio 3D, all realised in the OAE’s vivid playing – a gurgling, off-stage flute obbligato, beautifully done by Lisa Beznosiuk, to keep Gabriel’s aviary company, and ripe commentaries from the trombones for the more earthbound livestock, all of which evoked the period brilliantly and made it timeless. 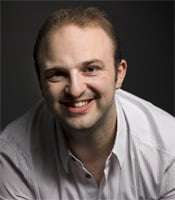 It is odd that Fischer’s visually tense conducting should have enabled such a natural flow, which gathered up the works of each day of creation and delivered stunning finales in Parts 1 and 2, and the OAE players came up with generous colourful playing. The programme printed the interval to come after Part 1, and there was some confusion when Fischer continued into Part 2, leaving Adam and Eve free to stake their creative claim alone.To begin with, Andrew Kennedy and Andrew Foster-Williams seemed as though they’d have been more at ease with the English text, and there was an element of that familiar English oratorio possession, but Foster-Williams connected with Fischer’s incisive vision of the piece in a wonderful ‘Now heaven in fullest glory shone’, preceded by a no-less-impressive accompanied recitative (all of which were extremely well-performed), and he caught the wonder of Adam’s music in Part 3. There was no lack of wonder, either, in Andrew Kennedy’s ‘In splendour bright’ and a heroic ‘In native worth and honour clad’.

It was clear from the start, though, that Sophie Bevan was right there in the spirit of the work, both Haydn’s and Fischer’s. Her Archangel Gabriel nailed the charm of ’On mighty pens uplifted’ in Haydn’s catalogue d’oiseaux, and throughout, especially in Eve’s rapturous music, she offered a stream of blue-sky singing, full of light, detail and character. The 70-strong Schola Cantorum was particularly effective in the Adam and Eve music, and gave the familiar choruses a robust presence.