Here we had two of the most frequently played works in the repertoire but each with an unfamiliar twist, the ‘Unfinished’ in a completion by Anton Safronov, a pupil of Edison Denisov, and Brahms’s First Piano Concerto played by Stephen Hough on a restored 1876 Steinway. 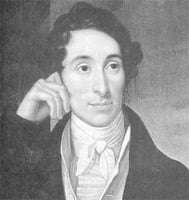 To start at the beginning though. There are few composers who better repay ‘period’ performance than Weber because distinctive instrumental timbres are so central to his soundworld. The quartet of valve-less horns at the outset of the overture to “Der Freischütz” produced a completely different effect to their modern counterparts and the woodwinds, notably Antony Pay’s clarinet-as-vocalist, singing above a much-reduced cushion of string sound. Jurowski brought a suitably theatrical whiff of greasepaint to proceedings, the pause before the final C major blaze of sound particularly pregnant.

The “Unfinished Finished” was a questionable success. Various solutions have been attempted. At the first performance in 1865 Herbeck played the finale of the Third Symphony. Later, Gerald Abraham made a version (as recorded by Sir Charles Groves for EMI) and Brian Newbould used an Entr’acte from “Rosamunde” in his better-known completion. In his version Anton Safronov (who attended the concert) gave us a ‘realisation’ of Schubert’s almost-complete score of the scherzo, but for the finale has incorporated music from a number of instrumental works including the Marche héroïque for piano duet and the F minor Piano Sonata (D625). In fact there are references to various other works including the ‘Death and the Maiden’ string quartet and at the finale’s very close a reference back to the symphony’s first movement.

Quite the best aspect to this performance was that – taken at flowing speeds – both opening movements achieved their full dramatic potential and sounded like the first two movements of a symphony rather than basking in the kind of roseate afterglow to which they have long been treated. This was like seeing one of those great Claude Lorraine classical landscapes, often lost behind layers of varnish, sensitively and freshly restored with previously unsuspected detail emerging from the shadows. Seldom has one been more aware of the extreme Angst behind the notes. Safronov’s realisation of the scherzo, very puckish and Beethovenian in feel, worked well enough, although I doubt that Schubert would have orchestrated the trio with the first violins so insistently to the fore.

With the finale we were on to much more tendentious ground. Safronov argues that, like other composers who have completed works by Mahler, Mussorgsky, Borodin and Puccini, he has preserved the language and style of the original so carefully that “today the uninitiated listener is barely able to identify the parts that are written by a different hand”. In essence, his argument seems to be that by conflating different elements drawn from a variety of other Schubert works and creating what is best described as a collage, he has stayed within style. In practice it does not work. It is not echt Schubert as would have been the case had an entire movement from another work been substituted. And where it really fails is that by throwing different elements drawn from a variety of non-orchestral works into the pot and stirring vigorously, the finale fails to work up any genuine symphonic tension, that sense of a movement developing an unstoppable momentum and all the strings coming together to provide a culmination and resolution. Jurowski and the OAE gave it a devoted performance.

Brahms’s concerto was definitely a walk on the wild side. At first one wondered how a ‘period’ band would provide the weight of sound which the opening movement cries out for but in practice despite some ensemble problems in the opening tutti one soon forgot about the lack of Heft, so absorbing were the perspectives revealed in the introduction. It was as though everything had been recalibrated. Gone was the comfortable, smooth, weighty Brahms. In came roughness and high drama.

Stephen Hough, playing the restored Steinway, was on occasion a pretty wilful soloist – his initial entry was hardly piano and synchronisation with the orchestra was erratic (I was reminded of Beecham’s gibe to a soloist: “Do stay in touch from time to time”) but it was all wonderfully alive and unpredictable. The piano’s sound – often clattery but powerful and astringent – made it possible for much bass and wind detail to register and it gave one a very good indication of how audiences probably first experienced the work. One odd miscalculation – the Adagio’s orchestral introduction set off at a flowing Andante that relaxed gradually as the movement progressed. Whatever reservations though this was a wholly absorbing concert and a great antidote to somniferous music-making on auto-pilot.