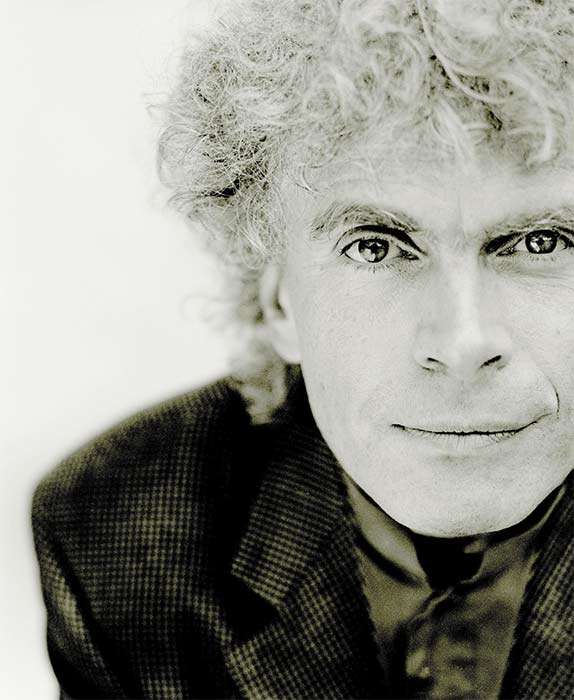 Bruckner’s Sixth has lingered in the shadow of his other mature Symphonies. Perhaps it’s because it doesn’t require the listener to square up to the sense of crisis played out in the final three, and is therefore considered slighter than them. It was an odd coincidence, then, that London should present two performances on consecutive nights, a broadly traditional one from the Bruckner Orchester Linz under Dennis Russell Davies at Cadogan Hall and then this one from the Orchestra of the Age of Enlightenment and Simon Rattle, following on from the ensemble’s ‘period’ reproduction of Mahler’s ‘Resurrection’.

The Rattle was also a premiere of sorts, the UK first performance of the new publication prepared by Benjamin-Gunnar Cohrs for the Anton Bruckner Complete Urtext Edition (Cohrs is one of the team who prepared the four-movement version of Bruckner’s Ninth, also championed by Rattle). Edition-wise, the Sixth is relatively straightforward – you can listen to the 1935 Haas version and follow it from the 1952 Nowak score, and this Cohrs copy on first hearing contains no surprises.

It was surprising, though, that Rattle conducted it from memory, and one had no idea whether issues to do with dynamics (some of the pianissimos stretched audibility), phrasing, accents and colouring were as a result of the editorial pen or down to Rattle going overboard on finessing the score. The strange thing was it seemed that Rattle took the first movement, marked Majestoso, unusually fast – but the duration (close on 17 minutes) was broadly in keeping with various others. Perhaps the illusion of speed was due as much to the generally light sound from the OAE strings and the characteristic ‘period’ blend as to Rattle’s assertion of tempo over pace, which has not endeared him to some Brucknerians.

There are two passages in this movement that bowl you over for their sheer audacity and originality, the ‘Eroica’-style false recapitulation and the astonishingly stunning coda, the former rushed at so that the home-key clinching timpani’s moment of high symphonic drama didn’t really make its mark, the latter let down by the rather recessed brass. The antiphonal violins played a big part in clarifying sound and touch, and, as in the ‘Resurrection’, the double basses (eight in number) ranged centre-stage behind everyone seemed to galvanise rhythm and to discipline ensemble.

The Adagio was played very beautifully, and there wasn’t the feeling that Rattle was striving for effect. Again, the mixture was such that the woodwind palette was muted, the oboe’s opening lament movingly introspective, and Rattle was inside those unwinding sequential passages were Bruckner just stands and stares. The textures were so limpid in the Scherzo that you could hear every detail of the oblique harmonies and of the violas’ bizarre pizzicato passages, an example of Rattle and the OAE standing on its head the notion that Bruckner was an organist-orchestrator, and the horn-calls in the Trio radiated bucolic good cheer.

If Rattle had set out to de-monumentalise the first movement in order to favour the impact of the Finale, his gesture paid off. It has often been marked the weakest of the four, probably because some conductors impose a sense of cathartic completion that just isn’t there. Rattle’s assertion of the music’s volatility, the interdependence of its sections and the organic way themes from the previous movements enhance the work’s coherence really was like hearing the Symphony in a new light. The performance was all the more remarkable for the range and commitment of the OAE’s playing, from rhythmic punch to veiled romantic heartache and without slavish deference to ‘period’ practice.

The concert had opened with an impressively histrionic account of the Tragic Overture by Bruckner’s nemesis Brahms, the composer who had an even more negative impact on the career and life of Hans Rott. Rott showed his Symphony to Brahms, who advised the young man to give up composing. That did for the mentally fragile Rott, who died in an asylum in 1884 aged 25 from tuberculosis after several attempts at suicide. The Scherzo from the Symphony in E is eerily suggestive of Mahler (the two were contemporaries in Vienna), both thematically and in Rott’s idiomatic use of a solo violin, rollicking horn calls and visionary trumpets – it’s as though someone’s slipped something into Mahler’s drink. The OAE’s response to Rattle’s vivid conducting gave a good idea of Rott’s precocious talent in a movement which goes way beyond the more rigid form favoured by Bruckner (with whom Rott had organ lessons).