“Gilbert and Sullivan’s Trial by Jury was the Mamma Mia! of the 1870s, running for hundreds of performances and touring as far as the United States and Australia. The OAE teams up with John Wilson for its first full-length performance of a Gilbert and Sullivan opera, as well as hits from G&S favourites, including The Mikado, The Pirates of Penzance and HMS Pinafore.” [SBC website]

“Overture, The Gondoliers; Ring forth ye bells from The Sorcerer; Is life a boon from The Yeomen of the Guard; Climbing over rocky mountain from The Pirates of Penzance; Minerva and Oh Goddess wise from Princess Ida; Overture, Iolanthe; As someday it may happen from The Mikado; Never mind the why and wherefore from HMS Pinafore; Painted emblems of a race from Ruddigore; When the night wind howls from Ruddigore; When I was a lad from HMS Pinafore; One more Gondoleri from The Gondoliers” [SBC website]

Trial by Jury – comic opera in one Act; music by Arthur Sullivan to a libretto by W. S. Gilbert

Orchestra of the Age of Enlightenment
John Wilson 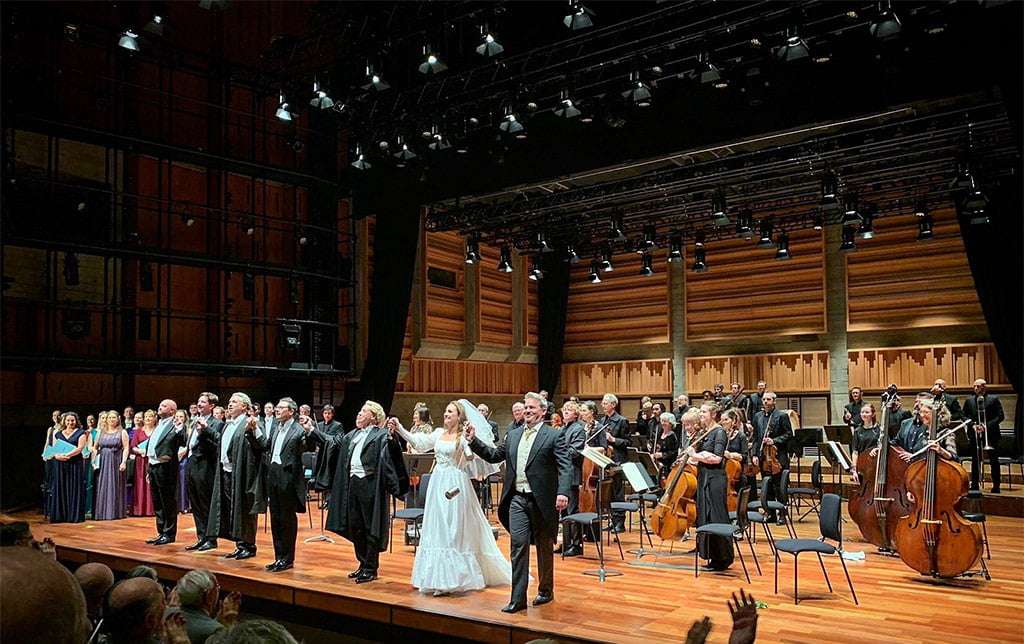 Squeezed in between Peter Sellars’s staged St John Passion that has recently toured Europe and Good Friday’s performance with Polyphony, the Orchestra of the Age of Enlightenment let its hair down in this enjoyable evening devoted to Gilbert & Sullivan, conducted with dapper distinction by John Wilson, making his debut with the OAE. Leader Margaret Faultless contributed a note in the programme as to how the collaboration with him began and a shared enthusiasm for G&S, bringing to bear his forensic approach for resurrecting film and show scores. The opening notes of The Gondoliers Overture unveiled a noticeable difference in timbre – transparently light, with characterful woodwinds (particularly Daniel Bates’s plaintively sour oboe) and restrained string vibrato – which sounded perfectly warm and natural in the Queen Elizabeth Hall.

In another contribution to the printed programme, Lisa Beznosiuk detailed the flutes being heard as products of Rudall, Carte & Co – the (Richard) Carte being the father of Richard D’Oyly Carte, the ‘third man’ behind the success of Gilbert & Sullivan. The first half, returning to The Gondoliers for its final chorus, ‘Once more Gondoleri’, to end, took us on a whistle-stop tour of nine of the pair’s fifteen collaborations, with a tenth – Trial by Jury – forming the second half. All but one of the cast of Trial by Jury had been on hand to lead us through the solos, patter songs and ensembles in the first half, as well as the Choir of the Enlightenment. 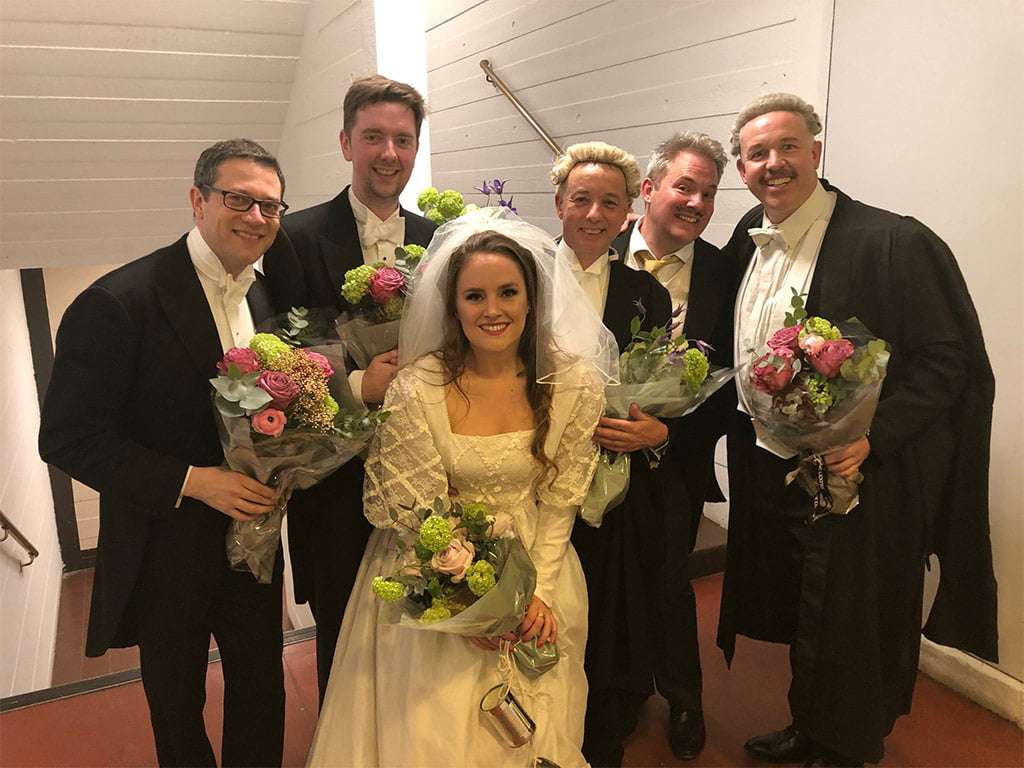 It was not all highlights in the first half – although Simon Butteriss’s assumption of The Mikado’s Ko-Ko with his ‘little list’, refashioned for the present day, and so topical as to include those hand-glued-to-DLR-trains eco-terrorists and veiled references to the B-word (with mild rude word sung), and Sir Joseph Porter’s patter-song masquerading as a musical CV, ‘When I was a Lad’, from HMS Pinafore couldn’t help standing out – with some lesser-known excerpts from lesser-known operettas. Louise Adler’s voluptuous assumption of Ida from Princess Ida offered some suitable solemnity in ‘O Goddess Wise’, while it was good to hear two excerpts from Ruddigore – not only the chillingly dramatic male-chorus ‘Painted Emblems of a Race’ but also the imposing Simon Bailey as Sir Roderic Murgatroyd in ‘When the Night Wind Howls’. Earlier the ladies had their own showpiece – ‘Climbing Over Rocky Mountain’ from The Pirates of Penzance, which had followed another rarity, ‘Ring Forth ye Bells’, the joyous opening chorus from The Sorcerer (G&S’s first full-length stage-work following Trial by Jury). Robert Murray assumed the role of Colonel Fairfax under death sentence in the ardent ‘Is Life a Boon?’ from The Yeomen of the Guard. Iolanthe was represented by Sullivan’s own Overture (some were left to others, or at least their orchestration), an evocative tone-poem in its own right, while – perhaps for me the best – Sullivan’s way with ensembles was illustrated by the sublime ‘Never Mind the Why and Wherefore’ from HMS Pinafore, Alder, Butteriss and Bailey encircling each other in typical D’Oyly Carte fashion.

Following the interval, Trial by Jury weaved its merry topsy-turvy musical way, in a witty semi-staged performance, not credited. Robert Murray’s Defendant arrived through the audience, while Louise Alder’s Plaintiff entered in a wedding dress, tin-cans attached to the train and wearing a “Just Married” placard with the “Just” scored out and replaced by “Not” (this being a case of “breach of promise” – still practiced until 1970). With Michael Craddock as the patient usher forever appealing for Silence, Simon Bailey as the counsel for the plaintiff and Simon Butteriss epitomising a doddery judge, Gilbert’s piss-take of the legal system offers just as many recognisable stereotypes for now, topped with a dollop of ridiculousness (the case is ‘solved’ by the judge agreeing to marry the plaintiff), conducted with panache and fastidiousness, John Wilson proving himself a potent G&S interpreter.