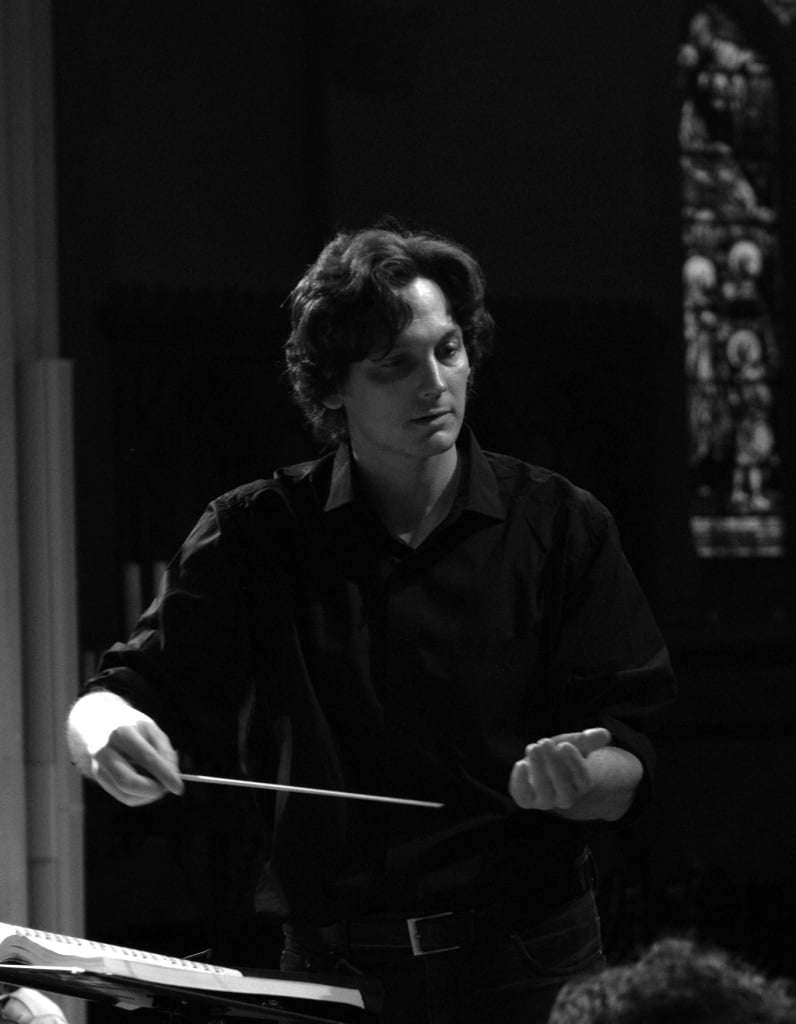 Fascinating programming from the Oberon Symphony Orchestra and a major coup to present the UK premiere of George Enescu’s Fourth Symphony in its completion by Pascal Bentoiu. The rest of the concert was no less stimulating, the Romanian element honoured in Bartók’s Folk Dances, incompletion being present in the Schubert/Newbould, and Symphonies in a transient state reflected in Blumine (originally intended for but dropped from Mahler’s First Symphony).

Blumine should get out more. Performances as affectionate as this convince the listener so: the trumpet solos (Alex Richmond) were sensitively done, the strings beautifully balanced, and the church acoustic well-judged by Samuel Draper. Bartók’s Romanian Folk Dances (six of them) were orchestrated in 1917. Here, though, one felt the blunting of the acoustic in the opener, yet the orchestra was able to find vim aplenty in the livelier numbers, and a special mention should go to the clarinet work of Ralph Lane and the violin contributions of Tom Evans.

Rounding off the first half was Brian Newbould’s realisation of the Andante from Schubert’s left-unfinished Tenth Symphony. Opening with an ongoing tread of low pizzicatos, the principal material comprises a long woodwind melody that gives way to a brass chorale, which in tutti form takes on a distinctly stately gait. Tender moments (a gentle clarinet in particular) brought a real Schubertian glow.

Post-interval, the meat of the evening found the Oberon players giving their very best in Enescu’s challenging writing. The church was hosting an exhibition, “In Memoriam Pascal Bentoiu, 1927-2010”, containing reviews, LP sleeves and photographs. He was a prolific composer in his own right (Symphonies, Piano Concertos, Operas).

In Bentoiu’s completion of Enescu’s Fourth Symphony (most of the first movement is the composer’s), Draper’s decision to have violas to his right with cellos facing out was a good one, giving the string-sound extra depth. The Symphony plays for around thirty minutes. Written principally during 1933 and the following year, this intense music is in the shadow of personal pressure (Enescu’s companion had had a severe breakdown and his own health was in question).

The opening is characterised by angular writing for violins against a dense thicket of sound in the bass. Grinding, brass-dominated climaxes afford no relief; intriguingly, a violin part (ably given by Evans) runs through the piece. Draper did well to lead us through the dense textures, negotiating the dark drama with precision, his beat a model of clarity. The central panel, an Intermezzo, is decidedly liminal in its effect. A processional element gives it momentum, while the ongoing mood is one of music between worlds; Enescu’s use of an unashamed Romantic tinge to some of the melodies speaks of yearning for better times before they get subsumed into a shadowy dance. Those Romantic allusions allow the Finale to blossom, both melodically and tonally; bringing back themes from earlier, there is now a cumulative element. The violins coped well with the high-lying lines, while Draper again paced the music so that the climax was as convincing as it was inevitable.

This is complex music, expertly scored and providing a memorable experience, its effect notably heightened by the music of the first half. Congratulations all-round.