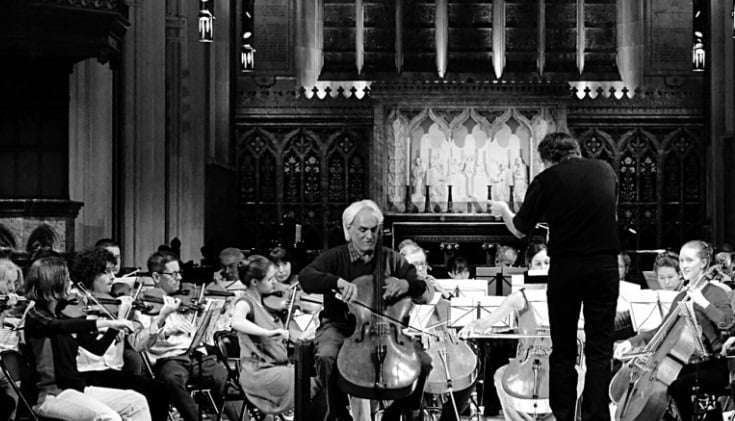 Now into its third season, the Oberon Symphony Orchestra has already made its mark with performances of late-Romantic classics, though here it ventured into more esoteric realms with the UK premiere (and probably the first performance outside of Denmark or Germany) of the Fourth Symphony by Rued Langgaard. The Danish composer is still a rarity in concert (Thomas Dausgaard’s Proms accounts of Music of the Spheres and the Eleventh Symphony notwithstanding), so the chance to hear one of his defining works was an occasion.

The life of Langgaard (1893-1952) is among the more obvious instances of a creative figure snatching defeat from the jaws of victory – though whether as a result more of the increasing recklessness of his world-view, or that of a cosseted only-child quite unable to deal with the exigencies of a greater reality, is open to question. Yet between the heady years of his early successes (notably the premiere of his First Symphony in Berlin when barely out of his teens) and the dejection prevalent from the mid-1920s onwards is a sequence of works that ought to have established him among the leading European composers of his generation. Not least the Fourth Symphony – completed in 1916, given a handful of performances in his lifetime, and a piece which represents the strengths (and relative failings) of this composer in full measure. 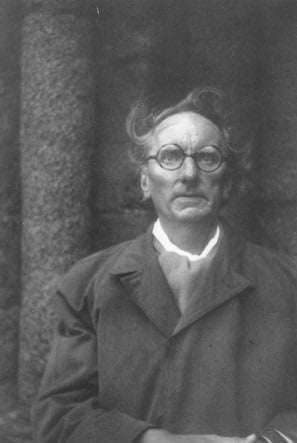 The ‘Løvfald’ subtitle, ‘Fall of the Leaf’, is sometimes (and not unreasonably) rendered as ‘Autumn’, yet the seasonal process of change and decay was doubtlessly meant to evoke metaphysical and even apocalyptic resonances. Its single movement is in eight continuous sections, but Langgaard did change his mind as to their number and ‘meaning’ over time, and the work is best heard as an expanded sonata design whose exposition, development and reprise are informed by a process of continuous variation – an amalgam which in itself was more than a little prophetic.

Certainly the plunging gesture with which it opens sets the tone for most of what follows and Samuel Draper brought out its fatalistic defiance in full measure, while ensuring a seamless transition into the plaintive second main theme, whose opulent expansion on strings at the close of the exposition is among the symphony’s highpoints. Nor did the discursive central span risk diffusiveness, with Draper as attentive to the geyser-like eruptions on strings and woodwinds at its apex as to the spellbinding transition when an oboe unfolds a plangent melodic line (eloquently played) over a string dissonance of inward intensity. Passages of exposed string writing (not least for violas) were for the most part securely managed, and if Draper could not prevent the closing stages from hanging fire, he secured the requisite momentum going into the coda with its startling overlay of bell-like ostinatos – then a final build-up in which dread and decisiveness were as one. Langgaard rarely takes the easy option, making the all-round conviction that the Oberon Symphony Orchestra bought to this music the more gratifying.

The concert had opened with three pieces from Grieg’s incidental music for Ibsen’s Peer Gynt, as heard in the familiar Suites. ‘Morning’ was rapturously expressive, while ‘The Death of Åse’ avoided undue vehemence – its inward closing measures preparing well for ‘Solveig’s Song’, whose indelible main melody was enticingly rendered without becoming cloying. All too easy to underestimate, Grieg was a master at invoking moods which persist long after the music has ceased – not least in the three pieces that were played here.

After the interval, Sibelius’s Fifth Symphony was given a sympathetic yet not always ideally focussed interpretation. The opening movement was finely launched, Draper ensuring the modified exposition had the right cumulative intensity, and if what followed lacked mystery, the majestic central climax headed convincingly towards its scherzo-like continuation. The latter’s progress was at times fitful (ideally it should give the impression of being in constant acceleration), but the coda – despite some tentative string-playing – lacked little in velocity. More problematic was a second movement which emerged as a slow intermezzo, its halting progress enervated rather than wistful and with insufficient lightness of touch as this music takes on more ambivalent shades before its winsome close. As to the finale, Draper balanced ideally between the surging impetus and airborne rapture of its main themes; if the course of Sibelius’s ingenious design was at times uncertain, neither the glowing affirmation of its coda nor the decisiveness of those six closing chords (rightly taken in tempo) could be gainsaid.

Overall, a fine showing for an orchestra that clearly relishes challenges and meeting them head on. The Oberon SO returns on January 17 with a programme to include Brahms’s Violin Concerto and doubtless another testing symphonic assignment.