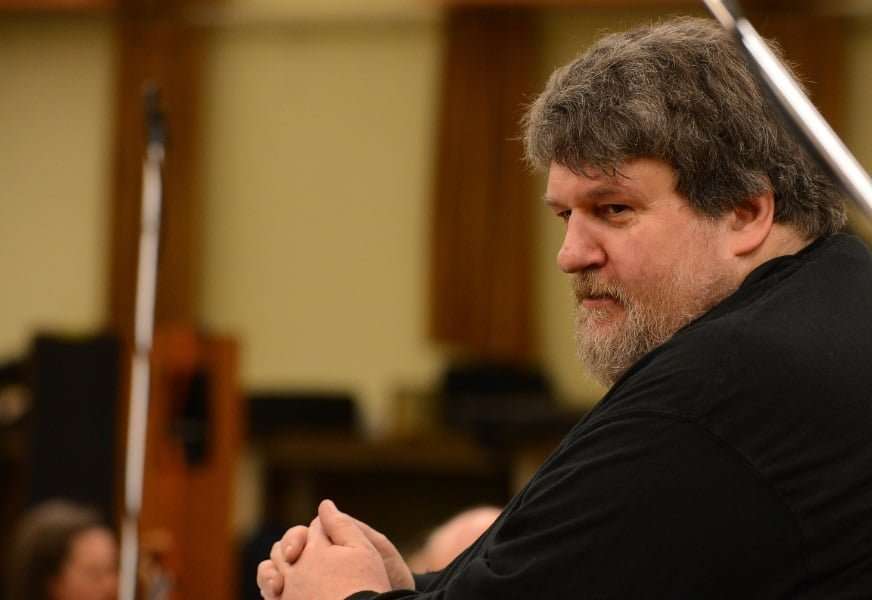 In the second of two concerts with the Britten Sinfonia, Oliver Knussen put together a delectable programme.

Mozart’s Masonic Funeral Music was played twice (a Knussen hallmark and he was witty in telling us why, that he doesn’t get much chance to conduct this composer and that we may find the piece too short to fully absorb its larger potential). With pungent woodwinds – including basset horns and contrabassoon – to the fore, the second performance seemed more intense and darker. Both were played with dedication and conducted with insight.

Knussen, these days with a walking-stick and not too good with stairs, was afforded a screened enclosure at the left side of the stage to disappear into while the platform was re-arranged. 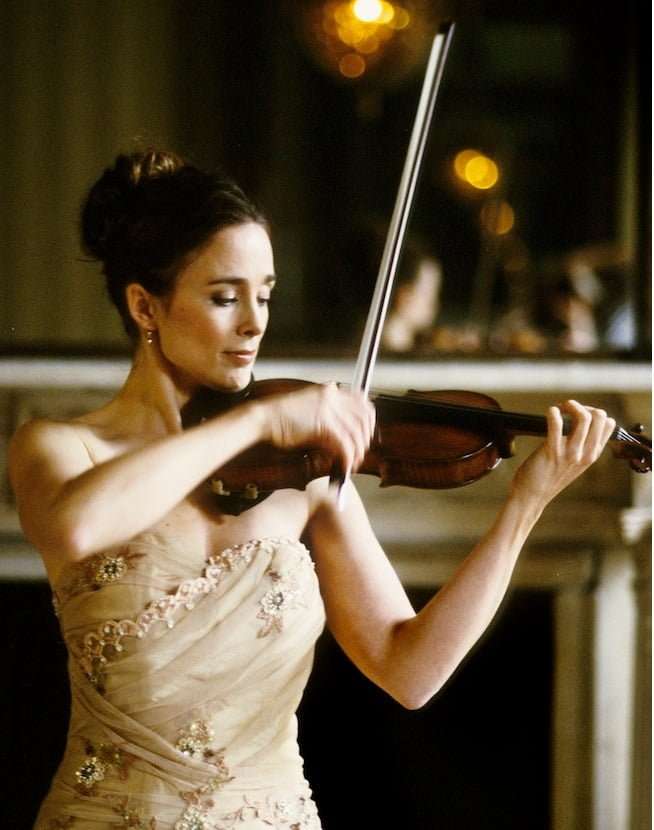 When he emerged from the ‘The Cabinet of Dr Caligari’ he met the arriving (glamorously attired) Frederieke Saeijs. She was fabulous, and it was notable to hear Knussen’s Violin Concerto again, written for Pinchas Zukerman, and first aired in 2002. It’s a wonderful piece, compact (seventeen minutes) but extensive in its expression: wonderfully lyrical, eloquent and dancing, its three “scenes” (‘Recitative’ – ‘Aria’ – ‘Gigue’) offering playfulness and poetry in such fastidiously crafted music (not a note too many) of engaging invention and colourful scoring – so gratifying to the ear and the senses.

Saeijs, from memory, was totally immersed in the music, and persuasive with it; and, when a broken string occurred, deft in a changeover of instrument with leader Jacqueline Shave. With the composer as consummate conductor, this account came across as definitive, and how structurally complete Knussen is, the full-circle return to the opening bells and stillness made inevitable.

After the interval, rare Stravinsky and Tippett. The former’s Ode (1943) was a Koussevitzky commission for Boston. It’s a ten-minute piece written in memory of the conductor’s wife, its three movements alliteratively entitled (‘Eulogy’ – ‘Eclogue’ – ‘Epitaph’), the first rather Tchaikovskian in its soulfulness, whereas the cavorting second highlights (hunting) horns and oboes, and the last is pastoral if a little chilly, enigmatic

Finally, Michael Tippett’s 30-minute Concerto for Orchestra of 1963, written to mark Benjamin Britten’s 50th-birthday and dedicated to him, given its first performance at that year’s Edinburgh Festival by the LSO and Colin Davis.

The work lives up to its name, flutes and harp at the opening in a beguiling (and recurring) tune that stays long in the memory, then piano and tuba followed by the woodwind consort in Baroque mode and with some inimitable (if scary) writing for horns, percussion adding ballast along the way: sectional, yes, but brilliantly imagined and written, inimitable and mercurial. The second movement introduces the strings in rapturous music that is an outpouring of intense voluptuousness – a bouquet to Caroline Dearnley for her cello solos – while the Finale unites what has gone before – clarion calls from the trumpets, athletic strides for the strings, and so on, leading to a glorious brass-led peroration … then the music stops rather than finishes, mirroring the work’s opening, starting as if in mid-sentence.

This fascinating and quirky score was given a reading to treasure, the many technical challenges made light off. What a shame that more people didn’t show and, further, that BBC Radio 3 didn’t record it (the LPO was on-live concurrently). Having broadcast the first concert (Mozart, Knussen and Berg at Milton Court), that this much more interesting programme was not invested in is a crying shame. I for one want to hear the concert again – great if neglected music, wonderfully given – but it can now only be a memory for the dedicated souls that made it along on the night.