“The German-born, Parisian-resident Heinrich Heine was a favoured source of texts for Romantic composers, none more regularly than his contemporary Schumann. In this first concert in the sequence, alternative settings by Liszt and Robert Franz are interspersed with Schumann’s own.” [Wigmore Hall website]

In this imaginatively-programmed recital, the unifying thread was the verse of Heinrich Heine, that burning star of German post-Romanticism. The opening section brought us nine poems from Heine’s 1827 Buch der Lieder, poems known to lovers of Robert Schumann’s Dichterliebe (Opus 48) – but here in settings by Robert Franz, whose many compositions elicited effusive admiration from Schumann himself, as well as Liszt and Mendelssohn. 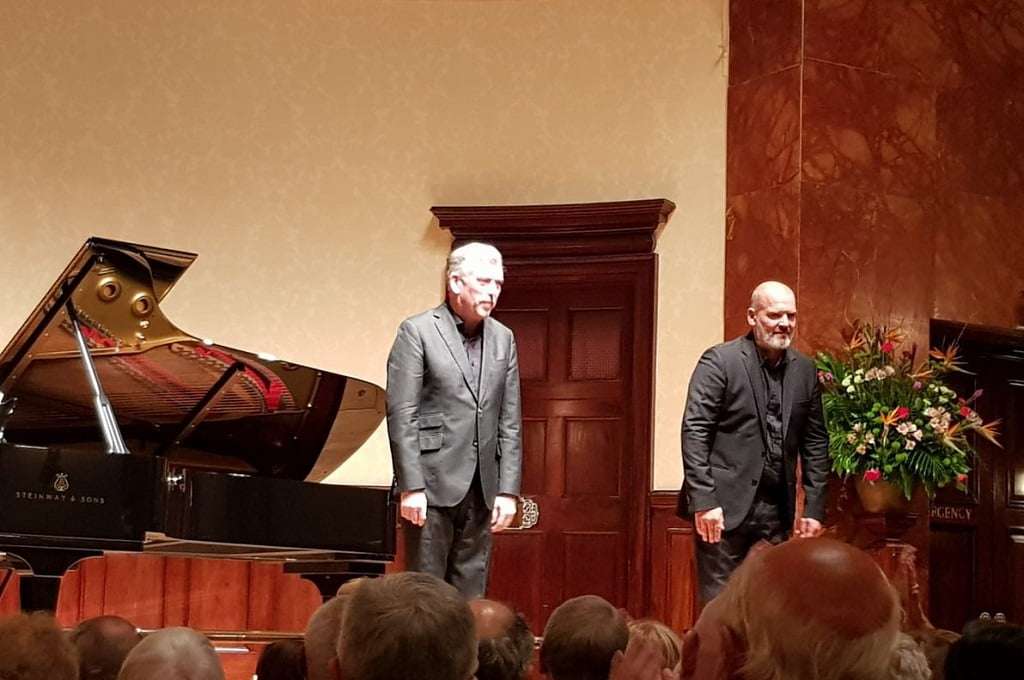 From the first note, Florian Boesch sprang into life, effortlessly filling Wigmore Hall with his elegant diction and confident musical line. His is a deeply satisfying voice, notable for its coloured, mellifluous delicacy in quieter passages and in the apparent spontaneity of his story-telling.

The opening ‘Im wunderschönen Monat Mai’ gave us known words but in an unfamiliar yet charming, if rather straightforward, setting. The vocal line was attractively exposed, underscored by unpretentious arpeggio lines (Malcolm Martineau, in his gentle mining of musical seams, always the most sympathetic of partners). But here, and in several settings to follow, the voice was the jewel and thus was given space to breathe and the effect was surprisingly touching. The final lines of ‘Wenn ich in deine Augenseh’ (When I look into your eyes) particularly showcased the melting mellowness of Boesch’s voice.

It’s tempting to decry these Franz settings as less than first rate, just because Schumann set them so incomparably. However, that is to miss the truth that lies in simplicity and Boesch and Martineau showed us how well these settings work on their own terms.

Schumann’s ‘Abends am Strand’ found Boesch and Martineau on completely comfortable ground, the singer at his most relaxed, with at times almost an enjoyable informality in his singing. Martineau’s tone was a delight. His playing throughout the Liszt sequence was by turns meditative and feverish. Boesch matched his partner for dynamic range though occasionally, during fortissimos, there was a hardening of tone, which nevertheless served the text and, in the context of a charged live performance, was perfectly understandable.

On an evening of such consummate musicianship it seems churlish to mention a non-musical facet. Nevertheless Boesch’s tendency to shuffle on his feet was somewhat distracting (especially when a song calls for rooted stillness, as in ‘Du bist wie eine Blume’). Indeed here, and at other points, Boesch’s shuffling and frequent redistribution of his weight from one leg to another, along with some rather generalised fist-clenching and arm movements meant this was not quite the last word in stage presence.

But, musically, Boesch’s great gift is for making the familiar sound fresh and this was in evidence in the Liszt setting of ‘Loreley’ and Schumann’s of ‘Belsazar’ and ‘Die beiden Grenadiere’, with Boesch’s conception of these dramatic songs less obviously heroic or hectoring, and more searching, than is often the case. Responding to an impeccably attentive audience, Boesch shaded darkly emphasising a syllable, yet always naturally and at the service of the text; musically one’s interest was held from start to finish. In Schumann’s ‘Tragödie II’, Boesch leant wearily against the piano, appropriately disembodied as the mere vessel for a song passing through him, each consonant sounded with perfect Teutonic clarity. Martineau found a wintry quality in his playing and Boesch thinned down his tone to match; the effect was corpse-like.

What better way to round off than with Schumann’s Opus 24 Liederkreis? It was all one could do but to close one’s eyes and to surrender to the kind of music-making and partnership that one comes across only after a work has lived for decades within artists. Boesch, at the peak of his vocal powers, was at complete oneness with the text and with Martineau. This was a performance in which Boesch captured nostalgia as well as self-pity, yet this was nevertheless portrayed sympathetically; Martineau was on electrifying form, completely inhabiting Schumann’s somewhat neurotic idiom, as well as in the ruminative postludes.

There were a couple of encores. Deftly quoting Schopenhauer Boesch told us “talent hits a target no one else can hit, but genius hits a target no one else can see.” It was a theatrically effective introduction to ‘Hör’ ich das Liedchen klingen’, this time given in the Schumann setting, with Martineau eking out the memory of the beloved’s singing in syncopation before Boesch took up the melody. It was heavenly moment. Another DIchterliebe song followed, an appropriately arch rendition of ‘Ein Jungling liebt ein Mädchen’. Boesch captured the irony, sarcasm, humour and bitterness of the Heine poem, and of Schumann’s writing, to perfection.