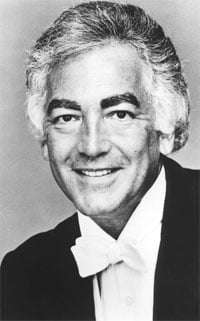 The season at Opera Holland Park began with minimal accompaniment from the peacocks and no interruptions from rain. This was the company’s first production of Don Pasquale and no talent was spared to make it a landmark. A cast which would have done credit to any international opera house, the doyen of bel canto conductors in Richard Bonynge and an imaginative production team promised a rewarding evening and expectations were not disappointed.

The work was originally performed in contemporary dress so the decision to update the action to the present day could cause little consternation. The setting is a British seaside resort; Don Pasquale’s house is transformed into a down-at-heel café in Italian ownership “La casa del Fish ‘n Chips”. He himself toured his domain on a mobility scooter. Various extras kept on cropping up: two Lycra-clad joggers, an elderly couple bringing their own picnic to eat from a bench on the esplanade, a deck-chair hirer, a pair of police officers on the beat, a gay couple taking their baby for a walk in a buggy, a delivery driver.In this environment the sharp-suited Doctor Malatesta with his polished shoes, shiny black briefcase and rolled umbrella seemed out of place but these were signals of the rewards that his superior intelligence and resourcefulness had brought him; certainly he was the cunning puppet-master in the cruel game of deceiving and humiliating Pasquale. 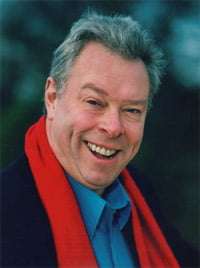 Donald Maxwell is a sovereign comic performer, ideally suited to portray the elderly gentleman; his lumbering gait carefully studied. He celebrated the apparent sealing of the contract with Malatesta by removing his threadbare socks and going for a paddle. Believing he had got rid of his tiresome nephew Pasquale did a lap of honour on the scooter. Initially the lack of an orchestra pit caused Maxwell problems of audibility but he soon came to terms with the degree of verbal projection necessary; otherwise he sang more firmly than many of the veterans normally allocated to this role. As the put-upon bachelor his bewilderment at the indignities heaped upon him was legion.

Pasquale re-appeared for Act Two with slicked-down hair atop a blue suit apparently from a 1970s’ time-warp and whose trousers no longer fitted him but preening himself for the arrival of the supposed Sofronia. Norina in her true guise was a liberated woman, plastering on her factor-fifteen sun-cream on legs and cleavage, watched with the aid of a beach-side telescope by an interested observer. Naturally she communicated by text message. As the supposed nun Sofronia in the second Act she appeared the acme of shy timidity, then in one of the best sight gags of the evening Malatesta, with a single movement, swept off everything, nun’s habit and wimple, to reveal a blazing scarlet frock. The updating of Pasquale’s furniture which Sofronia orders in the original libretto becomes a full-scale refurbishment of his business premises, the seedy café turned into a smart designer ice-cream parlour. 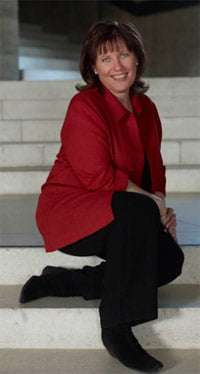 Vocally Majella Cullagh seemed not at her best, the lyric writing accompanied by an uneasy tremulousness of tone. When she entered into the realm of the coloratura there was much more to enjoy, scintillating runs and full, rich top notes. Dramatically she became the cornerstone of this production. As the title role waned in importance, hers came to the fore. She it was who introduced an element of pathos at the moment when she realised the old man’s suffering, throwing out the aside “E duretta la lezione!” in the Act Three duet. After that playfulness was mixed with nobility. Significantly she has the finale “La morale in tutto questo”, defining the moral of the story and director Stephen Barlow had her raised above principals and chorus to do so.

Colin Lee is luxury casting for Ernesto. He is one of an extraordinary wealth of tenori di grazia who now populate the world’s opera stages with an assurance which would not have been thought possible even twenty years ago. He offers purity of tone but also drives the music onwards with an excitingly muscular vigour and his top notes are fearlessly produced. He had begun the second verse of his cabaletta softly but ended it with a high D flat in full voice. Dramatically he was always on the ball, nicely balancing boyish playfulness with adult calculation.

Richard Burkhard as Malatesta may have been the least-known of the cast but he is the possessor of a solid, firmly focused baritone and his enunciation of the Italian text was notably clear. He played the part with great assurance and a fine stage-presence. There was always a certain ambivalence about the character in his hands. His “Bella, siccome un angelo” was sung as if to himself, like a romantic suitor. Though he was always unmistakably the manipulator-in-chief, one was never quite sure of his motives.

The second Act of this opera is one of Donizetti’s finest, most progressive achievements: what elsewhere almost invariably would be separated numbers here flow into a single stream of dramatic action, facilitated by the use of strings to support the recitatives. Richard Bonynge, cheered to the echo, doubtless in gratitude for past favours to early nineteenth-century Italian opera, kept the momentum going in an evolving musical structure and theatrical concentration never faltered. Conversely, at moments of stasis such as duet cadenzas he was helpful to the singers. Ensemble was good throughout.

Barlow’s direction is full of memorable moments, the Morecambe and Wise routine at the end of the duet between the two baritones perhaps the best. I was concerned only for Pasquale in the final moments: was the latter’s collapse on the beach intended to mean his death? There is much wit and ingenuity in Colin Richmond’s set designs and Mark Jonathan’s lighting contributed to the fun, including evocations of the changeable nature of the British weather. But with seven further performances I don’t want to give too much away. Highly recommended as an evening of fine music-making and comic enjoyment.