Janáček
Jenůfa – Opera in three acts [Brno version edited by Sir Charles Mackerras and Dr John Tyrell; sung in Czech with English surtitles]; Libretto by the composer, based on the play “Její pastorkyňa” (Her foster-daughter’) by Gabriella Preissova 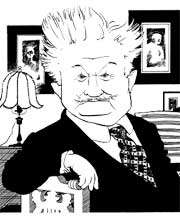 It took over fifty years for Janáček’s “Jenůfa” to reach London. The composer’ s third opera was, however, the one that put his name on the musical map, although it took some time for the work to be accepted in his native Czechoslovakia after Janáček had revised the piece following its initial Brno premiere in 1904. His definitive version was not performed until 1908 and even then not in the capital city of Prague. Janáček had sent the work to the National Theatre there but its director, Karel Kovařovic, had objected to a review by Janáček of one of his own operas and turned it down. “Jenůfa” was therefore not seen in Prague until 1916 in a re-orchestrated edition by Kovařovic and London didn’t see it until 1956. Since then, however, British opera companies have taken the Czech composer to their collective hearts and regularly add new productions of his operas to their repertoires.

When he wrote “Jenůfa”, Janáček was trying to edge away from the folkloric music tradition and into a more verismo style. Although set in a local village in Moravia, “Jenůfa” is a long way from the style of, for instance, Karel Kovařovic. Janáček and the rest of the opera-world at the time were becoming impressed by the new realism displayed in the likes of Bizet’s “Carmen”, Mascagni’s “Cavalleria rusticana” and Tchaikovsky’s “Queen of Spades”.

The more down-to-earth side of life such as that revealed in “Carmen” is shown in “Jenůfa”. Gone are the trivial rural plots and folk dances (although there is still a little of the latter here) to be replaced by tougher themes such as the misery of an illicit pregnancy, an out-of-wedlock birth, violence and alcoholism and the subsequent murder of a baby. However, it is all done in the name of love, as the chief protagonist, the Kostelnyčka , the heroine Jenůfa’s stepmother, tells her. But she is a strong woman who, as Laca, Jenůfa’s would-be lover, admits, “could make a stone weep.”

The part of the Kostelnyčka gets a terrific performance by Anne Mason, who dominates the stage whenever she appears. However, this is not to belittle Anne Sophie Duprels, who returns to Opera Holland Park in a role she was born to play. She takes the part of Jenůfa, the poor girl who has been made pregnant by local bullyboy Steva, and runs away with the role. The passion in her voice is really something to behold. She lends the part a real tingle factor.

Furthermore, it is impossible to fault Olivia Fuchs’s exciting production, which has been cast very much to strength. Tom Randle gives a most moving account of Laca, who has always loved Jenůfa but fears he will lose her to his half-brother Steva. Aldo Di Toro as Steva makes the womanising villain hideous enough but saves some sympathy for his plight. Nuala Willis offers a commanding figure of the matriarchal Grandmother Burya. Yannis Thavoris’s designs exude the requisite coldness of these loveless characters, while Stuart Stratford gets the best from the City of London Sinfonia, which plays Janáček’s brilliantly dramatic score as if its life depended upon it. This is one of the best productions Opera Holland Park has staged, and is not to be missed.

The new look of the theatre itself is most welcome – the seats are really comfortable, the sightlines couldn’t be better and the sound quality is extraordinarily good. There’s a lesson to be learnt here by other companies. The sole drawback is that on chilly evenings it is still mighty draughty under that new canopy, so wear a vest and take a coat or scarf.