Leoncavallo
Zazà – Commedia lirica in four Acts to a libretto by the composer after the play by Pierre Berton & Charles Simon [1919 revision; sung in Italian, with English surtitles] 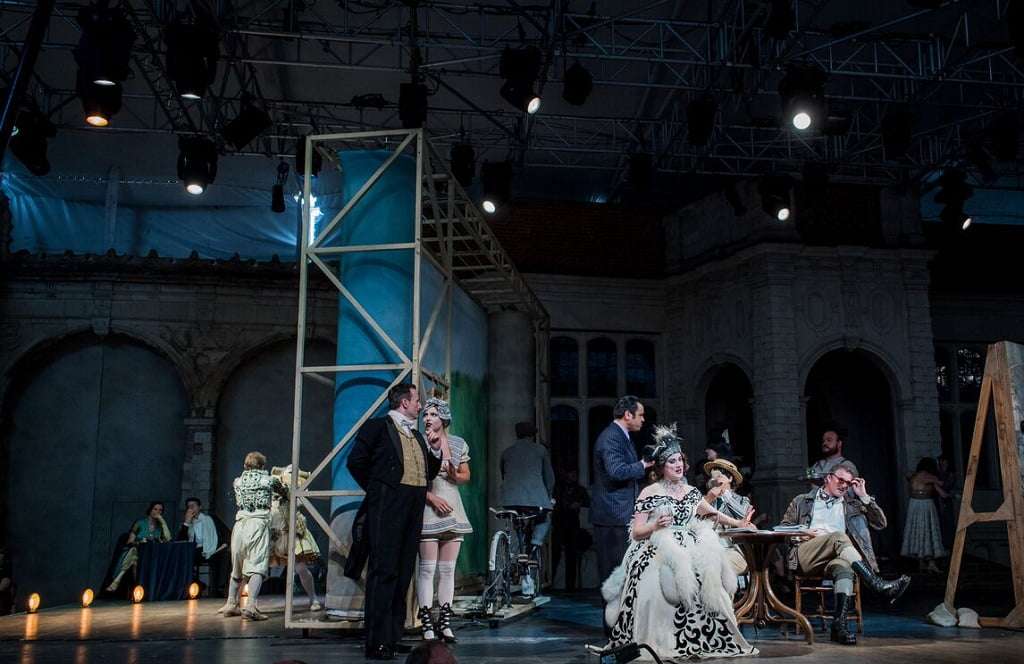 Opera Holland Park has been a leader of the exploration of Italian operatic output of the early-twentieth-century, staging works by Mascagni, Ponchielli, Cilea, Catalani, Montemezzi, Zandonai and Wolf-Ferrari, and usually with considerable aplomb.

In this new staging of Leoncavallo’s Zazà London gets a second chance to appraise it, this time in a full staging following a successful concert performance by the BBC Symphony Orchestra & Opera Rara, which was tied to a commercial recording. What OHP shows is that in the hands of a thoughtful director, Marie Lambert, Zazà is stronger staged than might be imagined, and it offers singers some great vocal and thespian opportunities.

OHP’s stage is used to maximum extent in the striking opening Act. All the elements of a variety theatre are here with depiction of routine in all spaces running simultaneously but not distracting from the main narrative. Evocative costuming is evident from the start. The settings become more intimate and increasingly domestic. Zazà the opera is curious, for it turns the art-reflects-life focus on its head and concentrates far more on the actress, her manipulative mother, her former and current lover, and the wife and daughter of the latter. The dilemma for the heroine is that the deceit and artificiality of her affair with a married man is laid bare when she encounters his true circumstances and that her actions could affect the lives of many innocent parties. Lambert’s direction brings this cogently to the fore with great charm and occasional humour.

The role of Zazà requires a great singing actress – with stamina, power, beauty of voice as well as a formidable technique. Anne Sophie Duprels ticks all these boxes – some exquisite singing high above the stave and bags of silvery tone when needed; she inhabits the stage, and does not overplay histrionics or mawkishness in the scene where Zazà encounters the young girl Totò. A shame that the noise of an ill-timed downpour rendered some of her big final scena difficult to hear – but that is semi-open-air opera for you! 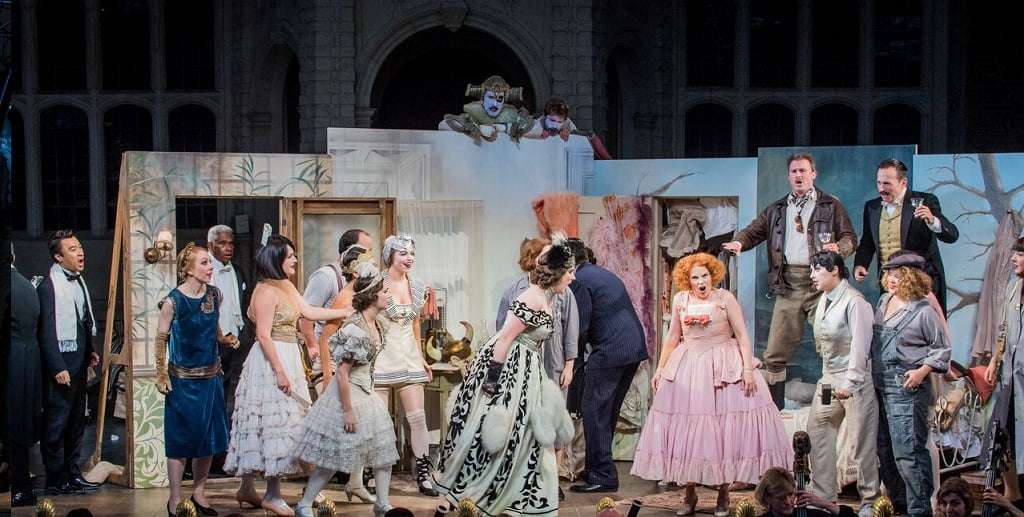 Richard Burkhard plays Cascart, Zazà’s ex-lover but generous protector, strongly and sympathetically, delivered gloriously. James Cleverton also impresses in the pivotal role of Bussy. Louise Winter delivers a scene-stealing cameo as Zazà’s errant dipsomaniac mother. Beautifully observed and amusing, and vividly voiced to boot. Kellie Edmonds’s Natalie is a nicely sympathetic character, full of unobtrusive detail. Milio Dufresne is not the most likeable of tenor anti-heroes, all ardour and swagger until his double life is laid bare and then he turns nasty; Joel Montero improved as the evening went on and was extremely powerful in the encounter with Zazà: I cannot think of a relationship of lovers in opera that collapses quite as uncomfortably as this one. Praise too for the those who take the small roles and also made their mark – Johane Ansell’s Floriana and Joanna Marie Skillett’s Signore Dufresne particularly, and Aida Ippolito was effective as Totò, a speaking role, her limited audibility in the big space enhancing her innocence.

Leoncavallo’s Zazà has some interesting throwbacks to other more famous operas. I liked Milio’s short aria in praise of his desk – a sister piece of furniture to Manon Lescaut’s little table, and the unseen elements of Parisian life are common to La traviata, La bohème, Il tabarro, Louise, too. The City of London Sinfonia and Peter Robinson was on fine form, relishing the music, and particularly well-managed were the off-stage banda and choral moments. Opera Holland Park has done a grand job!