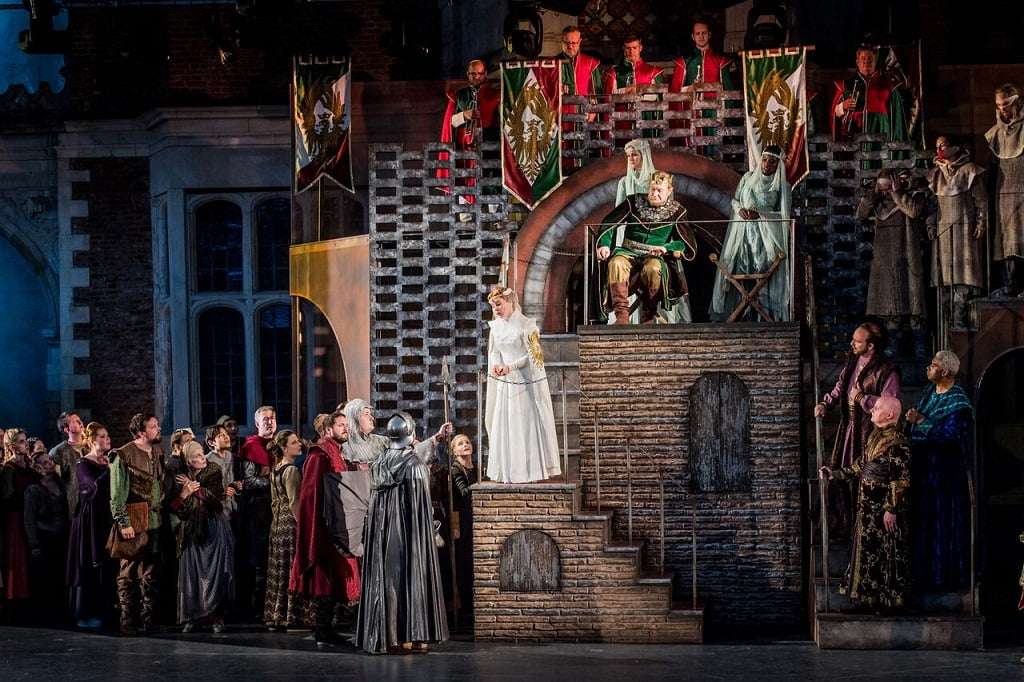 One of the pleasures of Opera Holland Park has been its scheduling of Italian stage-works that have little or no performance history in the UK (or, for that matter, outside of Italy). Isabeau is no exception: the tenth of Pietro Mascagni’s sixteen operas, successfully launched in Buenos Aires in 1911, it was warmly received in Italy (as well as the United States) and stayed in the repertoire there until the Second World War. Revivals have been seldom, and the present production seems to be the first anywhere in the UK. What emerges is an opera that, while by no means a revelation, affords ample evidence of its composer’s striving to move his idiom away from the verismo tradition with which he has been indelibly associated.

This turn towards Romanticism was a conscious decision on Mascagni’s part, aiming to broaden the expressive reach of his music to a degree impossible within the narrow focus of verismo. Indeed, the ambience of Isabeau is that of Wagner (albeit Lohengrin rather than Parsifal), onto which have been grafted aspects as drawn from Richard Strauss and Debussy. The emergent mix is heady if hardly subtle, and also indicative of a tendency to emulate existing trends rather than evolve his own aesthetic which dogged the composer thereafter. When this does cohere, however, the results are impressive – above all, in the lengthy interlude of Act Two as the eponymous heroine rides Lady Godiva-like through the streets of an imaginary Medieval town; the music articulating her evident humiliation for staying true to the tenet of not marrying other than for love. It is also indicative of the orchestra’s defining role, above and beyond any of the protagonists per se, for all that the libretto is as finely conceived and executed as almost any from the then ubiquitous pen of Luigi Illica. 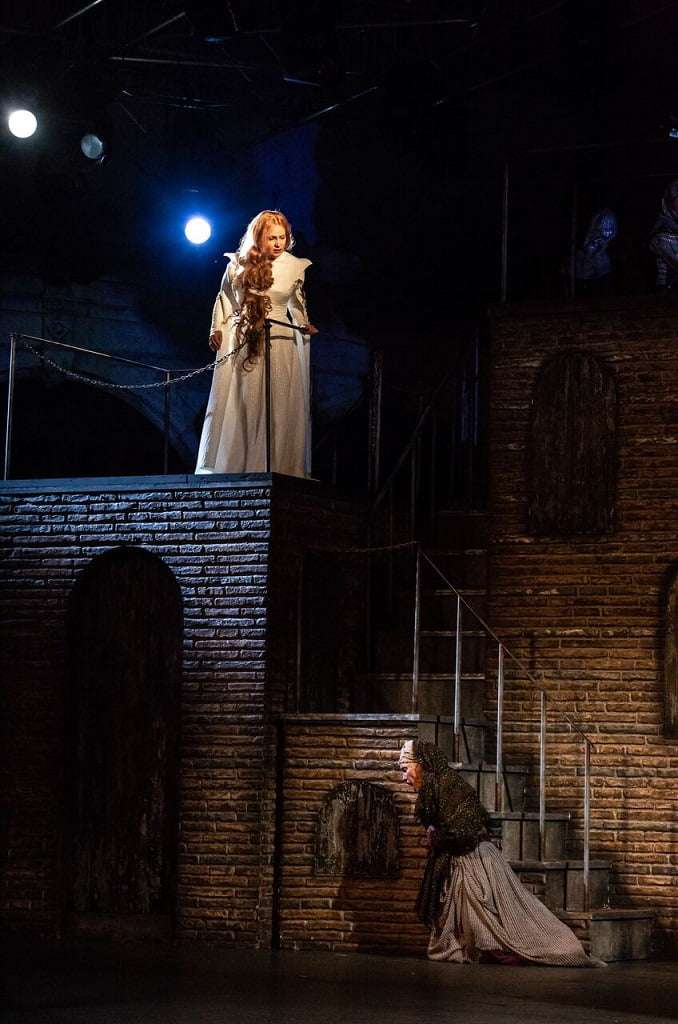 In dramatic terms, too, this interlude brings out the best from Martin Lloyd-Evans’s staging; mirroring the generalised medievalism of the scenario in suitably atmospheric if undefined terms, the unfurling motion of sets in parallel to the textural accumulation of Mascagni’s music is majestically realised. Not that the production overall fails to do justice to this work, with the sets by takis [sic] adaptable to the scene at hand while also making the most of such set-pieces as the overhead fanfares which initiate the opera then recur at its dramatic highpoints, while Robbie Butler’s lighting similarly extracts the requisite light and shade from music as might otherwise fall prey to its own indulgence.

Vocally and dramatically the cast is a strong one. As Isabeau, Anne Sophie Duprels readily commands the stage while also conveying much of the integrity in the face of populist ridicule as makes her a far from conventionally put-upon heroine. David Butt Philip brings eloquence to the part of woodsman and unwitting voyeur Folco, not least during his climactic duet with Isabeau that emerges here with palpable nobility. Mikhail Svetlov injects what conviction he can into the vacillating and inconsistent King Raimondo, while George von Bergen ratchets up the nastiness of his advisor Cornelius, even though to what end his machinations are directed is never made explicit beyond a general ‘wrecking’ mentality. Nadine Benjamin and Joanna Marie Skillet are deftly contrasted as respective retainers Ermyntrude and Ermyngarde, while Fiona Kimm is pathos itself as Folco’s mother Giglietta and Oliver Brignall is unfailingly gallant, the outlaw knight who engages Isabeau’s sympathy though not her acceptance in what proves to be this opera’s fateful turning-point.

The Chorus of Opera Holland Park acquits itself vividly as the generally uncomprehending populace, with the City of London Sinfonia no-less-up to the mark in some dense and often exacting writing. It helps when the score is so ably conducted by Francesco Cilluffo, here making an auspicious OHP debut. In music which could too easily lose shape and direction, he steers the drama on to its melodramatic conclusion with admirable purpose. Hopefully he will return post-haste: for now, his conviction sets the seal on a staging that, if it does not reveal an unexpected masterpiece, still confirms Isabeau as a significant piece within the absorbing jigsaw which is early-twentieth-century Italian opera.