Mozart’s Così fan tutte can seem a problematic work to modern sensibilities. The music largely and clearly rests in a comic tradition and yet there is a painful and emotionally dark side that is inescapable, particularly if the director remains true to the strong words of Lorenzo Da Ponte’s text. In his new Opera Holland Park staging Oliver Platt achieves this, wisely eschewing the formulaic approach that immediately sets Ferrando and Guglielmo wooing their respective girls and each responding in kind. Platt presents the inter-relational dynamics as something far more fluid, helping build up a convincing and credible tension between the two men, the two women, and the various pairing options. This Fiordiligi is visibly unsettled by the disguised Ferrando’s appeal early on, and the uncertainty of the officers as to how they should be playing their disguised roles is nicely characterised. Alyson Cummins’s clever designs have an organic fluidity about them, beautifully allowing expansion to the far-reaches of the stage for the outdoor scenes, whilst allowing intimacy indoors, no more so than when Fiordiligi closes all the doors for some solitude during the latter stages of ‘Per pietà, ben mio’.

Platt’s direction has other appealing facets. We first meet the officers seemingly preparing for some sort of carnival event, with elaborate costumes being tried and measured. Other nice touches include Fiordiligi’s standing on a chair for the start of ‘Come scoglio’ where she doesn’t seem quite as firm in her resolve as the text might imply. Similarly, he deftly brings out Guglielmo’s withering commentary about the girls as the pseudo-wedding festivities begin. In this age of pared-down presentations of this opera it is refreshing to encounter a staging where the chorus is integrated so well, only rarely becoming distracting. It is impossible to draw all the strands to a realistic whole convincingly, particularly the Despina disguises, but Platt succeeds in presenting a remarkably cogent and bittersweet quality that certainly engages the senses. 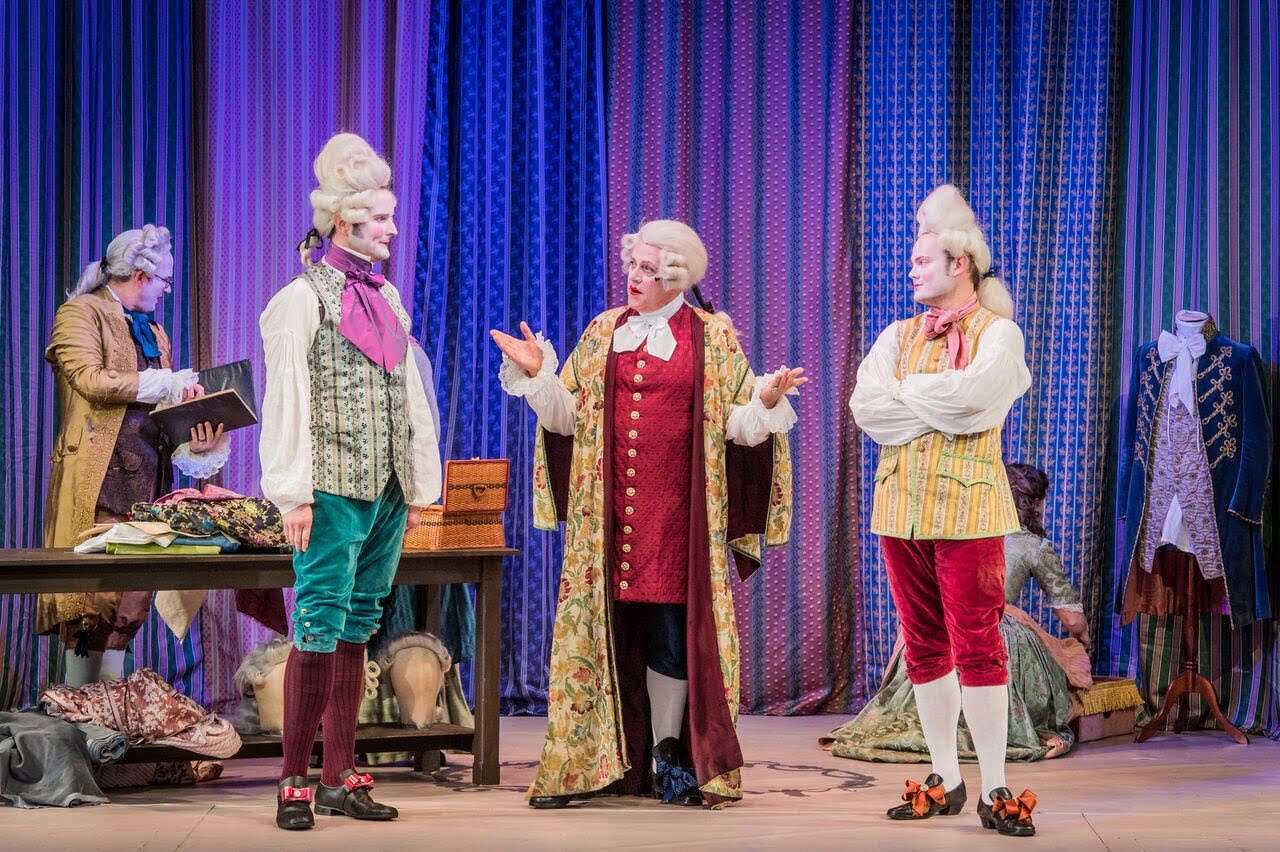 Of course, Mozart’s music is top-notch and continues to enthral and dazzle. Dane Lam and the City of London Sinfonia present this with crisp textures and vital playing and tempos. Stuart Wild’s continuo is measured and not over-fussy, although the slight amplification needed for this tricky acoustic does not always assist in assimilation with the other players. There is some superb clarinet- and exuberant horn-playing as occasion demands. Lam is very supportive of the sextet of soloists. Eleanor Dennis’s Fiordiligi is beautifully sung and well-acted, no more so than in her Act Two scena; her creamy tone and admirable technique are an asset throughout. She blends well with Kitty Whately’s warm-voiced Dorabella too, who brings a more-fiery persona to Dorabella than is usual, not quite as subservient to the leads of her sister and Despina – indeed she brings not only a histrionic side but also more than a hint of self-righteousness to the girl; an imaginative interpretation engagingly sung. 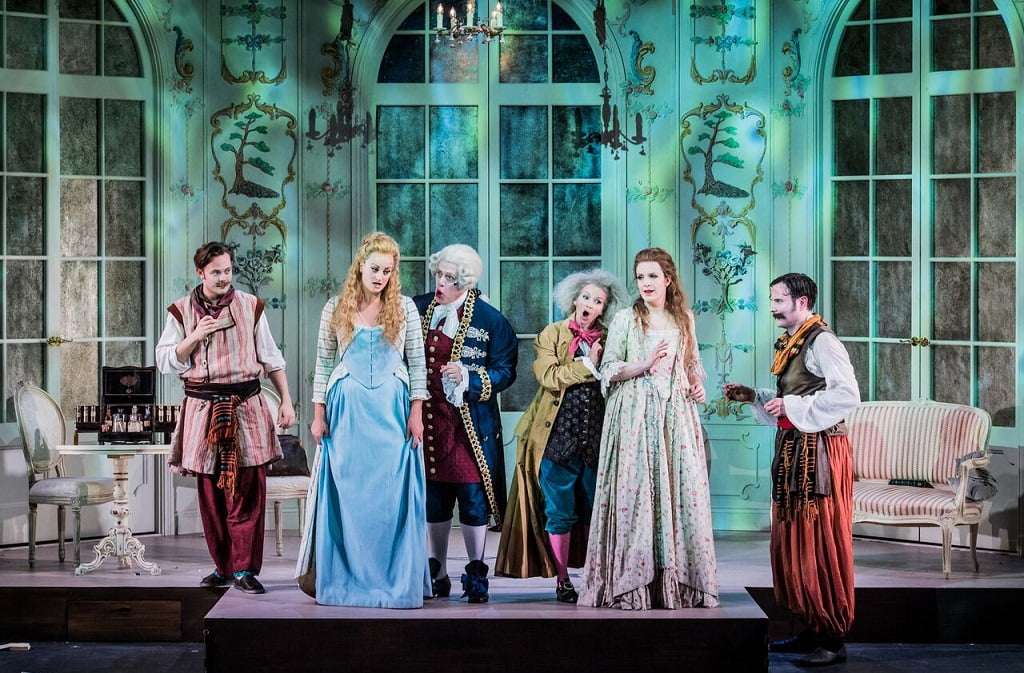 Nicholas Lester is an imposing and macho Guglielmo, particularly good at getting the text across and he gets to sing ‘Rivolgete a lui lo sguardo’ rather than the later ‘Non siate ritrosi’, and he makes a strong case, vocally and dramatically, for it being heard once in a while, even if one can see why Mozart had second thoughts. Nick Pritchard provides fluid and generously honeyed tone to Ferrando’s two arias and a persuasive contained thoughtfulness to his depiction of this character; ‘Un’aura amorosa’ is sung melting.

Sarah Tynan is an engagingly busy, youthful and bright-toned Despina, and effective in her medical and legal disguises. Sadly, Peter Coleman-Wright was vocally out of sorts with rather worn and wiry vocal tone, sounding pushed under pressure and not always accurate of pitch. He’s a consummate and experienced actor however, and his sour and almost baleful presence is a distinct asset, simultaneously providing a disturbing foil to the comedic aspects of the plot.