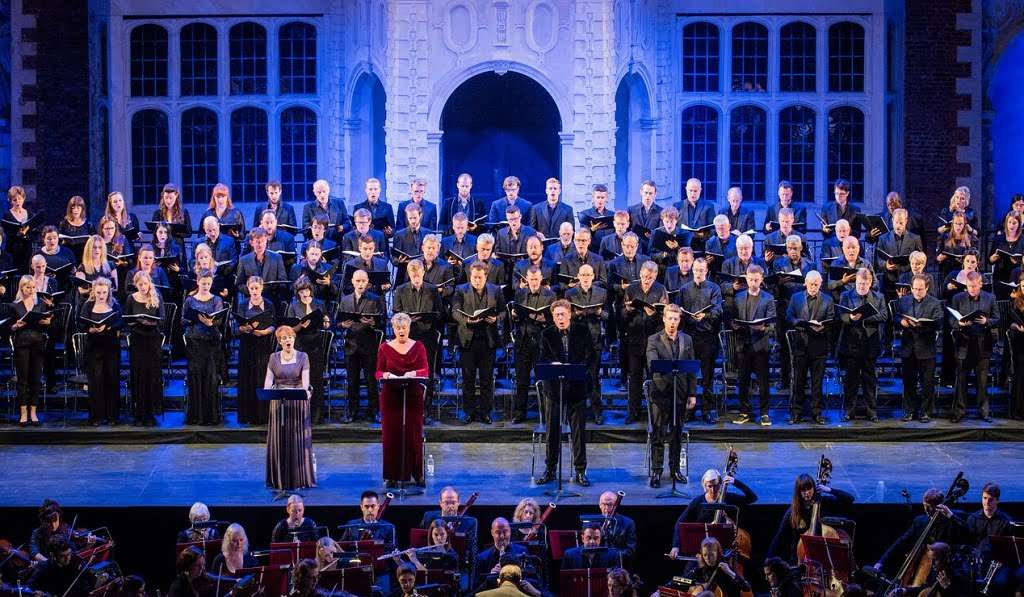 In the wake of the appalling Grenfell Tower fire which ravished so many lives and impacted on numerous others, including Opera Holland Park which lost one of its front-of-house staff, this memorial performance of Verdi’s Requiem was always going to be a highly charged, emotional event. Whether one is a person of a faith, or of none, Verdi’s Requiem takes us to the very edge of life and death: the searing depictions of hellfire and many references to fire and ash, has never perhaps been more poignant or shattering than here.

The Chorus of one-hundred-and-twenty (including OHP principals and guest artists), with its crisp attack and disciplined singing, was exceptional. The wide stage (sometimes challenging in the context of an opera) worked a treat, separating clearly the choir’s SATB sections in the flowing polyphony. The sustained legato singing in quieter moment was a sensual delight, and diction was especially clear.

Of the vocal soloists, Anne Sophie Duprels impressed with her easy command, security of tone, and huge reserves of power. She was absolutely thrilling in the sustained high-C in ‘Rex tremendae’ and later found even greater bite in the ‘Libera me’ fugue. Yvonne Howard also gave a scorching performance, completely comfortable at the higher end of the register and beguiling in her range of timbres at the lower. Neal Cooper sang with intense commitment and with urgency in communication during the heart-rending ‘Ingemisco’; and Barnaby Rea, if not the most resonant of basses, in the quieter moments he was touching, individual words darkly shaded, as in ‘Mors stupebit’. 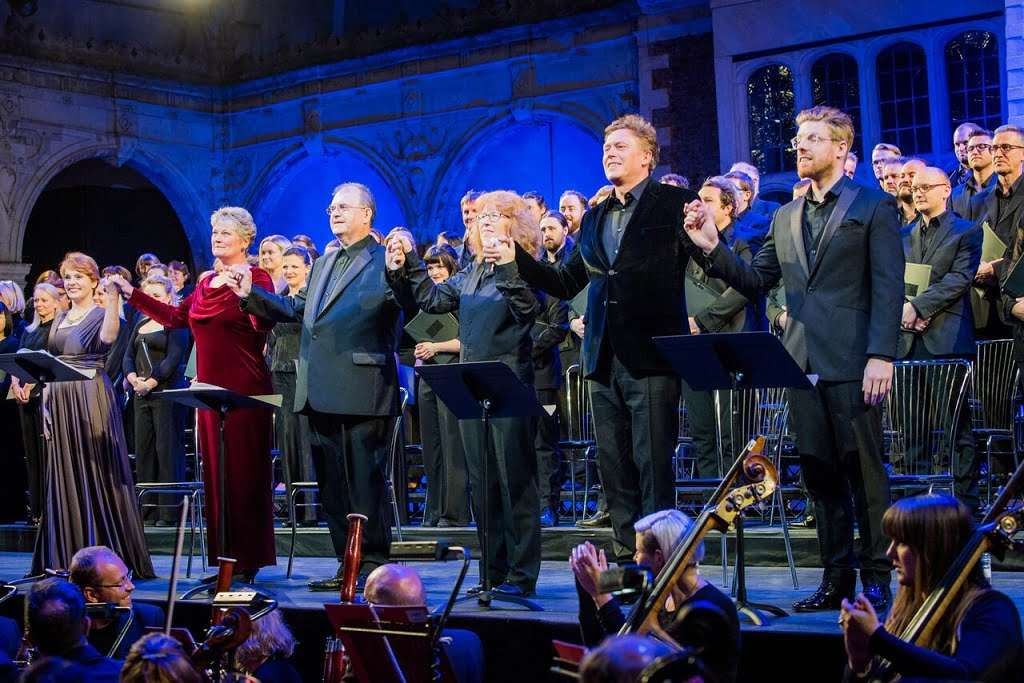 The City of London Sinfonia was in blazing form with outstanding contributions from woodwinds (oboes and bassoons especially) and the brass (off-stage trumpets came from on-high behind us and were most effective). The strings (violins arranged antiphonally) found especial beauty at the opening and later in ‘Lux aeterna’, and timpanist Tristan Fry was kept busy while serving the music admirably. Yet, in an ideal world the orchestra could have been larger; its sixty members felt underpowered at times given the acoustic and the size of the chorus.

Just before the ‘Offertorio’ Peter Robinson stepped off the podium; we had a minute’s breather whilst Sian Edwards took his place. It was a curious but fascinating handover: under Robinson the music (including the lengthy ‘Dies irae’ section) was brisk and firmly controlled; with Edwards came a slightly looser, more expansive feel though she drove hard in the closing pages. We were left in stunned silence, with one of the longest silences ever before anyone thought to applaud.

Hats off to James Clutton and Michael Volpe, the tireless directors of Opera Holland Park, for bringing together all these musicians (donating their expertise and time) and galvanising the local community (a sold-out house) to raise funds for the Rugby Portobello Trust which is supporting those affected by the fire.