Puccini
La rondine – Commedia lirica in three Acts to a libretto by Giuseppe Adami after one by Albert Maria Willner & Heinz Reichert [sung in Italian, with English surtitles] 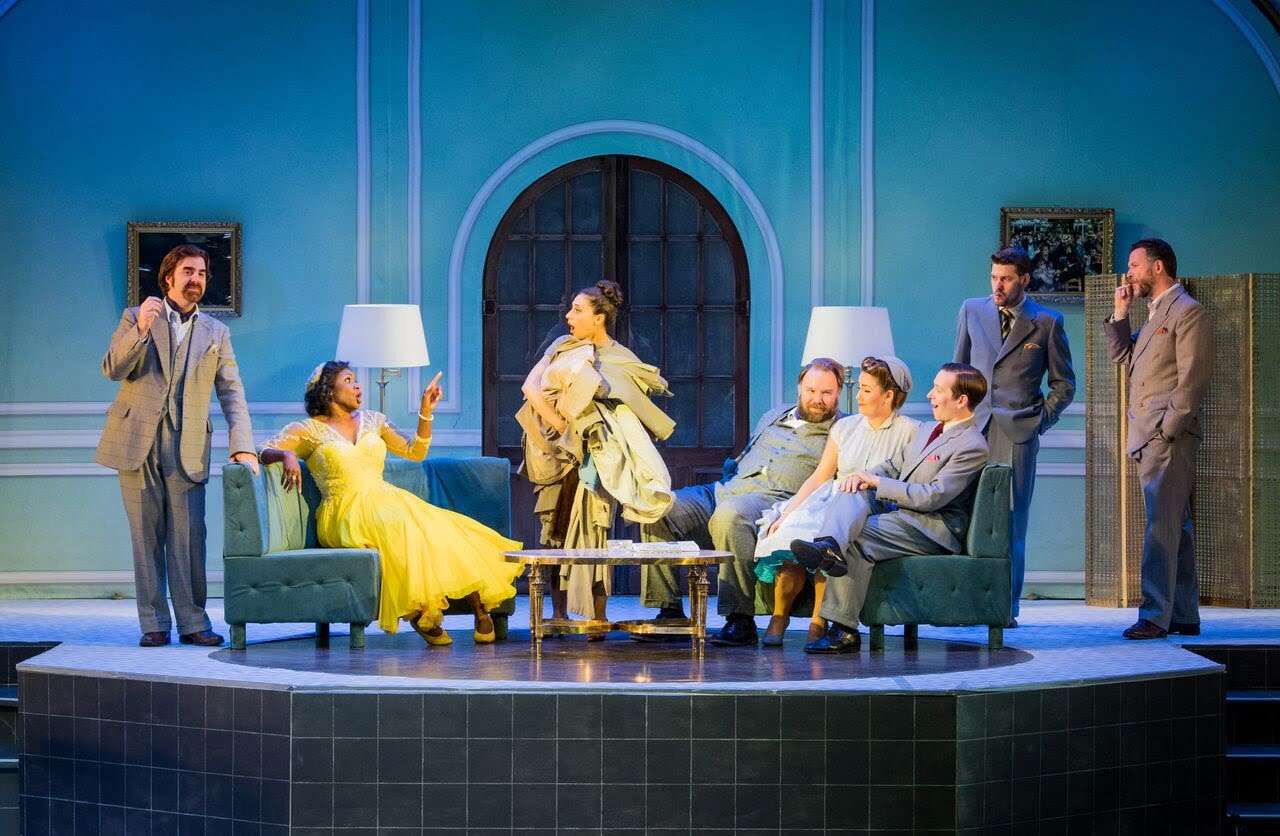 ‘Problem’ operas tend to occur at the start of a composer’s career. Puccini’s La rondine (The swallow, as in the bird that migrates south) came later on, in 1917, between Fanciulla and Il trittico, and his problem was its commission as a Viennese-style operetta at the time of the First World War, with the result that it has survived but hardly thrives as a hybrid of comic and serious opera. Undeterred by this, Opera Holland Park (launching its second season as an independent company) has now mounted its third staging, this one being the most ambitious.

As far as summer opera goes, what’s not too like? Waltzes, memorable melodies, a major soprano role and a (supposedly comic, or at least sly) La traviata rerun of the beautiful kept-woman, Magda, who goes AWOL with a handsome young lover, but who sensibly returns to the fold to resume her geisha-like duties when Ruggero starts enthusing about marriage, babies and his Momma. Magda accepts, preferably with a regretful shrug and a shrewd appreciation of her lucky escape, that she has made her bed and must lie in it.

One big difference between Violetta and Magda is that the latter doesn’t go all tubercular, but otherwise Magda is one of Puccini’s top vulnerable heroines, and the role is magnificently sung by Elizabeth Llewellyn, blessed with a voice of sumptuous range, security and fullness; you first hear her generous lower range, which as it expands higher keeps its character and flexibility. Llewellyn also has a powerful presence; she is compelling as the worldly woman taking one last chance at love, and easily strides between archetype and straightforward characterisation. In every respect she rises to the occasion. Ruggero is taken by Matteo Lippi. He may have come from Italian-lover central-casting but his tenor works wonders in high-note ardour – and you can easily imagine Lippi adding many touching moments to a lighter-hearted production. 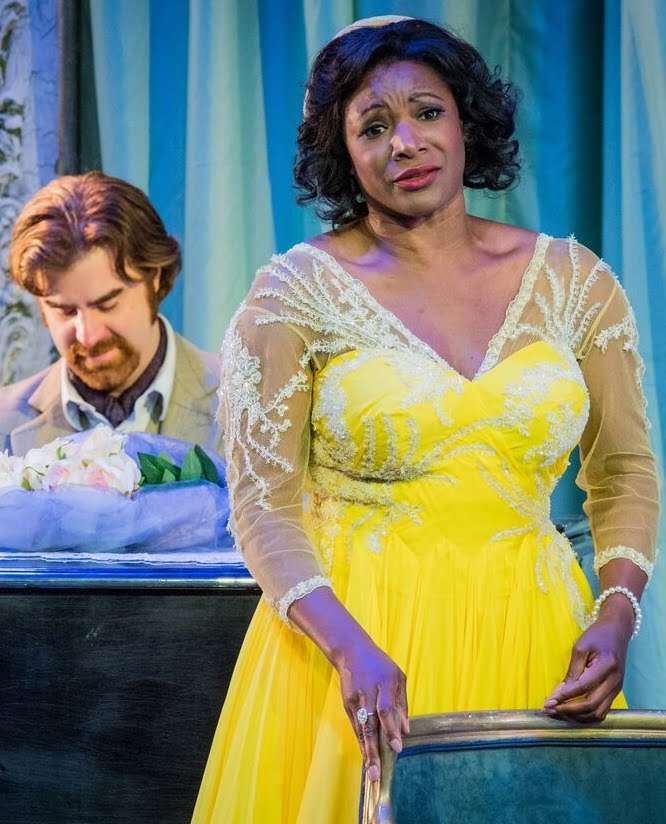 Martin Lloyd-Evans’s production shares Puccini’s misgivings about La rondine’s identity, in that he pushes it towards a seriousness that, as with all light opera, is never not there but remains better expressed by being concealed. He and his designer takis have updated it to 1950s’ new-wave opulence, colour and dolce-vita relaxation. The look fits Magda and her saucy trio of girlfriends well but renders her ‘benefactor’ Rambaldo and his stylised trio of cronies, all dressed in grey suits, initially interchangeable; Rambaldo – not a big role if sung with due gravitas by David Stephenson – should have something of the night about him, threatening and inescapable, but it took a while to discern just which ‘suit’ he was.

The dark-side direction made a meal of Act Two’s Bullier nightclub, a conflation of the Café Momus and the Polka Saloon, so that it was unthinkable that a high-class courtesan, albeit one disguised in Capri pants and leather jacket, would have ventured there alone, whereas in a frothy Viennese-style confection, it would have just been a fantastic lark. Puccini’s sexy dances, during which Magda and Ruggero get better acquainted, were also a bit of a challenge for the chorus of rockers, their molls and some Jean-Paul Gaultier-style sailor-wannabes who were obliged to strut some very improbable stuff. The set for Act Three’s lovers’ hideaway on the Riviera, an empty swimming pool full of dead leaves, neatly summed up the dust and ashes of their doomed affair.

The secondary couple, the maid Lisette and the poet Prunier, slipped in an out of focus. Teresa Gevorgyan has the right, light voice but needed more soubrette astringency to contrast with her mistress’s loftier flights of fancy. Prunier – sung by tenor Stephen Aviss with a strong baritone edge to his voice – came across as an under-directed stock camp figure who you couldn’t imagine for a moment having an affair with Lisette. Matthew Kofi Waldren, who has with good reason been nurtured by Opera Holland Park, has a clear idea of the score’s show-time versus high-opera inclinations. There were moments when the music sounded too driven, but there was plenty of warmth, detail and attention to the singers.