Wagner
Die Walküre – the first day of Der Ring des Nibelungen – music-drama in three Acts to a libretto by the composer [concert staging; sung in German with English surtitles] 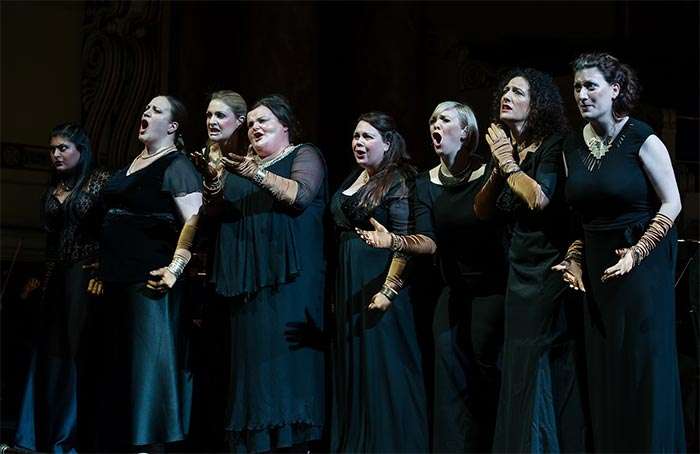 After all the scene-setting compromises and deceptions of gods in trouble in Das Rheingold comes the intense drama of Die Walküre, in which the half-human, half-divine twins Siegmund and Sieglinde unwittingly scupper their father Wotan’s plans for his and the other gods’ future – or so it seems.

I confess I have been willing Opera North’s ‘Ring’ cycle to work, but I was still knocked for six by the impact of this Walküre. It was clear that the opening storm wasn’t a mere curtain-raiser. The momentum set by Richard Farnes’s conducting and his miraculous dovetailing of detail and meaning kept Wagner’s sequence of monologues, duets and confrontations hovering on a precipice of formidable intensity.

Opera North’s concert-staging worked superbly in isolating the incestuous twins at either end of the platform in front of the orchestra, an ideal setting for their fear and doubt to melt into one of opera’s greatest love scenes. Michael Weinius’s tenor was, appropriately for the drama, cautious to start with, but he controlled his build-up of warmth and lyricism into an outpouring of virile tone in ‘Du bist der Lenz’. Lee Bisset managed Sieglinde’s initial reticence with expertly refined singing and matched Siegmund in their fatal union of recognition and desire. 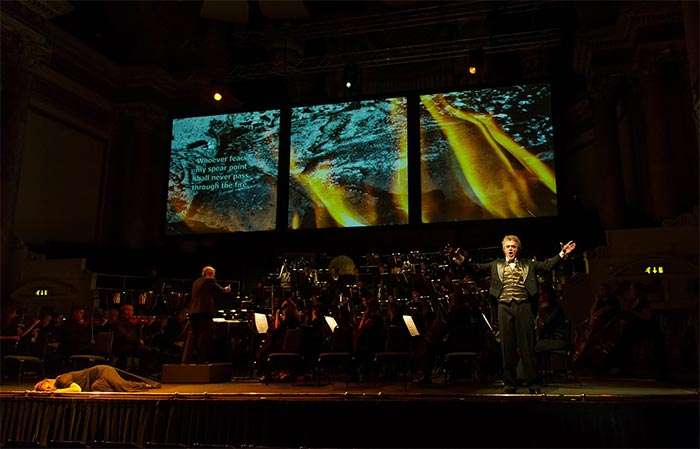 The subsequent corrective to the incest, argued between Wotan and his ‘trouble and strife’ Fricka, introduced Robert Hayward’s admirably lived-in experience and insight, eventually yielding to Yvonne Howard’s magnificently bitter manipulation of the marriage goddess’s sense of duty. It was no wonder that Wotan’s anticipation of “das Ende” sounded so completely drained of hope.

We’d also had our first encounter with Kelly Cae Hogan’s Brünnhilde, which was to dominate the rest of the drama. Hogan is the only singer taking her role through the rest of the cycle, and it’s reasonable to anticipate that her warmth, radiance and security of range and tone, coupled to her command and sympathy, will be the significant factor in forging this ‘Ring’. She combines innocence and grandeur in a way that reminds of another much-treasured Brünnhilde, Anne Evans.

Hogan and Weinius held us spellbound during the time-slowing ‘Todesverkündigung’ duet, in which Brünnhilde announces to Siegmund his forthcoming death, only to be gloriously persuaded to change her mind in a victory of heart over head. Both singers sustained miraculous evenness and darkness of tone as Siegmund turned the argument in his favour. It was as fine and solemn as I’ve heard it, matched by peerless orchestral playing.

At the start of Act Three you could hear every sinew straining in ‘Ride of the Valkyries’, fearsomely delivered by the superb octet of war-crazed sisters, aiming their cries of “Hojotoho” with treble-twenty accuracy and panache, and any doubts about restrictions imposed by the staging would have been blown away by their vivid delivery as well as by their protection of Brünnhilde. Her pleading for leniency and Wotan’s Farewell kept the drama in full spate, although Hayward began to tire – he had everything except volume. With Siegfried’s leitmotif emanating from the beautifully played ‘Magic Fire Music’, with magisterial ease Richard Farnes brought the virtual curtain down on this instalment. It was an unforgettable evening.