Kiss Me, Kate
Music & lyrics by Cole Porter to a book by Samuel & Bella Spewack based on Shakespeare’s play The Taming of the Shrew [critical edition by David Charles Abell and Seann Alderking] 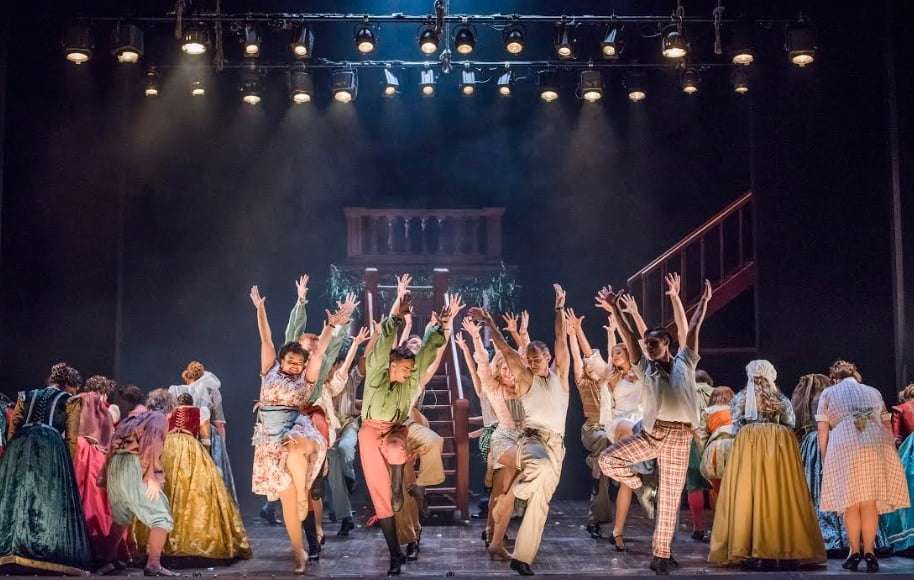 In 1948 Broadway audiences must have wondered what had hit them when faced with Cole Porter’s Kiss Me, Kate with its two stories in one show. They had been used to some of Porter’s innocuous musical comedies in which generally silly plots were wrapped around Cole’s fantastic music and lyrics. The master of both disciplines, Porter was once asked who wrote ‘Some Enchanted Evening’. His answer: “Rodgers and Hammerstein, if you can imagine it taking two men to write one song.”

Perhaps audiences had by 1948 adjusted to the changes that Rodgers & Hammerstein had instigated with Oklahoma!, Carousel and Allegro, all of which broke the mould as to how a musical should be created. When librettist Bella Spewack offered Porter the idea of a musical based on The Taming of the Shrew, Cole really needed a hit show to put him back on top after a number of flops. Rather than convert the Shakespeare script into a straight musical, the idea was to have a theatrical company mount it against a backstage story of the two leading performers, once married, now divorced, but still fighting one another, just as Petruchio and Katherine battle it out in the play.

Even with the two plots colliding, Kiss Me, Kate proved to be a winner and it became the longest running of Porter’s musicals, notching up over 1,000 performances on Broadway. It was also, in 1949, the first musical to win Tony Awards, all five of them. As Fred/Petruchio and Lilli/Kate the show starred Alfred Drake and Patricia Morison who both had semi-operatic voices. Lisa Kirk and Harold Lang as the younger couple, Lois/Bianca and Bill/Lucentio, however, were from musical comedy. 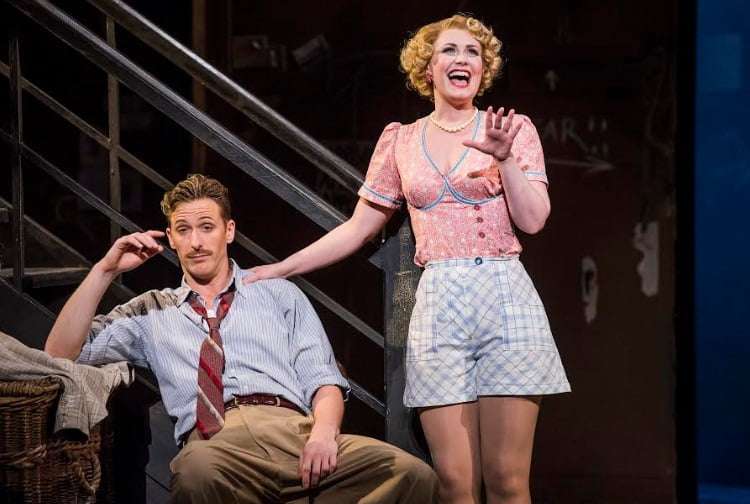 The show reached London in 1951. The first London revival in 1970 was by Sadler’s Wells Opera at the London Coliseum with a cast of opera singers which made the production somewhat on the heavy side. These were days before crossover. There have been many London revivals since – the RSC at The Old Vic and the Savoy in 1987, the Victoria Palace in 2001, Chichester Festival Theatre in 2012, and Opera North in Leeds and on tour in 2015. That production returned to Leeds and is now in London. You can’t keep a good show down and, following a Broadway revival in 1999, New York is already preparing another staging of Kiss Me, Kate for 2019, with Kelli O’Hara (currently appearing as Anna Leonowens in London in The King and I) playing Lilli and Kate.

At the Coliseum Opera North’s fairly sparkling production features opera singers Quirijn De Lang as Fred/Petruchio and Stephanie Corley as Lilli/Kate. The younger couple are musical stars Zoë Rainey as Lois/Bianca and Alan Burkitt as Bill/Lucentio. These castings work very well indeed, the singers with the widest range playing the semi-serious part of the story and the younger elements playing the romantic sub-plot.

Along with a fantastic troupe of singers and dancers, the leads can also shake a leg with the best of them. Will Tuckett’s original choreography lets them dance up a storm. The choral singing too, is spot on and drilled to perfection.

The four leads are well matched and the ensemble performers work together with brilliant precision. There is some outstanding singing and also movement from Aiesha Pease as Hattie, Stephane Anelli as Paul and the two comedy gangsters played by Joseph Shovelton and John Savournin who bring the house down in ’Brush Up Your Shakespeare’, Porter’s famous list song comprising puns on the titles of the Bard’s plays. 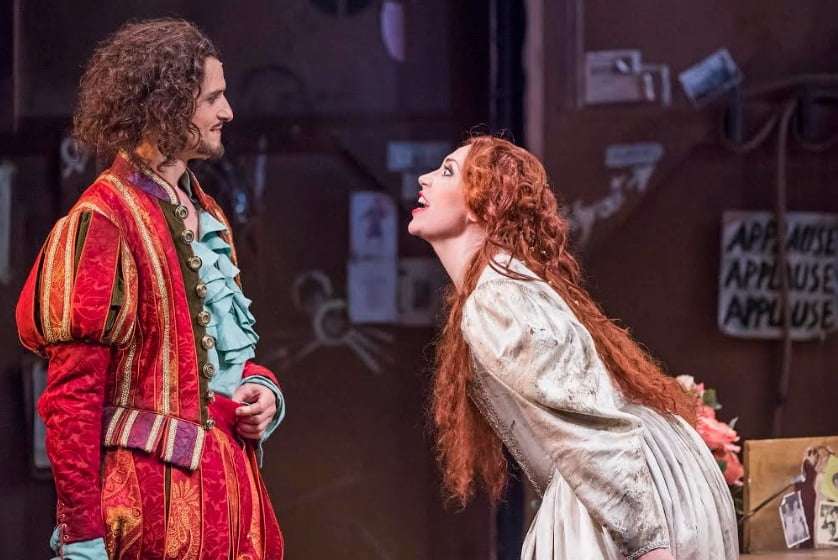 The show itself is packed with brilliant numbers from ‘Another Op’nin’, Another Show’ through ‘Wunderbar’, ‘Why Can’t You Behave?’, ‘So in Love’, ‘Were Thine That Special Face’, ‘Too Darn Hot’, Always True to You in My Fashion’ and so many more. Best of the bunch is ‘We Open in Venice’ with its suggestive notions such as “Lots of quail in Cremona”, Bianca’s tussle with three different men in ‘Tom., Dick or Harry’, again with a hint of the disreputable, ‘I’ve Come to Wife It Wealthily in Padua’ sung by Petruchio and his men friends, ‘Where Is the Life That Late I Led?’ has Petruchio going through his list of past conquests and, perhaps best of all, ‘I Hate Men’ in which Kate knocks the whole of manhood off its pedestal.

Jo Davies’s production moves along in a slick, cinematic way, although sometimes it is slowed down by the Spewacks’ book which appears somewhat dated, is not all that funny now and encourages occasional mugging by the cast.

That said, it is good to reacquaint ourselves with a vintage show in such a fine and detailed production, until June 30.