A celebration of Hispanic music and dance devised by Scheherazade Pesante 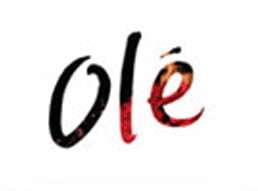 The vibrant music of Spain and other Hispanic countries with its exciting rhythms and plangent harmonies, its passion and drama, has had a considerable influence on music world-wide. Scheherazade Pesante hails from Puerto Rico and the music and dance celebration she has devised reflects what she has experienced in her native land. Her programme-note explains that Puerto Rico has been blessed with cultures from around the world and that Puerto Ricans do nothing without music which is full of the rich rhythms of South America, Africa and Spain, including the vocal mysteries of the Basque and Moorish regions, and all the dances that these diverse cultures spawned. “Olé” is an evening that illustrates the wide range of music and dance that found its way to Puerto Rico.

Some of the composers represented here may be familiar to many but some will not be so well-known. Most know of the music of Manuel de Falla, Joaquin Rodrigo, Enrique Granados, Joaquin Turina and Xavier Montsalvatge, but others such as Isidoro Hernández, Ruperto Chapi, Ernesto Lecuona, Joaquin Chueca & Federico Valverde, Sebastian de Yradier and Tomás Bréton may still be unfamiliar. This programme is a fine showcase, a cross-section of Hispanic music and dance and offers a journey of discovery that yields some entertaining and beautiful compositions.

The show opens with a percussion solo by the very skilled performer Bosco De Oliveira, dedicated to the Yoriba God Elegua who opens all doors and enjoys the odd practical joke. Scheherazade Pesante follows this with a declaration of “De España Vengo”, meaning ‘I am from Spain’, because many Puerto Ricans can trace their roots back to Spain. Then comes the first dance, ‘Flamenco, Solea/Cante Hondo’, which is a variation on the flamenco style of dance, although it is no longer performed in Puerto Rica. Two songs follow that pay homage to the matriarch, for the mother is the abidingly important figure in Spanish cultures with settings by contemporaries and friends Falla and Turina and they were both friends of Ravel and Debussy. Pesante imbues these pieces with real vigour and compassion. Three further songs by Hernandez, Granados and Chapi illustrate the love between a man and a woman. The first, ‘La odilisca’ sees a whore seducing her own master in a seraglio; the second, ‘La maja dolorosa’ finds the woman declaring her anguish over the loss of her man; and the last has the woman lauding her man, even though she now lies in jail. Three different songs, three different moods, all beautifully caught and matched by Pesante.

The programme promises a surprise in the dance of ‘Tango Biyua’ in which Miriam Faura and Giraldo Escabor do an Apache type of movement, highly athletic, seemingly dangerous but immensely thrilling. Zarzuelas are Spanish theatre pieces, a mixture of opera, popular song and dance. Rodrigo’s zarzuela “El hijo, Finjido” sees a mother trying to steal her daughter’s lover. From it ‘Tres canciones de Angela’ the daughter tells of the confusion and sadness of her plight, but finally she emerges triumphant in Pesante’s glorious rendition of these charming pieces.

More zarzuelas in part two with ‘Tango de la menegilda’ from “La gran via” by Joaquin Chueca & Federico Valverde, which brought them a deal of fame in Paris, Vienna, London and New York. This song shows how a servant girl can get on in the world if she has confidence. Other highlights of this enjoyable evening are the marvellous ‘Tango Oblivion’ with Faura and Escabor almost locking heels and Falla’s ‘Ritual fire dance’ from El amor brujo”; Sebastian de Yradier’s influential melody ‘El arreglito’ which is the music that inspired Bizet to write “Carmen”; and the last dance is the fantastic ‘La bomba’ from Puerto Rico via its African roots.

But most memorable of all are the songs by Xavier Montsalvatge, one about a pimp, another a parody of a dancing African, and finally a lullaby to a little slave boy, all concerned with endearing terms for the now politically incorrect ‘negro’, and all exquisitely sung by Pesante with a beauty to break your heart.

Simply set and sympathetically staged by Jane McCulloch, gorgeously costumed by Pesante, excellent accompanying music by Elena Jauregui Narvaez on violin and Stephen Hose on piano, mesmerising dancing by Giraldo Escabor and Miriam Faura, the music is left to speak for itself which it does in volumes. This is a show worth catching when it tours the UK later in the year and a CD is available, too.