Haydn
Die Schöpfung – Oratorio in three Parts to texts compiled from the Book of Genesis, the Psalms and John Milton’s Paradise Lost [sung in German] 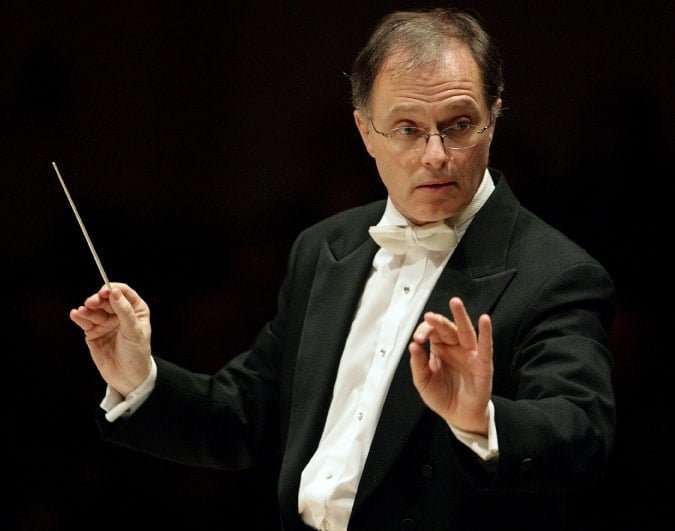 Haydn’s magnificent oratorio, Die Schöpfung (The Creation), may well be the crowning glory of his career. It was not only an unqualified success when it was first performed but is also his most enduring choral masterpiece. It depicts and celebrates the Creation of the World as described in the Book of Genesis and the Psalms, augmented by portions of Milton’s Paradise Lost. The libretto had first been offered by the impresario Johann Peter Salomon (who commissioned Haydn’s Symphonies 93-104 for London) to Handel, who found its substantial length problematic, so Haydn was second choice. Although Haydn preferred the original English text when the work is performed in English-speaking countries, this performance was sung in the German translation by Baron Gottfried van Swieten, a supporter of Haydn and, indeed, Beethoven.

The Oratorio Society of New York, founded in 1873 by Leopold Damrosch, has a distinguished history, and under Kent Tritle, now in his tenth year as music director, its Chorus and Orchestra have acquired a well-deserved reputation for high-quality musicianship. It is rather remarkable to note that the Society’s concerts are all self-supporting at a time when most arts organizations depend heavily upon outside funding. On this occasion the OSNY delivered an admirable performance, notable for clarity and directness. Vocal lines, especially in the fugal episodes, were clear and precise, while the instrumental forces were finely balanced, adding color and nuance to the text.

For the most part, Tritle delivered a candid if relatively tame reading, avoiding over-dramatization. He tended to play-down passages that are distinctively proto-Beethovenian and seem to anticipate Leonore (the first version of Fidelio), which was first performed just seven years after the premiere of The Creation. For example, the high drama of the Oratorio’s opening, with the huge orchestral explosion that immediately follows the first deed of Creation – “And there was light” – did not have the full impact these words call for. Yet in many other powerful sections, the combined forces effectively evoked the drama of the text.

Of the three vocal soloists, Susanna Phillips, sang with a secure, pure tone and silken timbre as the Angel Gabriel. Her resonant voice imbued ‘Nun beut die Flur’ (With verdure clad) with natural beauty befitting the formation of the flowers being described. She was just as impressive in ‘Auf Starkem Fittiche’ (On mighty wings) that opens Part Two, giving the merry lark’s cheerful song a perky quality, especially when decorated with flights of fancy on a solo flute. Aaron Blake showed off his considerable operatic talent in the role of Uriel. Although the role of the Angel Raphael is written for the bass voice, baritone Sidney Outlaw sang in an engaging manner, making every effort within the confines of his rather light vocal prowess to imbue the role with dramatic import. In the trios, the soloists’ disparate voices blended quite nicely, and they were joined ably by alto Lisa Barone from the chorus in the closing number.

Although one might well have appreciated a stronger, more dramatic reading of this glorious work, all the performers distinguished themselves.