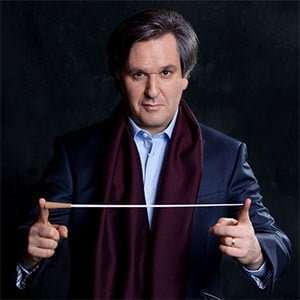 From the very opening, with cellos magically quiet (p recurring), to the release of the final ‘Libera me’, this account of Verdi’s great setting of the Requiem text was as powerful and passionate as it was devoted and innate.

A very special identity with the music informed the Rome-based Santa Cecilia forces, both the Chorus and Orchestra sporting very particular colours, the baton-less Antonio Pappano sculpting and dissecting the score while seeing it whole, relishing operatic glory and nobly shaping the pious episodes and ensuring that everything belonged.

A few of many attention-grabbing and heart-stopping examples included the battering-ram bass drum strokes in the ‘Dies Irae’ (and also when this blistering episode recurs), the circle of off-stage trumpets a little later that were thrillingly theatrical in their 3D placement, and as this extended setting came to a close the flecking-in of brass details seldom heard. In the ‘Ingemisco’ a particularly plaintive oboe solo complemented the tenor, and at the opening of the ‘Offertorio’, the cellos’ counterpoint to mezzo and tenor was spellbinding; and, earlier, in the ‘Dies Irae’ one had lent an ear to the bassoonist shadowing the bass vocalist. Felicities abounded, the bigger pictures were capable of shaking with thunder, and those more-intimate moments glowed with celestial harmony.

Of the soloists, Joseph Calleja could be slightly overloud and slightly dubious in pitch when part of a consort, but was honeyed on his own terms and alluring when contemplative, and Carlo Colombara was a dark-as-night guide, including rolled Rs. Of the ladies, Hibla Gerzmava was sweet of tone and radiant of expression, with plenty of gutsy pleading in the ‘Libera me’, and, replacing Ekaterina Semenchuk (as she had done a few nights previously in Birmingham), Sylvie Brunet-Grupposo was terrific, grabbing the words with distinction and drama.

In the scherzo-like ‘Sanctus’, Chorus and Orchestra were particularly deft with these happy feelings, the strings agile with their filigree, the piccolo cheeky. These few minutes of lightness offset the doom and trepidation elsewhere, but ultimately one came away stirred, consoled, aware of a world away, and satisfied by a performance that felt constantly ‘right’, gratified by finely sifted chiaroscuro and good balance, silences that were as potent as the sound, a Chorus (it’s director Ciro Visco took a separate bow) that may be relatively small in personnel but filled the RFH superbly without forcing and also created an instant of hush that was remarkable. In short, for 80 minutes (to the second), such an intrinsic approach to the music may well have disguised the greatness of the performance … which I suspect will hit me very soon!