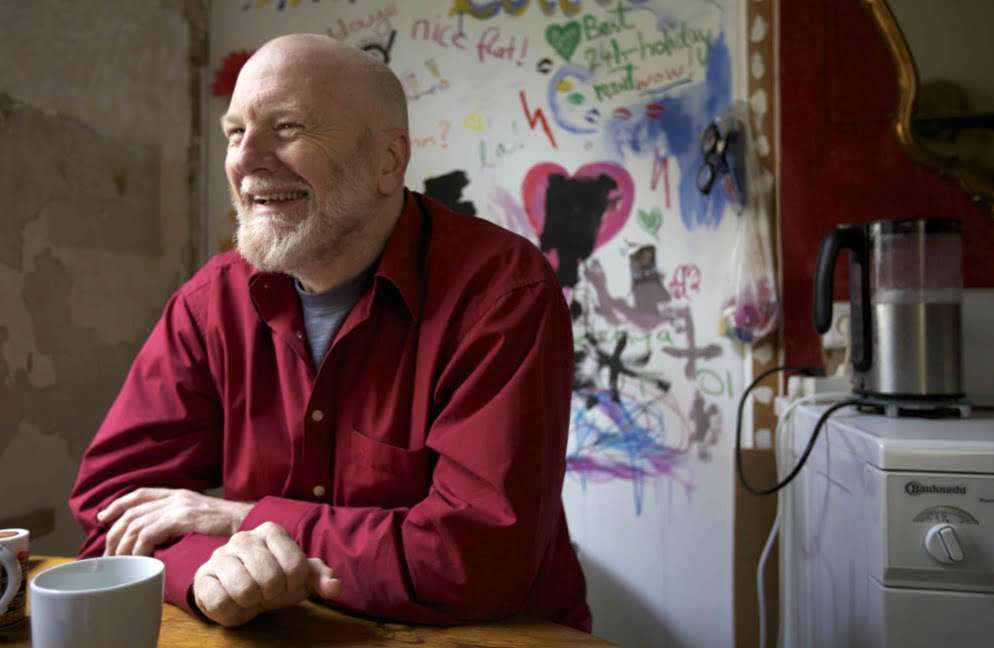 Brett Dean was inspired by Beethoven’s “Heiligenstadt Testament”, a letter to his brothers in which he expressed his despair and struggle with increasing deafness, and contemplated death (although he survived a further twenty-five years). Originally scored for twelve violas in 2002 – for Dean’s colleagues in the Berliner Philharmoniker, where he was a member between 1985 and 2000 – he re-scored Testament in 2008 for chamber orchestra. David Robertson introduced the work, pointing out that the string-players are equipped with two bows, one conventionally treated with rosin and the other rosin-free so that it will skim across the strings, making only soft and dry sounds – the latter intended by Dean to suggest how quill on parchment might have sounded to the nearly-deaf Beethoven. Rosin-free strings dominate Testament’s first half, with an extended flute solo representing Beethoven’s words; then, at its midpoint, conventional strings quote from the Adagio of Beethoven’s First ‘Razumovsky’ String Quartet (Opus 59/1). Robertson ably steered the Orchestra of St. Luke’s through this fascinating work’s varied tempos, timbres and moods to its sudden end.
“Though as a general rule we know / Two strings go to every bow, / Make up your minds that grief ’twill bring / If you’ve two beaux to every string.” [W. S. Gilbert, from Iolanthe] 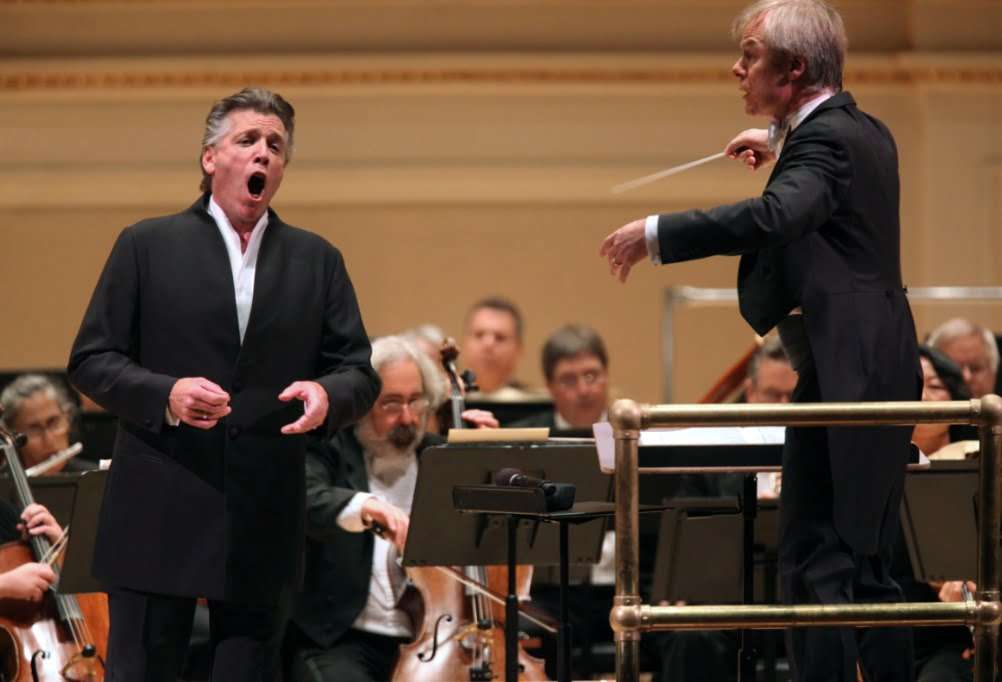 Thomas Hampson has long been associated with the music of Gustav Mahler. He brought a fine sensibility to the texts and spirit of songs from Des Knaben Wunderhorn, with Robertson and St. Luke’s as excellent partners. Hampson brought out the absurdity of ‘Des Antonius von Padua Fischpredigt’ (Saint Anthony’s Sermon to the Fish). In ‘Lied des Verfolgten in Turm’ he presented the touching conversation between a prisoner and his beloved, changing timbre as required, the accompaniment likewise alternating strident and gentle. After an ardent rendition of ‘Das irdische Leben’ in which a starving child’s cry for bread meets with a fatal lack of response, Hampson’s voice bloomed for a child’s dream of celestial pleasures in ‘Das himmlische Leben’, accompanied by lovely oboe solos. Without a pause, Robertson launched ‘Urlicht’ (Primeval Light), Hampson’s heartfelt and glorious rendition offset by gentle horns and trumpets and fine solos. 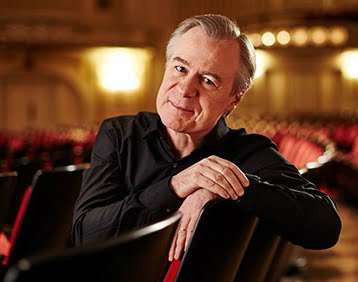 Following intermission, Robertson led a gripping account of Beethoven’s Seventh Symphony. He infused breath into the introductory Poco sostenuto, sustaining interest with emphatic punctuation and a suspenseful transition to the joyous principal idea of the exposition (repeated). Robertson was particularly effective in maintaining fine dynamic control, taking care to keep a lid on crescendos so as to leave ample room for later and greater peaks of volume, which paid even greater dividends in the majestic Allegretto, building inexorably from the gorgeous statement of its theme by low strings to a powerful climax.

By contrast the Scherzo was a spirited dance and in the twice-heard Trio horns and shimmering violins excelled. Robertson charged immediately into the Finale, giving it boisterous energy and drama. At times he shaped phrases almost as questions and answers, engaging the instruments in dialogue. Although subtle strings briefly relieved the relentless pace, it was timpani, horns and trumpets that dominated, driving the music to its swirling conclusion.