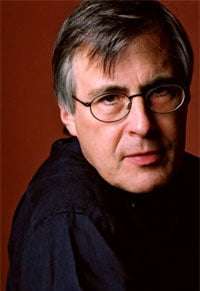 The music of Johann Sebastian Bach’s second surviving son, Carl Philipp Emanuel, rarely appears on programs of traditional orchestras; in fact, his Symphony in E flat had never been performed in Carnegie Hall. The three interconnected movements – Prestissimo in triple meter, Larghetto, and Prestissimo again – are scored for strings with pairs of oboes and horns that blend into the overall sound.

Although the Orchestra of St. Luke’s performs on modern instruments, Christian Zacharias managed to evoke the spirit of a historically-informed performance with a clean, crisp string sound, minimal use of vibrato, and emphasis on rhythmic propulsion, especially in the highly energized outer movements. As a prime example of the Rococo style, this charming and inventive work certainly deserves a more prominent place in the repertoire.

Returning to his roots as a pianist, Zacharias was both soloist and conductor in Beethoven’s Third Piano Concerto. Turning the piano 90 degrees to place it into the middle of the orchestra and taking off the top does however present some acoustical problems. There is more resonance, but it is diffuse, not bouncing off the lid into the auditorium, and furthermore the sound gets intermingled with the orchestral sonorities instead of being clearly defined.

Zacharias took a decidedly Classical approach to the work, emphasizing lean textures and structural clarity, even though he chose not to employ antiphonally seated violins. Although this is arguably the most dramatic of Beethoven’s compositions in the genre, Zacharias underplayed this aspect as conductor as well as pianist, except for the cadenzas. Moreover, he sacrificed rhythmic and expressive freedom by leading from the piano. Without the benefit of a separate conductor in a piece this intricate, and with an orchestra which does not play this repertoire constantly, one gets a straightforward, undifferentiated performance.

In April of 1999 Michael Gielen brought Bernd Alois Zimmermann’s monumental “Requiem for a Young Poet” to Carnegie Hall, showing us the composer at his most anguished and complex. His Rheinische Kirmestänze (Rhenish Fair Dances), a set of five short pieces for thirteen wind instruments that was written over a 12-year period, present his polar opposite side. They include a kind of deranged village dance, a play on the same scale pattern Mahler used to start the Ländler of his Ninth Symphony, drone sounds and Stravinskian neo-classical fanfares. The players relished all the unexpected twists and turns.

Composed a century earlier, Schumann’s Third Symphony is commonly known as the ‘Rhenish’, since “Morning on the Rhine” was the original title of its scherzo. Even though the orchestra’s string section was enlarged by two stands of violins here, it still numbered only some 34 players. This probably was closer to what Schumann may have heard himself, instead of the plush sound of modern-day symphony orchestras. Christian Zacharias is a very energetic and lively person on the podium, conducting without a baton, often eschewing traditional beat patterns for freestyle shaping of the music. He certainly has a great affinity for this work, and he brought out many interesting textual shades. However, overall he is more a vertical than a horizontal conductor, seemingly greater concerned with the clarity of the moment than with expansiveness, long legato lines and overarching structures.

Everything was there, in its place, but one missed Schumann the Romantic, the soaring joy of the first movement for example. The horns shone in the scherzo, but here too less Classical restraint in the conductor’s approach would have been welcome. In the fourth movement similarly the trombones did admirably, however there was little underlying feeling of spaciousness and solemnity for this great chorale fantasy, and the finale to which it leads sounded a bit trite.

Although now some 30 years old, the Orchestra of St. Luke’s essentially does not have a character of its own; lacking a Music Director and playing relatively few full-orchestra concerts, it has never cultivated a unified tradition of sound and approach, upon which guest conductors can build. Zacharias clearly is a classicist at heart and the orchestra responded with a generalized performance, but in Schumann one expects more Romantic nuance, freedom and abandon.