“Roll the clocks back to 1926 for this historically informed performance featuring a big-screen adaptation of Der Rosenkavalier that was once thought lost. This painstakingly restored silent film captures the subtleties of the opera’s comedy, and is accompanied by a live orchestra playing the music Strauss himself wrote for the film, which he conducted at the Tivoli Theatre on The Strand at the film’s London premiere. Before the film, soprano Charlotte Beament sings some of Strauss’ best-loved songs, just as they served as a prelude to the main event back in 1926.” [Southbank Centre website]

Orchestra of the Age of Enlightenment
Geoffrey Paterson

The strong narrative and visual qualities in scores such as Don Quixote and Ein Heldenleben have led some writers to feel that Richard Strauss was the greatest film composer who never was. Concertgoers had the opportunity to put this theory to the test when his only score composed exclusively for film received an airing from the Orchestra of the Age of Enlightenment.

In April 1926 Richard Strauss travelled to London to present the silent-film version of Der Rosenkavalier, accompanied by a version arranged and conducted by him, “the most distinguished event in the history of cinematographic entertainment”, reported a newspaper of the day. The film had been premiered in Dresden three months earlier and there were plans for a US tour. The emergence of talkies in 1927 interrupted this and the film was lost until musicologist and film-music specialist Berndt Heller reassembled a print from sources in London, Prague and Vienna that was complete apart from the final reel. In the current version original production photographs have been used to give a sense of the intended ending. 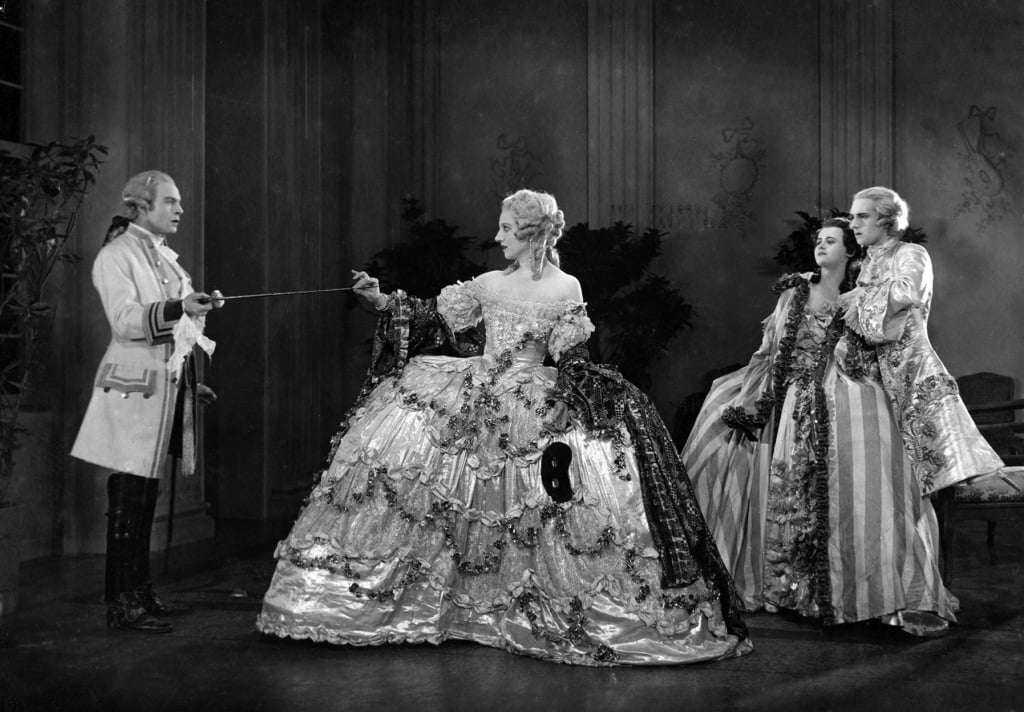 Hugo von Hoffmannsthal, the Rosenkavalier librettist, dreamt up the idea of a film version to give the material further life. New characters and sub-plots were introduced and novel angles were given to the story. The Feldmarschall, absent from the opera, is seen on an epic battlefield; there is an open-air masked ball with eighteenth-century dances; and a party in a beer garden. There are flashbacks to the Marschallin’s convent upbringing and her first meeting with her future husband as well as excursions to Baron Ochs’s tumbledown estate. The Marschallin’s role is considerably reduced and the schemers Valzacchi and Annina play a more important part.

There is less focus on the emotions of individuals and Der Rosenkavalier becomes more of an ensemble piece. There is no bed scene at the film’s opening and no equivalent to the great ‘Trio’ towards the end of the opera (although the music is used elsewhere). The vocal material is transferred to the instrumental parts – the Italian Tenor’s aria is reassigned to horn and harmonium, for example. At one-hundred-and-four minutes the film is much shorter than the opera.

Strauss’s wholehearted engagement with the project is debatable and he had to be persuaded by Hoffmannstahl. The prospect of a handsome cheque and foreign tours changed his mind. For Hoffmannstahl’s new scenes Strauss cut-and-pasted existing pieces and added a movement from his Couperin Dance Suite. The one piece of new music is a March in F for the Feldmarschall. Much of the arrangement was done by Otto Singer and Karl Alwin. The film’s director Robert Wiene intervened in simplifying the screenplay to leave Strauss and Hoffmannsthal feeling sidelined. Strauss also found the task of synchronising with the image difficult when conducting. 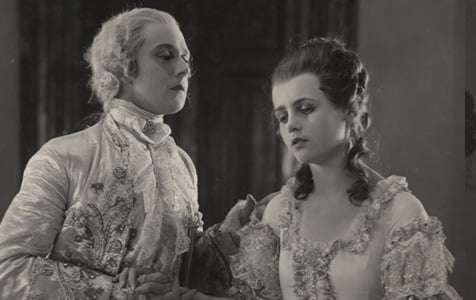 The film looks splendid in a first-class print on a big screen. Wiene had previously created one of the great masterpieces of Expressionist cinema with The Cabinet of Dr. Caligari (1920). There is little of that film’s communicative power in Rosenkavalier although Wiene’s feeling for theatricality is notable in both films with an emphasis on extravagant physical gesture in the opera. The film is more remarkable for the expansiveness of the outdoor scenes and the Schönbrunn Palace is used extensively. There is a spectacular street scene with the Rosenkavalier’s cortege passing through a curved street of high buildings and spectators hanging from every window. There are some lavish interiors by Alfred Roller as well as incredible wigs and soigné costumes.

Wiene gets some ripe performances from his actors, notably Michael Bohnen who had also sung Baron Ochs. Generally the comedy fares better than the romance, and Octavian and Sophie are an uninspired pair of lovers. The best comes from Paul Hartmann. His Feldmarschall is a dignified but lonely figure as he learns of his wife’s infidelity in the midst of battle. 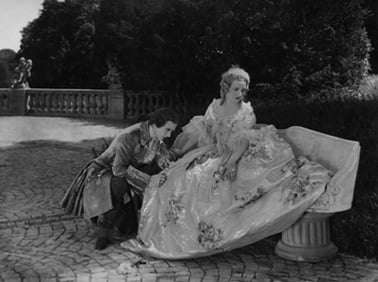 The OAE’s twelve players and Geoffrey Paterson were responsible for telling the story through music, the musicians’ silvery sound and virtuoso contributions the perfect complement to the crisp black and white images. The texture and timbre of the gut strings and the tangy woodwinds was a revelation and the dance music had real swing. Paterson shaped the music well and did a much better job than Strauss in coordinating sound and image.

The film was preceded, as it was at its premiere back then, by Strauss’s Opus 27 Songs and an arrangement of Sophie’s response to the ‘Presentation of the Rose’ from the opera. Charlotte Beament provided fine dramatic projection and rapt concentration.

It would be nice to report that the Rosenkavalier film is an undiscovered masterpiece. That isn’t the case, but it is watchable if uneven and occasionally touching; yet the ending feels abrupt and unsatisfactory and overall it lacks charm in comparison with the opera, although Strauss’s rewrite honours the spirit of the original.