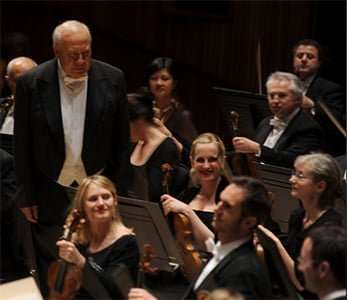 Think of the Suisse Romande Orchestra and its founder Ernest Ansermet (1883-1969) comes immediately to mind. He conducted the OSR for fifty years (from 1918) and made many wonderful recordings with it, mostly for Decca. Neeme Järvi is the OSR’s ninth music director (with effect from last year) and closely associated with rarities of the repertoire, often taking such music into the studio, as he has already with the OSR, for Chandos (discs of Chabrier and Raff are available), and will continue to do so. Much is planned.

All the more surprising then that this Royal Festival Hall concert was so safe – Grieg’s Piano Concerto and Tchaikovsky’s ‘Pathétique’ Symphony, and Arvo Pärt’s music has a particular following. That no Swiss score was included seemed surprising, something by Frank Martin (1890-1974) or a contemporary creator would have been welcome – and Järvi’s musical interests seem boundless – although one recognised the Estonian connections between composer and conductor (born two years apart in the mid-1930s). Silhouette (Hommage à Gustave Eiffel) dates from 2009 and is scored for Pärt’s now-trademark combination of strings and percussion. Although this work has brevity on its side (seven minutes), and is evocative (maybe of a dawning day) in its opening, the ensuing skeletal waltz that never fully forms, although it grows in intensity and volume, fails to honour the architectural prowess of the Tower’s designer. 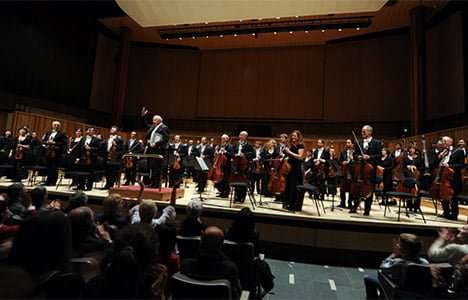 No sooner had welcoming applause subsided, than the timpani crescendo cueing Grieg’s Piano Concerto was audible, Boris Berezovsky fully primed for a powerful and precise first entry. The first movement was freshly and straightforwardly performed, with some swing (Eric Morecambe would have approved!), Berezovsky nimble and shapely, the pianist then exploring some Lisztian references in the cadenza. The Adagio brought much beauty of string tone but also some impatience from Berezovsky (which seemed less so when this movement was encored – although something different would have been welcome rather than this repetition) and if the finale’s outer sections were also overly pushed along, the slower middle passage enjoyed a silvery-sounding flute solo.

So many performances of the ‘Pathétique’! This one had numerous virtues: clear-sighted and characterful conducting and a willingly responsive orchestra (slightly tentative at times), the listener sucked into a familiar score given with distinctive flavour but no false novelty. Järvi’s integrity with the music was appreciable; the thunderous development section was exciting with the OSR just about hanging on to the very fast tempo (but thrills and spills are a part of live music-making). The second-movement waltz was a highlight, a little broader than the norm, suavely elegant and tenderly cosseted with the middle section suitably ominous. The following march wasn’t rushed but was also determined (towards the close, a subito piano caught the ear) … and fortunately it didn’t cue crass clapping as is so often the case, allowing Järvi to go straight in the slow finale, which was moving without being mawkish. The cellos’ and double basses’ fade to nothingness was carefully managed, the ensuing long silence gratifying.

This was a performance that got better and better, revealing some distinctive playing and timbres from the OSR and that its members have a close rapport with their new music director. During the interval Pärt’s percussion had been cleared away, yet leaving tubular bells not needed for the Tchaikovsky, so an encore was coming. As Neeme Järvi explained in witty style, what do you play after Tchaikovsky 6? Well, he made the perfect choice, more Pärt, his Cantus in memoriam Benjamin Britten (for strings and bell). It followed well the Symphony, and this is Britten’s centenary; and if maybe I have heard this music too often (and slow minimalism isn’t very rewarding) this performance was very affecting, the OSR’s strings finding an amplitude of sound and emotional identification that made the strongest defence for the music, the final bell-stroke also offering much significance.