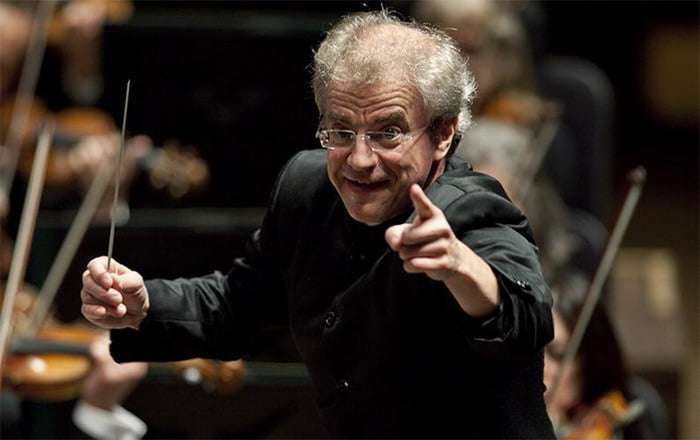 Osmo Vänskä knows his music inside out, every detail focussed precisely, each phrase and turning nursed and coaxed. Score in front of him, he isn’t in the business of ego or showmanship. Choreography he leaves to others. The more serious the repertory, the more serious the man, the more analytically he prepares himself and his cohorts. With him you’ll get an honest performance – if not always the most blazing.

Politely received, Nielsen’s Helios Overture – Grecian sunrise and sunset a century ago, neither Lisztian nor Straussian in temperament – went through the motions, the hairpins of its cyclically related opening and close tailored neatly. But little of the joy and goldenness Nielsen used to speak about came across. Rather, this was the watery sun of a spring day, high cloud misting its strength.

Rachmaninov’s Second Symphony vacillated. Best in the first movement (exposition repeat included) was the second theme and development. Least was the introduction (low gravitas) and first subject – which seemed unduly mannered in its rubato, in particular the delayed tenuto notes. The Adagio – changes of mode less bland than places elsewhere – was comfortably gauged, the paragraphs lined and soaring, the ensemble richly blended, togetherness at a premium. Tempo makes or breaks a performance. Too slow and things drag (the first movement dwelled a touch, more moderato than allegro, threatening the 2/2 current). Too quick and flippancy can rear its head. This was the case with the Scherzo, where the notoriously tricky Meno mosso, second-violins leading off the canon, just about came off but which otherwise needed more bite and attack to convince. More than once I sensed ordinariness, cheapness even, a breathlessness of percussion that a more incisive, less ‘soft’ manner would have removed. When Rachmaninov writes marcato, sempre marcato, molto marcato it’s not just a matter of articulation and attitude but of tactus also: the tighter, crisper the beat the greater the intensity, the more electrifying the accumulation of energy. The Finale was pleasant enough, the ending crowd-pleasingly rowdy, but I wanted more voltage, more proposal and debate, more edge-of-the-seat denouement.

This was a reading that took the pages off the shelf, kept the embers burning, but rarely played with fire. Founded by Charles Munch, the Orchestre de Paris, 119-strong, is now in its fiftieth season. The strings are luscious, the brass finely co-ordinated, the woodwind superlative. They gave everything of their disciplined best. Among many distinguished solos, Roland Daugareil (violin), Vincent Lucas (flute) and Philippe Berrod (clarinet, rightly taking the first bow for his contribution in the Adagio) stood out. Cutting through textures, the violas, right of podium, impressed. This is an orchestra of world standing, with musicians who can think for themselves. They may want direction and interpretation, yes, but Vänskä’s busy over-conducting, his visible need to control everything, seemed on this occasion to only impede proceedings. A little more liberty, more trust in his players, a willingness to make rather than dictate the music, would have been welcome. By the end, faced with the curious dilemma of passionate art turned somehow passionless, I needed air and space. 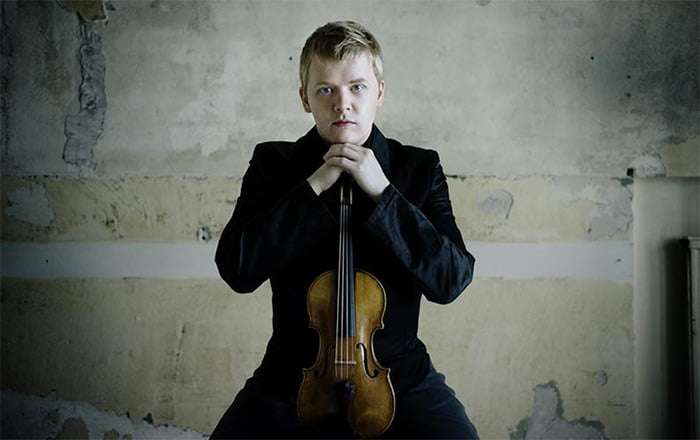 Which certainly could not be said of Pekka Kuusisto’s brilliant account of Prokofiev’s First Violin Concerto, premiered in Paris in October 1923 – and days later by the young Nathan Milstein in Moscow, Vladimir Horowitz at the piano. Playing from music (who cares), Kuusisto favoured a vigorous yet silky approach. He made his violin talk, he took it to ethereal heights, not a note misplaced, he dug into the G-string, he floated his harmonics deliriously, he relished colouring the repeated patterns of the Scherzo and Finale, he plucked pizzicatos like so many delicate berries in a mountain pasture. His delight was child-like. He caught the mood, swaying with the pulse, seducing the orchestra to share in multifarious exchanges. Vänskä, with reduced forces, toed along, albeit having to work hard to achieve clean joins.

With Kuusisto, casually black-shirted, wryly observant, colloquially quaint, ever his own personality doing his own thing, taking his fiddle to the streets, you can never predict what you’ll get for an encore. Well, he didn’t talk or joke (much), sing a Finnish folksong, nor whistle. Loping onto the stage, he started tuning, turning to the violins behind him, drawing them in gradually. He was going to play us a dance, he said, join in. No one did of course – however willing to applaud between movements, or, in the Rachmaninov, to sabotage the central pause of the Adagio. Out of random notes, a melody emerged, ancestral and northern, against a soft humming drone from the orchestra, the more painful for being so pure and sweet-toned. A foot marking time, brow furrowed, eyes gazing wondrously, head turned, the occasional half-smile, man, music and instrument breathing as one. I have no idea what the tune was (a minuet from Tiukka, western Finland?), but, unwittingly, gone before it had started, its aura was the magic of the night, haunting the metro ride home, a damp chill in the air, a Harvest Moon above.