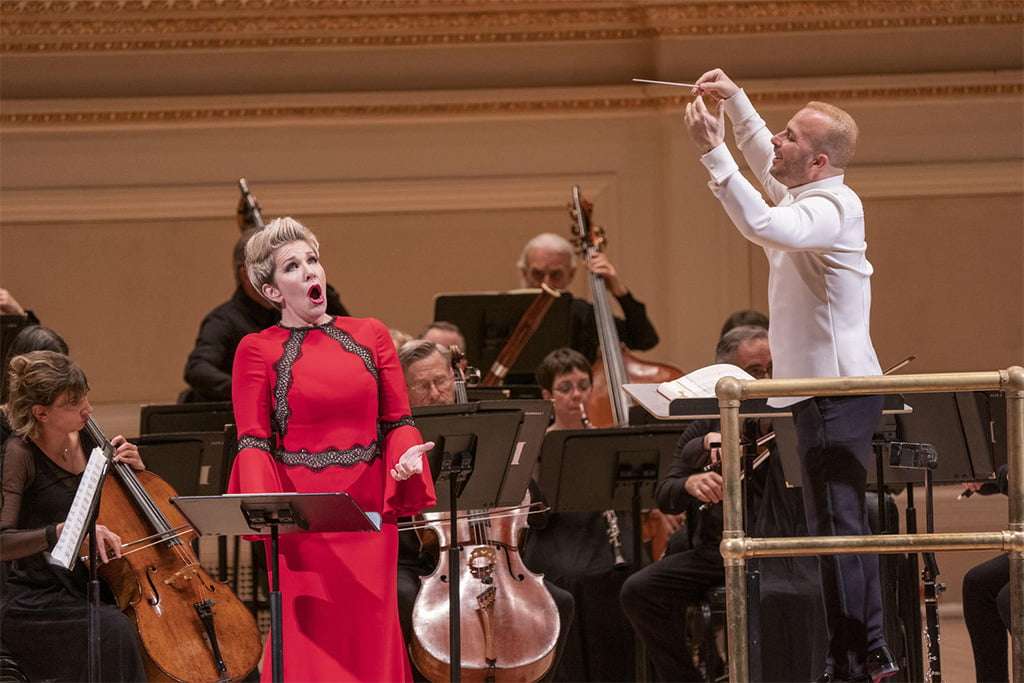 Since 1998 Carnegie Hall has curated its Perspectives series, an artistic initiative in which leading musicians are offered multiple opportunities to explore and share their individual interests across an entire concert season. For this concert, two of this season’s Perspective artists, mezzo-soprano Joyce DiDonato and conductor Yannick Nézet-Séguin, teamed up with the Orchestre Métropolitain de Montréal for the orchestra’s Carnegie Hall debut.

The first half of the program was devoted to music from Mozart’s opera seria La clemenza di Tito. Nézet-Séguin led a thrusting and energetic account of the work’s overture, eliciting exceptional clarity from the musicians, with the counterpoint coming through very distinctly.

Then DiDonato came to perform two vocal selections from the same opera, starting off with Sesto’s brief (five minutes) Act One aria, ‘Parto, parto’, in which he (Sesto is a ‘trouser role’) expresses his emotion after having agreed to participate in a plot to kill his close friend, the Roman emperor Titus (Tito). For this, the singer shared center-stage with Métropolitain’s principal clarinet Simon Aldrich, who played the graceful obbligato part. Their account was absolutely stunning. As DiDonato smoothly and soulfully traversed the widely ranging music with its intimidating coloratura finale, she remained in perfect harmony with the orchestra and the spinning figures of Aldrich’s elegant and agile clarinet. 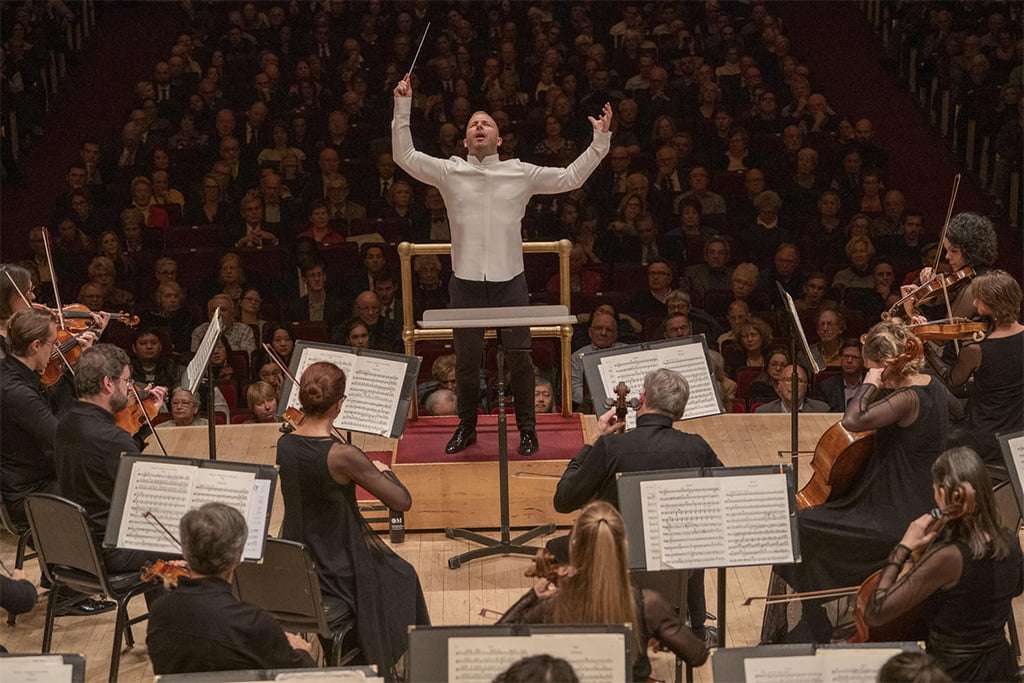 For the next aria, DiDonato changed characters to become Sesto’s lover, the ruthlessly ambitious Vitellia, daughter of the deposed Emperor Vitellio, and Aldrich changed instruments, exchanging his clarinet for a baritone basset horn. The aria ‘Non più di fiori’ – in which Vitellia realizes she has to abandon her hopes for the throne and marriage to Titus – is usually performed by a soprano, but much of its passagework falls deep into the mezzo range. To the best of my knowledge, DiDonato – widely acclaimed for her appearances as Sesto – has never performed the role of Vitellia on the operatic stage. But this confident and profoundly expressive performance made me think she should, as she tossed off the music’s steely notes in a dramatic and flamboyant interpretation, expressing her character’s conflicting emotions with great sadness and determination.

DiDonato became even more theatrical in her encore, ‘Voi che sapete’, Cherubino’s aria from Mozart’s Le nozze di Figaro. Performing it as a scena for two, she involved the wholeheartedly game Nézet-Séguin in the drama as she improvised exaggerated gestures, leaned on his music stand, and cavorted with the violins in a carefree and totally delightful rendition.

After intermission came Anton Bruckner’s Fourth Symphony. Nézet-Séguin led a keenly dramatic reading, topped off by suitably stately climaxes. The Montreal musicians played ably across the board: lithe and energetic strings, sleek and steady brass, wonderfully characterful woodwinds. The first movement was taken quite fast, with precise playing from all involved, but especially the brass. The quietly sober second movement was unusually slow, with the woodwinds and brass maintaining admirable tone and balance throughout, and the strings sounding heavenly. By contrast, the driving third movement Scherzo, brimmed with color and verve, only briefly and rather abruptly moving to a more relaxed tempo in the Ländler Trio section. The sense of drama up kept up throughout the last movement, with the sublime coda sounding absolutely glorious and appropriately conclusive.

Following the extended applause, Nézet-Séguin thanked the audience for their ‘attentive listening’ and explained that with a Canadian orchestra largely composed of women it seemed fitting to offer an encore by a female Canadian composer. A warm and graceful rendition of Montréal-born Violet Archer’s 1940 pastoral ode, Poem, concluded the evening.