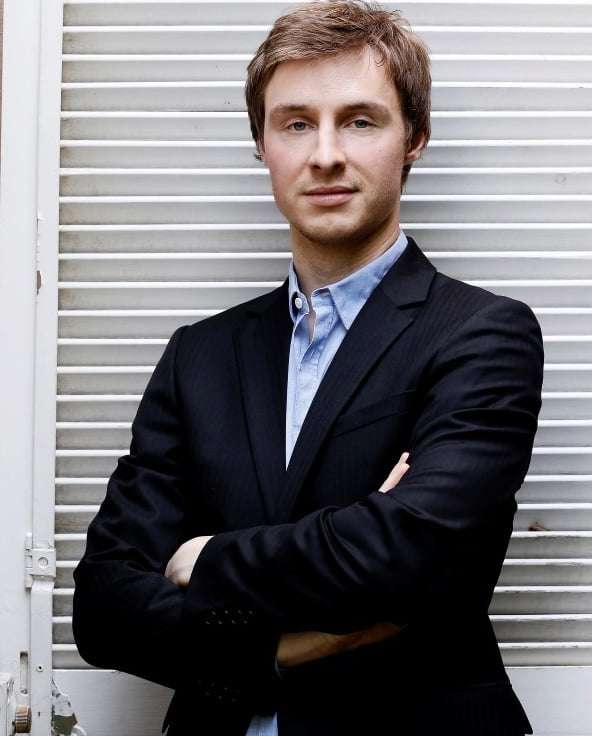 No history of French music during the latter half of the nineteenth-century or following World War One is without reference to France’s oldest premier orchestra, the Pasdeloup, founded in 1861. In its heyday it notably influenced the tastes of the Third Republic (with an emphasis on Berlioz, Wagner and Franck), its catalogue of first performances including a string of significant works from Bizet’s L’Arlésienne Suites and Lalo’s Symphonie espagnole to Ravel’s orchestration of Le tombeau de Couperin and Roussel’s Second Symphony.

Liszt and Berlioz were the Young Turks of Parisian Romanticism. And 1830 was their moment. The year the Hungarian jotted down sketches for what would become his E-flat Piano Concerto. The year the Frenchman finished his opium-fuelled Symphonie fantastique, “Episodes in the Life of an Artist”. The year their paths first crossed, a day before the Symphony’s first performance. Twenty-five seasons later, in Weimar, closer than ever, they gifted the Concerto and its “incandescence” to the world.

This packed-out Pasdeloup concert, accenting youth and virtuosity, was in many ways the perfectly planned programme, organic and compelling at a variety of levels. Gaspard Dehaene is a cultured pianist. He likes to take time, he lets cadences delay and speak with Romantic naturalness, and his sense of harmonic clarity, bass notes in deep-voiced sonorous support, makes for a rich, emotional canvas. Befitting his quiet stance and the pedigree of his teachers – including Bruno Rigutto, Denis Pascal, Jacques Rouvier and Rena Shereshevskaya – his was never going to be a firebrand response to the Liszt manner. Displaying a pianism suggesting that he may intrinsically be more of a ‘runs’ than ‘chords’ man, limpid agility before locked muscularity, he caught the ‘consolation’ beauty of the Quasi Adagio with chiselled Chopinesque calm, the melody bordering on the operatic in its delivery and recitative. That neither he nor Elena Schwarz were in the business of hurrying was evident both from the spacious pause preceding this movement, and, subsequently, its measured first orchestral entry, breathed to allow the piano to melt into darkness before any kind of instrumental response: Orpheus among Orphesians. Occasionally he brought out details that made one look at the score afresh – for instance, the Un più marcato at bar 280 (decidedly, drily menacing) and the tricky join into the Finale. Gapping the descending chord sequences in the opening cadenza surprised – yet made architectural sense. His one encore, Liszt’s transcription of Schubert’s ‘Auf dem Wasser zu singen’, erring towards Perahia in mood, confirmed the lyricist within, a music-maker wanting to dream. 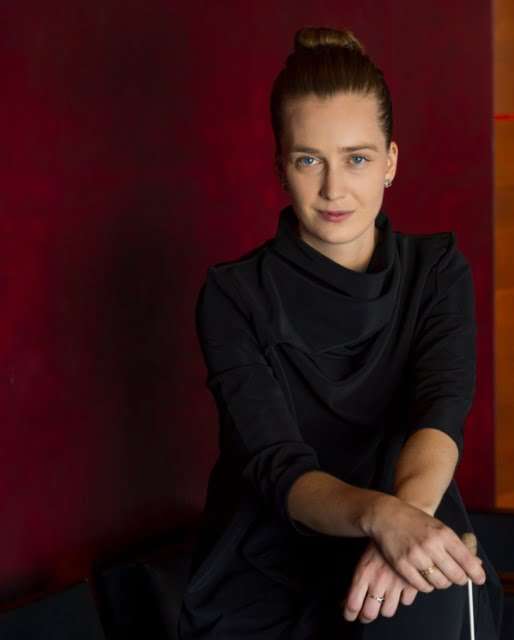 Having benefited from masterclasses with Haitink and Neeme Järvi as well as contact with Peter Eötvös, Elena Schwarz, Geneva-trained, is currently Mikko Franck’s assistant at the Orchestre Philharmonique de Radio France; she also holds assistantships with the Tasmanian Symphony Orchestra and the West Australian Symphony Orchestra. Her handling of the Symphonie fantastique was controlled, balanced and spot-lit, notwithstanding a suggestion, in the first two movements, to tail off phrases a little loosely and to sectionalise rather than connect the structure (apparent also in the Concerto), the flow and electricity between paragraphs not always sufficiently onward in direction. That said, her conception of the music, and especially Berlioz’s personal journey, was penetrating, refreshingly free of gratuitous indulgement. She gave us a first movement (without exposition repeat) that saw radical intentions chained within a Classical mould; a second-movement ballroom waltz (minus cornet) more about idée fixe than “glittering fête”; a ‘Scène aux champs’ of impressionist calm, anguish, “sunset … distant thunder … solitude … silence …”; a scaffold March of apparitions the more terrifying because of their choking inexorability; a Witches’ Finale of “hideous shades, sorcerers and monsters”, all conventions, all the sounds, the orchestras, of Beethoven less than a decade before, suddenly and violently flung into a terrible new ocean.

She and her Pasdeloup players supported each other to the hilt, even if the thinness of the string section proved a drawback in the louder tuttis: eight cellos and six double basses will almost always result in a Fantastique that’s to an extent bottom-light. From their solo contributions in the Liszt (clarinet not least), the presence of quality section principals promised that nothing would be matter-of-fact. Against wind triplets and muted violins, the testing horn entry at fig.4 of the opening movement was a supreme vision, as finely judged and weighted as the Religiosamente sanctifying fig.20, Berlioz’s “whole orchestra as soft as possible” wish innately conveyed. The cor anglais and offstage oboe exchange at the start of the third movement could scarcely have been better, likewise the swelling and receding thunder of the four kettledrums at the end, definition and attack to the fore. Precision articulation similarly hallmarked the March, the rhythmic patterning of the timpani, tightly contained, unclouded by the divisi pizzicato double bass chords at the beginning – the ideal underlay to offset proceedings. In the Finale, offstage bells (elegantly cued) added a coloured, atmospheric tension. The transition (fig.76) into and including the fugue (fig.78) was unearthly, a Hades pit of scurrying lost souls, while the one-bar pianissimo-fortissimo hairpins at fig.85, gran cassa counter-charging ‘Dies irae’, were nearly as grotesque as Slobodeniouk’s in Galicia a few years ago.

On this showing Elena Schwarz is someone to watch, a seriously intentioned musician of taste, discipline and relaxed etiquette, wanting to get the best out of her orchestra, desiring the audience to be attentive, happy to depart us with the shyest of Giulini-like waves.