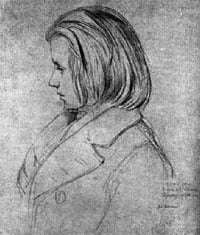 There was some intelligent programme planning evident here; all the music in the first half had a direct bearing on the principal work of the evening – Brahms’s “A German Requiem”.

“Begräbnisgesang” (Burial Song), dating from 1858 – the year after Brahms started work on the ‘German Requiem’ – is notable for its allusions to that work’s second movement, and for its remarkable scoring – twelve wind instruments plus timpani accompanying a mixed chorus. This suggests the possibility of an open-air performance, and though Sir John Eliot Gardiner’s literal reading was effective enough, one could imagine – here and throughout the concert – a less unyielding approach. The singing and playing (especially) were fine.

Accompanied by continuo only, Schütz’s Psalm setting – an anthem in all but name – was given a thoroughly inauthentic performance by a large mixed-voice choir in a concert hall, rather than by boys and men in a church within a liturgical context. Whilst there was some exaggerated ‘pointing up’ of certain words, the antiphonal writing was securely realised. Brahms was a great admirer of Schütz and he set a similar – though not the same – text in the fourth movement of his ‘Requiem’.

Brahms was one of the first subscribers to the ‘Collected Works’ of both Schütz and J. S. Bach, and the latter’s Cantata 60 (again intended for church use) concludes with the striking chorale ‘Es ist genug’ (with its opening phrase rising to an augmented fourth and most memorably absorbed and utilised by Alban Berg in the concluding moments of his Violin Concerto). It was good to hear the ‘original’ version of this, as arranged by Brahms, which led straight into the start of the Cantata, which has a similarly-shaped opening phrase.

Orchestral interplay came across well, which could not be said forNicholas Mulroy who had difficulty making himself heard even above the modest orchestral forces. In “O Ewigkeit, du Donnerwort, the soloists portray ‘Fear’ (alto), ‘Hope’ (tenor) and Christ (baritone). Oddly – and for which no explanation was given – the solo baritone line was rendered chorally, whilst Annie Gill made some dramatic contributions in music intended for a boy’s voice. 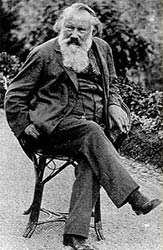 This performance of “Ein deutsches Requiem” was characterised by the clarity of the contrapuntal writing – be it orchestral or choral – and for general security of execution. One or two moments of insecure wind intonation towards the end suggested tiredness on the part of the players but, overall, for a so-called ‘period’ orchestra, the playing was unusually blemish-free, and there were some interesting and illuminating moments from ‘stopped’ horns and staccato clarinets, for instance.

In his programme note Gardiner was at pains to focus on the “inner parts” of Brahms’s scoring, and he was undeniably successful in elucidating these.

But what we may have gained in inner clarity was lost in terms of outer warmth, since this was a performance of chilly – chilling? – accuracy and little else.

The opening string music for divided violas and cellos (presagingsimilar passages in similar contexts by Fauré and, yes, Andrew Lloyd Webber) suggested an anaemic consort of viols rather than the rich sound of a nineteenth-century orchestra, and thus it was throughout. Warmth was noticeable for its absence.

And, in terms of fidelity to the score, one noticed, for example, the opening choral phrases of the second movement were delivered in a healthy mezzo-forte rather than the prescribed pianissimo. Furthermore, there were moments when Gardiner became decidedly ‘romantic’ in a way not indicated by the composer, via unwritten ritardandos and, in the penultimate movement, impeding the excitement by ‘holding back’ on some of the staccato chords, thus disrupting pulse and rhythm.

Katharine Fuge, however, provided exquisite balm in the fifth movement intended as a memorial to the composer’s mother (and, in point of fact, added after the remainder of the work was complete). Dietrich Henschel’s contributions were firmly delivered though sounded oddly anonymous.

If this was a ‘Requiem’ intended for consolation, it has to be reported that, on this occasion, the performance provided a dose of ‘cold comfort’.