Stravinsky
Suite No.2 for small orchestra
Mozart
Piano Concerto No.27 in B-flat, K595
Dvořák
Symphony No.9 in E-minor, Op.95 (From the New World) 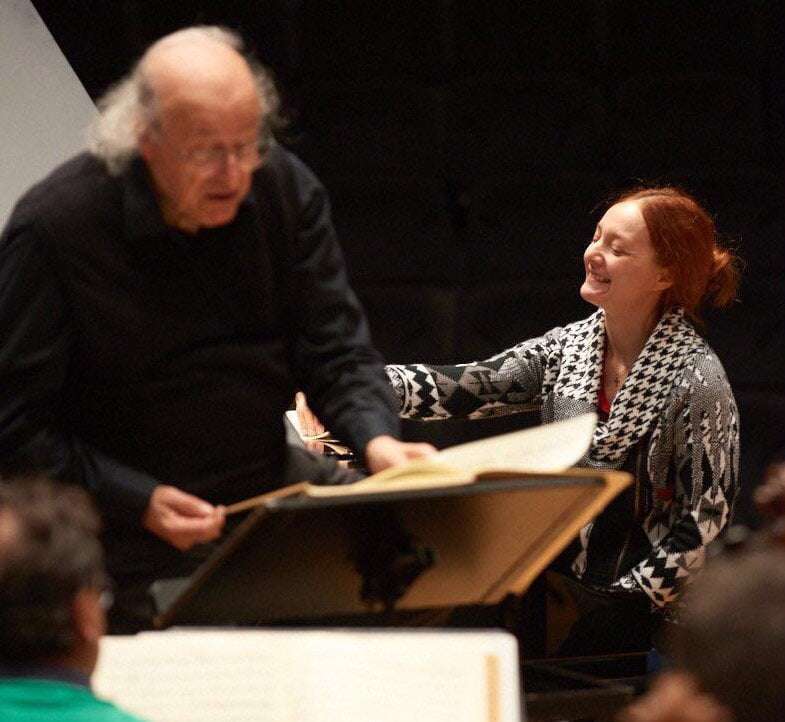 In PR jargon the Orquesta Sinfónica de Galicia, established in 1992, must be one of Spain’s best-kept secrets. Under principal conductor Dima Slobodeniouk it has evolved into a distinctively individual band of cosmopolitan players, with programming not averse, come the Viennese classics, to a generous measure of ‘period’-performance input. Setting high post-production standards, the no-expense-spared video archive, classily filmed, is a glamorous visiting card well-worth auditioning.

Led by Maaria Leino, the spirited concertmaster of Slobodeniouk’s other orchestra, Sinfonia Lahti, this concert, everyone arriving half-an-hour beforehand to tune and acclimatise, offered much to think about. Unusually, though, not all corners were as polished or delivered as we have come to expect. Eliahu Inbal may enjoy muttering and singing but it isn’t that helpful and his cueing wasn’t always clear – which perhaps mattered less in the Mozart and (auto-pilot) Dvořák but exacted a price in the slippery ‘Waltz’ from Stravinsky’s brief but quirky Parisian Second Suite (cellos staged right) where pauses, entries and exchanges could have been tighter, the various sections needing confidence-building. The ‘New World’ Symphony (omitting the first-movement repeat) veered between routine, clichéd (all the customary ‘lyric’ tempo shifts, occasionally severe, contrary to what the composer wrote down – not that anyone ever seems to worry, even the Czechs themselves), poetic (end of the Largo), explosive (brass-dominated first-movement coda, taking alight; the stabbed chording of the Finale), and unforeseen (linking the first two movements – a shade crudely?). The more Inbal puffed the heavier, more rotund the tutti sound became: the rustic nostalgia of the Scherzo would have benefited from leanness and lighter terpsichorean lilt and bite. Best of the solos was the Largo’s cor anglais, taken by the assistant principal oboe, David Villa Escribano – playing of unfussy beauty, pastoral nuance, and leisured phrasing. The peroration of the Finale glowed suitably, the brass in full cry, only a prefatory glitch from the first horn jarring momentarily. 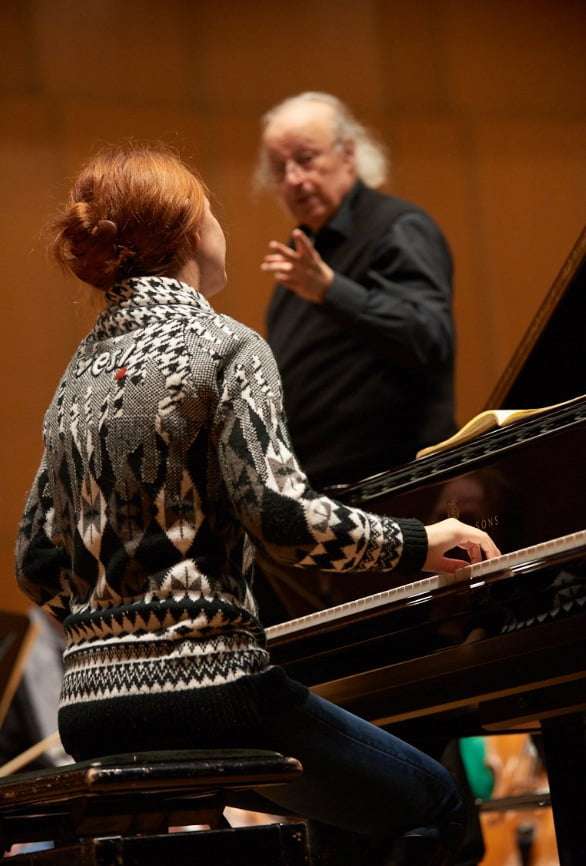 Cutting a fragile, red-haired presence, Varvara Nepomnyashchaya – Varvara as she calls herself these days – won the 2012 Géza Anda Competition (with Beethoven’s musically exacting Third Concerto – not an obvious contest choice but, famously, the making of Radu Lupu in Leeds). Formerly a Moscow student of Voskressensky (Oborin’s stable), her view of Mozart’s final Piano Concerto, outwardly, was as chaste and waxen as her profile. Her pianism is pellucid, she articulates with clarity, tonal purity at a premium. Her loneliness and long fingers refine melodies into songs, she breathes each rise and fall, suspending climaxes with whispers of rhetoric. Her repertory includes the toughest Concertos, but, emphatically no exhibitionist, she’s far from a Russian bruiser, favouring grace and old-world courtesies.

Whether, temporally speaking, you like your Mozart straight or undulating is another matter. Just occasionally I found her operatically-suggestive hold-backs and sudden rushes leading to an overview of the first movement (encapsulated in the cadenza) that inclined to unsettle the equilibrium of the structure. Picking up on this, catching some players unaware, Inbal exacerbated rather than compensated the situation. In this respect a performance Varvara gave in Valencia last January, with Gergiev and the Mariinsky Theatre Orchestra (going for smaller forces), gelled better. Impeccably careful, expressively close to the chest, verging on the almost disembodied, the E-flat Larghetto flowed – a hallowed, Masonic aria in ascension, Leino’s (unanticipated) solo violin and Claudio Walker Moore’s recessed flute transfiguring the dream (bars 103ff). Life overcoming errors veined the closing Allegro, the strings (violas on right, as in the Dvořák later) pointing the 6/8 pulse with a buoyant, resonant spring. The cadenza, following on from the first movement’s, proved less notes and flourishes, more characters and moods, developing perceived/imagined situations before arguing motifs.

Varvara’s search for elements beyond the page, exploring atmosphere, colour and incident, extended into her encore – nothing classical but the open-ended possibilities of Debussy’s ‘General Lavine – eccentric’, from Book II of the Préludes. A thoughtful, private musician, quietly commanding.